Exclusive: Allyson Felix Launches Her Own Shoe Company Two Years After Breaking Up With Nike

After leaving Nike in a high-profile breakup in 2019, American track star Allyson Felix—the country’s most decorated female track and field Olympian—couldn’t reach a sponsorship deal with any other footwear brands. So when the pandemic delayed Felix’s quest to make a fifth Olympic team last spring, she did something nearly unheard of in the sports business: Felix decided to build a shoe company of her own.

Today Felix—who on Sunday night finished second in the 400m at the US Olympic Track and Field trials, clinching her spot in Tokyo—will announce she is launching Saysh, a new lifestyle brand for women. The company’s first product, the Saysh One sneaker, is available for pre-order on the company’s website; for $150, consumers can purchase the shoe and a lifetime membership to the “Saysh Collective,” a digital subscription product that will offer perks like workout videos, opportunities to network with other Saysh members and have conversations with Felix and other newsmakers. (On its own, a Collective membership costs $10 per month.) Over the past few months Felix, who serves as Saysh president, and her brother and business partner Wes, who is CEO, raised $3 million in seed money from a broad range of venture investors. (Allyson, Wes, and Darren Breedveld, a former health care entrepreneur, are co-founders). Felix has been running in a Saysh track spike at the Olympic Trials, and she will do the same in Tokyo at the Games.

Saysh marks the latest chapter of Felix’s stunning transformation from a relatively quiet star athlete, hesitant to break corporate expectations to “stick to sports,” to agent of change. After experiencing pregnancy complications in late 2018 that threatened the lives of both Felix, 35, and her now 2-and-a-half year old daughter, Camryn, Felix left Nike in 2019 over a dispute about maternity protections for future Nike-sponsored mothers. The company soon altered its policies to provide additional benefits, and Felix emerged as an advocate for working mothers in sports. She has since raised awareness about health care inequities facing Black mothers, who are three to four times more likely to die during delivery than white mothers.

After detailing her dispute with Nike in a New York Times op-ed and departing the company, Felix signed an apparel deal with Athleta, becoming the first athlete spokesperson for the female-focused brand. That partnership felt like a statement, and it opened a path for Simone Biles, who joined up with Athleta in April, to make a similar move. (Felix will remain with Athleta, which will offer the Saysh One shoes on its website starting in August.) With Saysh, however, Felix is taking full agency over her legacy. After leaving behind a sports industrial complex that, from her perspective, treated women and mothers unfairly, Felix is creating her own ecosystem: a company and product built by women—the engineer and designer of the Saysh One are both female former Nike employees—for women.

The women’s footwear market, Felix says, has been underserved and diminished by a so-called “shrink it and pink it” mentality. Too often, women’s sneakers are not designed for the contours of a woman’s foot. The Saysh One design includes a narrower heel than a typical running shoe, and a wider forefoot for a relaxed fit. Women’s feet, says Saysh head of product Tiffany Beers, a former Nike product engineer, are typically narrower at the heel and wider at the forefoot than men’s feet, relative to the rest of the foot. Aesthetically, the design seeks to incorporate the look of a wrap dress onto a sneaker, draped over contoured lines that resemble a running track.

“It’s really about meeting women where they are,” Felix, who lives in the Los Angeles area, tells TIME while driving to a late May training session at UCLA. “It’s for that woman who has been overlooked, or feels like their voice hasn’t been heard. That was the biggest thing when I spoke out, was hearing from other women across industries. And having such a connection there, feeling like it’s so much bigger. There’s just that power in the collective.”

When some investors first heard about the idea for Saysh, they were underwhelmed. “My first reaction was to try to talk them out of it,” says Meridee Moore, founder of Watershed Asset Management, a hedge fund based in the Bay Area. Footwear is a saturated market. While Saysh isn’t positioned as a direct competitor to Nike, big legacy companies like Nike (market cap: $209 billion) and Adidas (nearly $70 billion) still dominate. Does the world really need another sneaker? Direct-to-consumer startup fashion brands like Allbirds, valued well over $1 billion, and Rothy’s offer inspiration … and competition.

But Moore, who has served as a business mentor for Felix, consulted with some connections who started direct-to-consumer online brands; they were impressed the Saysh business plan, which gave Moore the confidence to invest. Moore also thinks the timing is right, coming out of the pandemic. As women restart their social lives, she says, they’ll be looking for a comfortable sneaker that matches a dress.

Most importantly, Moore thinks consumers will support Saysh due to Felix’s story. “Her brand is less about beauty and wellness and things that are great, but it’s more strength and fairness and solidarity,” says Moore. That message can really sell these days. “We have a savvier consumer base than ever before, particularly in Gen Z, but also in Gen Y,” says Arielle Patrick, chief communications officer for Ariel Investments, and an angel investor who has a stake in Saysh. “They are obsessed with the people and the ethos and the values behind brands more than anything. I don’t think we’re in a world where just having the most solid product cuts it anymore.”

Saysh plans to roll out different color palettes of the Saysh One later this year, and a second version of the signature shoe product next year. The company could jump into apparel—long-sleeve sweatshirts and t-shirts are potential products—and plans to solicit ideas from its digital community on other product lines to offer. Felix recently announced that she would donate her winnings from the Olympic trials and Tokyo Games to Right to Play, a humanitarian organization the seeks to increase sports access in disadvantaged areas around the world. Saysh will match her donation, says Wes, with a gift of at least $25,000; it could reach around $75,000 if Felix goes on a gold streak.

For Felix, Saysh is clearly a legacy play. Someone recently asked her if her newfound influence could last when she retires from track and field. “I see Saysh as an extension of that,” she says. “If I can bring about some change and create this in a way that I believe it should be built, and do something for women, to me that’s still having a say, and having a voice.” 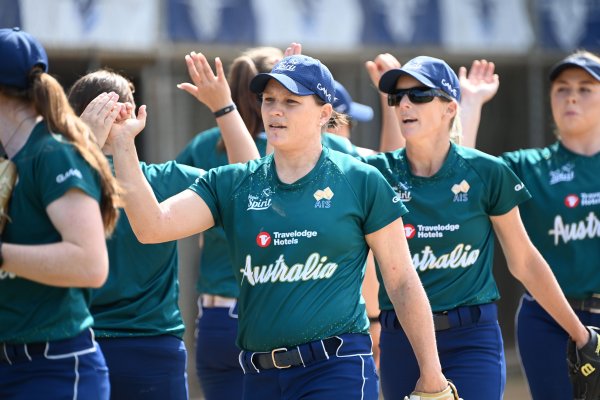 Arriving at the Tokyo Olympics Amid a Global Pandemic
Next Up: Editor's Pick