(The interview below was delivered to the inbox of Leadership Brief subscribers on Sunday morning, June 20. To receive weekly emails of conversations with the world’s top CEOs and business decisionmakers, click here.)

Moments after two passengers on Celebrity’s Millennium cruise ship tested positive for COVID-19 in early June, the phone of Celebrity’s CEO, Lisa Lutoff-Perlo, rang. It was her senior vice president of operations who was onboard carefully monitoring the company’s first cruise from a North American port in 15 months. “When I saw his name come up I said ‘‘This can’t be good,’ says Lutoff-Perlo. “He said ‘We have two positive cases.’”

Few industries have been hit harder by COVID-19 than the cruise business. One of the first enduring images of the pandemic was of the Diamond Princess ship, quarantined off Japan in early 2020 as more and more of its thousands passengers and crew got sick. (HBO just released a documentary, The Last Cruise, on the plight of the ship.) Cruise lines took on billions in debt to make it through the shut down. Royal Caribbean Group, the parent company of Celebrity, reported a net loss of $5.8 billion for 2020 and its net debt rose to $16.45 billion, according to S&P Global Ratings. After suspending operations in March 2020, the company estimated it burned through $250 million to $290 million a month in cash in 2020.

Now, as the nation reopens and people resume traveling, the industry has been caught up in the culture war surrounding vaccines. Celebrity and other cruise lines are requiring that passengers provide proof of vaccines before boarding a vessel. The CDC issued guidelines in April that allowed cruises to sail without preliminary test cruises if the crews and passengers were largely vaccinated, but Florida Gov. Ron DeSantis passed a law barring businesses from requiring proof of vaccines and the state of Florida sued the CDC and the U.S. government in federal court, challenging the cruise guidelines and on June 18, a federal judge sided with Florida, granting the state’s request for a preliminary injunction barring the CDC from enforcing its rules. The judge said that starting on July 18, that they will be only a nonbinding recommendation. Celebrity is planning its first departure from a U.S. port, from Fort Lauderdale in Florida, on June 26. After the ruling, the company said that it was reviewing the order but that it continues to move forward with plans for the June 26 departure. Prior to the Friday ruling, Celebrity had been asking whether booking passengers were vaccinated, versus requiring proof, as in the case of the St. Maarten cruise. The vast majority of customers were reporting that they had been vaccinated, according to Celebrity.

Lutoff-Perlo and her team had spent much of the 15 months they were closed down planning how to reopen safely and when the positive tests came back, Celebrity’s safety protocols kicked in. To start with, the ship was only at 30% capacity as the company tiptoes back to sea. The positive pair, who were asymptomatic, were placed in an isolation cabin, which was connected to a medical facility. Through interviews and reviewing onboard security camera footage, Celebrity identified other passengers and crew that had been in contact with the infected pair, including the other 19 people that had taken an excursion with them. No additional cases were detected and the cruise finished on schedule. Two days after our interview, Royal Caribbean announced it was postponing a cruise scheduled for July after eight crew members tested positive for COVID-19, underscoring the challenges of restarting the industry.

Lutoff-Perlo, who acknowledges that cruising may not be at the top of everybody’s list of reopening activities, recently joined TIME for a video conversation on the pent-up urge to travel, cruise resistors and the current consumer mindset. “People are just going to go for it,” she says.

How quickly were you informed of the positive tests?

What was your initial response when you got the call about the positive tests?

“Oh, shit.” I was disappointed, but I wasn’t freaked out or upset by it because it was bound to happen. It might have been nice if it didn’t happen on the first cruise but it did, and we had done everything right.

Let’s talk a bit more about safety and perception issues: This is just my own personal focus group but when I mention this story to people, the universal response has been ‘That doesn’t sound safe. Going on a cruise is the last thing I would want to do right now.’

Listen, I’ve been in this business for 36 years and long before COVID, people said “Oh, I don’t think cruising is for me,” so I’m not surprised when people say that cruising might not be at the top of their list of vacation choices. But my response to that is being on a Celebrity cruise ship is probably the safest place you can be on the planet right now. So I would take exception to that comment. If I’m traveling, or if I’m going out to dinner and I’m sitting in a crowded restaurant with no social distancing and no requirements for vaccinations and I don’t know who I’m sitting next to. I would feel much safer on a cruise ship right now then I would just about anywhere else, including traveling on an airplane. So I think that people that say that are mis- or ill-informed.

Is there a certain segment of the population that is just not in your total addressable market?

Are you highlighting your safety protocols in your marketing?

Does the debt that your parent has taken on inhibit your ability to operate and do everything you want to do?

It doesn’t. We need to get people back on cruise ships. That’s how we’re going to be successful in paying back our debt, but our long-term strategy has not changed. We continue to build ships. We are taking delivery of Celebrity Beyond in April 2022 . Our chairman is over visiting the shipyards we’re all of our ships are being built this week.

What does a new cruise ship cost?

The ships are over a billion dollars to build.

What is your view of the protests and proposed bans by cities like Venice that object to the stresses these huge cruise ships put on a location.

Part of our opportunity is to work with all of the destinations that we visit in a more meaningful way to understand what they’re worried about. We are partners in this and we certainly want to be helpful. But the one thing that this pandemic has proven is that the cruise industry plays a very meaningful role in the financial health and economic success of so many different places around the world, and those places far out number some of the places that get the most publicity around how they feel about cruise ships visiting, whether it’s Venice or Havana. What I see mostly is legislation being passed so that ships can go back to Alaska, because Alaska is hurting so badly because cruise ships have lost two seasons there and their economy is in really big trouble. I see how happy and how welcomed and well received we were in these Caribbean islands because we were the first cruise line to come back in North America and how happy these islands are that our guests are back. Their economy suffered so greatly because we weren’t there for 15 months. There are so many positive things that we do for economies and people. We can always focus on the ones that stand out that are the most problematic, but they are the exception not the rule.

How has the pandemic changed you?

I’ve learned a lot about being grateful and appreciative for the people that I work with every day to a degree that I probably never would have had the opportunity to do if it were not for this crazy pandemic that we’ve been living through. I’m a pretty hard driver as anyone that knows me will tell you and I know I still have that in me because that’s just who I am. But I really tried to think about what’s important and what’s not important and what to emphasize and what not to worry about emphasizing. Perspective and appreciation has risen to the top of the things that I learned to accentuate that I probably didn’t accentuate enough prior to this. And so I think we’ve all come out of this differently and hopefully better.

There are a lot of predictions that travel is going to come roaring back: what is your sense?

We’re seeing levels of bookings at 2019 levels, which is really, really encouraging. We can see that people are booking their vacations but they’ve been putting off now, really for two seasons. People have money now because they haven’t been able to do anything for so long.

It’s the return of the big spender?

We find that people are treating themselves to better accommodations. We find that they’re spending a lot of money on board because they just want to enjoy themselves. They want to go to the casino. They want to get a massage. They want to go to a specialty restaurant. So I agree with that statement that it’s going to come roaring back. People are just going to go for it because it’s been quite a long time since they’ve been able to. They’re really, really having a great time and getting back to enjoying their lives. I think that goes back to what people have learned during this time—they’ve learned that they miss travel and they learn that they miss connecting with other human beings. We humans were not meant to live the way we’ve been living. 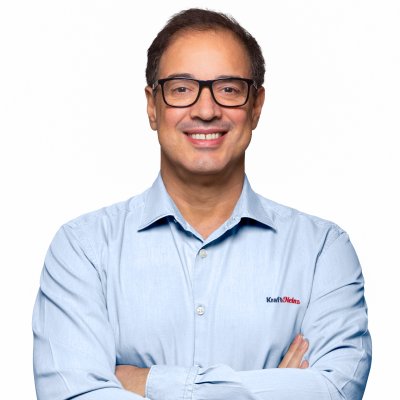 Kraft Heinz CEO on the Ketchup Shortage
Next Up: Editor's Pick