We are a conservative Republican and a progressive Democrat who disagree on a great many things. We write today, however, to highlight an area of strong agreement: a global transition to renewable energy would greatly assist in our nation’s fight against the world’s most corrupt and illicit regimes. If you could wave a magic wand, and transition the world away from fossil fuels, Americans would instantly be safer.

Oil and gas development has often been associated with autocracy and corruption. Governments in countries such as Russia and Iran have used oil and gas to threaten neighbors and fund terrorism. Corruption, autocracy, and terrorism are a persistent threat to nations that stand on the rule of law, and America has long been the exemplar of the rule-of-law nation. A world in which oil and gas money has less power is a world that will likely have less corruption, autocracy, and terror. That world will be a safer world for America.

Let’s be more specific. Iran is the most dangerous enemy we have in the Middle East. Iran is the largest state sponsor of global terrorism today, and a serial human rights abuser at home. It is the implacable enemy of our ally and friend, Israel. It is developing nuclear weapons, which would create a nightmare arms race in the already unstable Middle East. And Iran keeps itself afloat on tens of billions of dollars of export revenues from its oil and gas industry. It has vast oil and gas reserves, with one field estimated to have a trillion dollars in production capacity. Deprive Iran of that revenue, and it becomes a less dangerous nation. Without the potential for future fossil fuel revenue, Iran would have a strong incentive to engage in the world economy in ways that would force it to stand down from its worst behavior, and, hopefully, even join the community of nations. The Middle East becomes a safer place.

Look at Russia. Russia is the most dangerous enemy we have in Europe, and poses a threat to our interests around the world. Russia is the primary sponsor of autocracy, corruption, and discord in Europe. Russia’s agents commit murders in London; Russia’s army occupies Eastern Ukraine, Crimea, and parts of the Republic of Georgia. Vladimir Putin’s petro-politics leverages Russian gas supplies to put constant hostile pressure on its Western neighbors. Russia was memorably described by our departed friend Senator John McCain as “a gas station run by a mafia … masquerading as a country.” Take away the gas in the gas station, and the gangsters have nothing to run their gang. Without that source of money and power, Russia’s ability to bully and corrupt its neighbors diminishes, its gangster oligarchs have less to steal, and its economy shrinks from the size of Italy’s to the size of Switzerland’s. All of Europe becomes a safer place.

Look at Saudi Arabia. Nominally our strategic partner, Saudi Arabia has a history of funding madrassas that spawned and nurtured anti-Western hatred and recruited terrorist fighters. The Saudi government was responsible for the disgusting murder of Jamal Khashoggi, a U.S. permanent resident who was dismembered at a Saudi consulate in Turkey. His remains have still not been recovered. Only recently have Saudis allowed women to get behind the wheel of a car in their country. Sunni extremism would dramatically diminish if its Saudi oil financing expired.

Our point today is not about climate change. That has its own set of national security concerns. This is about who our friends are and who our foes are; and what the stabilizing and destabilizing forces in our world are. This is about where our foes, and the forces they employ like terror and corruption, get their resources. All too often, it’s from extractive industries like oil and gas. Some see this as a “resource curse” in which countries with wealth to extract fail to develop healthy models of governance. One need not agree on the reasons to observe the fact, and we cannot leave the damage unaddressed.

The fact is simple: a world without fossil fuel resources funding foreign adversaries would be a safer world for America. 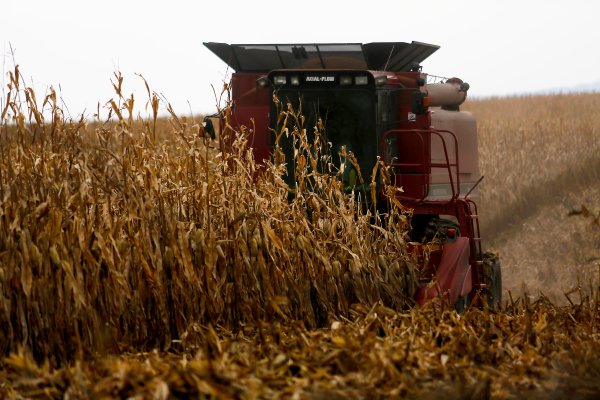