Amazon's logo is seen outside a distribution centre during a demonstration for better working conditions in front of the Amazon distribution centre in Brandizzo on March 22.
Nicolò Campo—LightRocket/Getty Images
By Leah Wilson and Loni Prinsloo / Bloomberg

A march will take place between a central museum and a statue of 17th-century colonialist Jan van Riebeeck in opposition to the project, which was announced in April as part of a 4 billion-rand ($291 million) mixed-use development on the outskirts of the South African parliamentary capital.

While the City of Cape Town—which approved the site—has said the move will create thousands of jobs and give a boost to the Covid-19-ravaged economy, the plan quickly drew criticism from members of the Khoisan people, the original settlers on the land. There are now 50,000 objections from various parties, according to Tauriq Jenkins of the Goringhaicona Khoena Council, a Khoi traditional group.

Opposition is based on “environmental and heritage grounds,” he said, citing the floodplain location and the site of early battles between his people and Portuguese settlers more than 500 years ago.

“Companies like Amazon are expatriating particular kinds of menace which they would not do in their own countries,” Jenkins said.

The march is scheduled for the South African public vacation known as Youth Day, with commemorates the 1976 Soweto Uprising of school children against apartheid education policies.

While Amazon Web Services has been present in sub-Saharan Africa for some time, with clients including Johannesburg-based lender Absa Group Ltd. and Nigerian payments firm Flutterwave Inc., the online-retail operation has yet to build a significant presence. Yet e-commerce on the continent is just starting to take off. A string of firms such as Jumia Technologies AG are looking to take advantage of faster internet speeds and the growth in mobile payments.

“There has been extensive input on how the Khoi heritage of the area would be respected and memorialized,” a spokesman for Cape Town’s mayoral office said in emailed comments, adding that some indigenous groups are supporting the development. Environmental issues regarding the floodplain are also being addressed, the city said at the time the venture was announced in April.

Liesbeek Leisure Properties Trust, which is developing the project, couldn’t be reached. Amazon didn’t respond to a request for comment.

Jenkins and other opponents are determined to derail the project, pledging to physically try and stop bulldozers from beginning work on the land. They instead want the area to be designated a world heritage site.

“Amazon has the wealth and power of the Dutch East India Company back in the day,” Jenkins said, referring to the colonial-era trading company.

— With assistance from John Bowker. 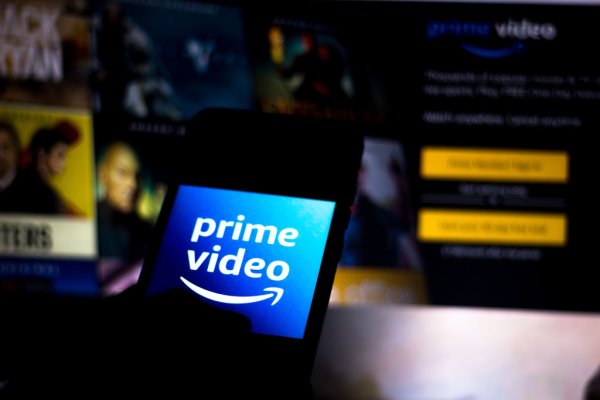 Amazon’s MGM Purchase Could Put the Company in Washington’s Crosshairs
Next Up: Editor's Pick