(Bloomberg) — Daily U.S. air travelers exceeded 2 million for the first time since the coronavirus pandemic began, reaching almost three-quarters of the volume recorded on the same day in 2019, according to the Transportation Security Administration.

Friday’s total is part of a trend toward improving numbers since February, when vaccinations against the virus began to have an appreciable effect and cases started plummeting. The pent-up demand has pushed up airfares for the peak summer travel season as flight schedules have yet to be adjusted for Americans’ return to the skies.

TSA officials screened 2,028,961 people at airport security checkpoints on Friday, 1.5 million more than on the same day a year ago and 74% of the number from 2019, two years ago, the agency said in a statement.

A mask mandate remains in effect for airline travel through Sept. 13. The Centers for Disease Control and Prevention said Thursday, though, that fully vaccinated people do not have to wear a mask in outdoor settings at airports and other transportation settings like the top deck of a ferry.

The seven-day average of people flying on U.S. airlines was 1.82 million — also a post-pandemic high — and is nearly three times what it was early in the year, according to TSA data.

Even so, the weekly average is far below comparable periods from 2019. The past seven days were 71.2% below two years ago and that hasn’t changed appreciably since late May. June traditionally marks an upswing in airline travel as the school year ends and the summer holiday season starts.

—With assistance from Anna Edney and Alan Levin 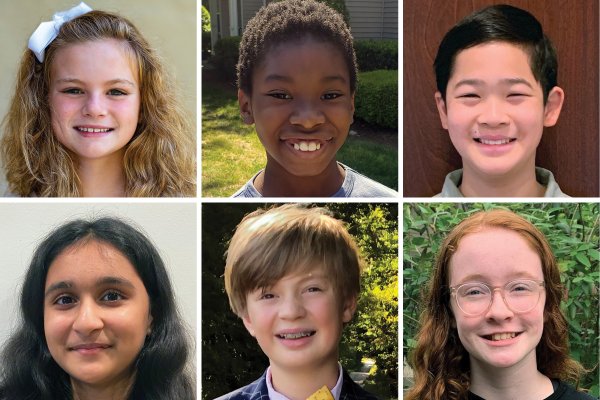 What Kids Learned From the Pandemic
Next Up: Editor's Pick