The typical episode of Flack begins with a disaster. An overdose. An arrest. A middle-aged actor propositioning a starstruck young woman for sex in an airplane bathroom. The show’s second season, debuting June 11 on Amazon Prime Video, opens on police raiding a brothel. Barricaded inside one of the bedrooms with a sex worker, a famous, stark-naked man curses, tries to hide, fumbles for his phone. His first call isn’t to his lawyer or, God forbid, his wife. It’s to his publicist, Robyn, a stone-cold, devilishly creative fixer played by Anna Paquin.

PR is a popular career for TV characters—most of them women—from political masterminds like Scandal’s Olivia Pope and The West Wing’s C.J. Cregg to hedonistic party girls like Ab Fab’s Edina Monsoon and Sex and the City’s Samantha Jones. Few portrayals of the profession are entirely flattering. What separates Flack, a British dramedy that moved to Amazon following a first season that aired in the U.S. on Pop, from its predecessors is both the intensity of its focus on the quotidian labor of entertainment publicists and the rawness with which it depicts that work and the all-female team that performs it. More than a new spin on an old set of archetypes, it’s the most deliciously dark entry in a wave of series and films that capture the unvarnished drudgery of assistants, agents and other decidedly unglamorous entertainment-industry cogs.

Flack takes its time dismantling its characters’ empowered veneers. Perennially black-clad, jaded and prone to acts of self-destruction, Robyn is racked with guilt over the suicide of her mentally ill mother, whose manipulations she and her younger sister Ruth (Geneveive Angleson) fled from America to London in order to escape. But she’s also terrified, with good reason, of turning into her mom. Robyn’s best frenemy Eve (a hilarious Lydia Wilson) comes across as a posh, feminist ballbuster yet harbors insecurities about her refusal to marry and start a family like a good upper-middle-class girl. Quaking in terror of these harsh mentors is Melody (Rebecca Benson), a wide-eyed Scottish intern who Eve accuses of dressing like Dora the Explorer. Most aspirational and fearsome of all is Caroline (Sophie Okonedo, regal as ever), a founder of Mills Paulson PR. It’s the constant threat of activating her temper that keeps her underlings hustling.

Well, that and personalities for which the rewards of high-stakes PR—sex, drugs, approval, the illusion of power or control—are addictive. It’s a lot of fun eavesdropping on the women of Mills Paulson, with their seen-it-all cynicism and their dry humor. (“I won’t be telling my mother to buy a new hat anytime soon,” Eve deadpans to Robyn, by way of insisting that she isn’t getting too serious about a billionaire boyfriend played by the wonderful Daniel Dae Kim.) They’re sharp enough to anticipate every potential media narrative before the media even realizes a story is unfolding.

But if they’re free of illusions about the private lives and public images of celebrities, Robyn and her colleagues are still in thrall to the work itself. In service of clients who are spoiled, stupid, or both, they take calls at all hours of the night, betray their loved ones and each other, sell out their personal beliefs. (Nothing says feminism like staging a lesbian sex tape to spice up a former child star’s image.) This is work so all-consuming, yet also so meaningless in the grand scheme of things, that it can only be a form of self-medication, not self-fulfillment. For Robyn, a fantastic character whose multilayered personality elicits Paquin’s best performance in years, subsuming her own needs to those of celebrities is a way of obliterating her tortured selfhood: ego death achieved through service to the hopelessly egotistical. Even Caroline, we learn this season, is not exactly the omnipotent boss woman she pretends to be in front of her employees.

Flack shares many elements with Call My Agent!, a French series that airs on Netflix in the U.S.—and that was supposed to end with its recent fourth season, before those episodes proved popular enough to get the show renewed for a fifth, with a film in the works as well. Titled Dix pour cent (Ten Percent) in its native language, the hour-long comedy follows a boutique talent agency in Paris whose unofficial responsibilities overlap substantially with those of Mills Paulson. Although its tone is much lighter than that of the pitch-black Flack, the agents’ efforts to get contracts signed and actors on set can require similarly shrewd manipulation, elaborate lies, interoffice backstabbing. They, too, are workaholics who’ve sacrificed their personal lives to facilitate the creation of what may or may not be art. (With so many parallels between the existing series, the recently announced UK version of Call My Agent! seems a bit redundant.)

In a broader sense, both shows are part of a trend toward entertainment that demystifies the hard, invisible, largely thankless, disproportionately pink-collar labor that goes into manufacturing that same entertainment. One influential forerunner of the current crop was Lifetime’s UnREAL, co-created by The Bachelor alum Sarah Gertrude Shapiro, which pulled back the curtain on reality TV; Shiri Appleby and Constance Zimmer’s codependent, possibly sociopathic producer characters are obvious antecedents to Robyn and Caroline. Filmmaker Kitty Green’s The Assistant traced a simultaneously harrowing and banal day in the life of the young, female assistant (Julia Garner) to a powerful showbiz executive. Although this character never actually appears onscreen, Green is purposely painting a negative-space portrait of real megaproducers like Harvey Weinstein and Scott Rudin—bosses who consume their underlings’ every waking moment and terrorize them into facilitating unspeakable abuses of power.

Even stories about performers and other creative types have, in many cases, shifted emphasis from the industry’s “haves” to its “have-nots” and has-beens. This isn’t totally uncharted territory, Hollywood being its own favorite subject and all. In the mid-2000s, Ricky Gervais’ Extras brought background actors to the fore; BoJack Horseman emerged a decade later. But the past year has seen an unprecedented spike in this kind of show. While Hacks pairs a fading comedy star with a freshly canceled TV writer, I Hate Suzie sees a yeoman actress scrambling to salvage her career and her family following the leak of some compromising photos. After sending up celebrities and network execs in 30 Rock, Tina Fey has turned her attention to Girls5eva, about a one-hit-wonder girl group whose flailing members are desperate to get that reunion money.

Julia Garner endures the anxiety behind a seemingly glamorous job in The Assistant.
Bleecker Street

I don’t think it’s a coincidence that the vast majority of these stories are about women, who are chronically overrepresented in Hollywood’s most underpaid positions, underrepresented in its most glorified positions and tend to get treated like assistants even as the men in their cohorts get promoted. Sexual misconduct often comes up in some capacity, regardless of whether the #MeToo movement is explicitly invoked. (This month brought the announcement of a movie in which Carey Mulligan and Zoe Kazan will play the journalists who took down Weinstein.) To the extent that these movies and TV shows accurately represent how the entertainment-industry sausage is made, one big takeaway is that the bodies getting ground up are mostly female.

Yet, as the many reluctant and enthusiastic traitors to womankind who populate these narratives would surely protest, there’s more going on in Flack, et al., than feminism. More than anything, these are stories about work—about what we sacrifice in the name of money, power, prestige or, ostensibly, art, and what meager rewards such self-flagellation can yield. For so many of these characters, the price they put on their souls is bargain-basement cheap. This is all a far cry from older workplace dramas like Mad Men or Phantom Thread or literally any Aaron Sorkin show, whose flawed protagonists find meaning or ecstasy or redemption through a job brilliantly done. It isn’t just good people who allow themselves to be exploited; masochism and altruism are entirely different things. “The world’s made of two types of people, Shortbread,” Eve advises Melody in one of Flack’s rare tender moments: “the people who take it out on others and people who take it out on themselves.” “Which is better?” her protégée asks. Eve shrugs her off, cigarette in mouth. “I don’t know.” 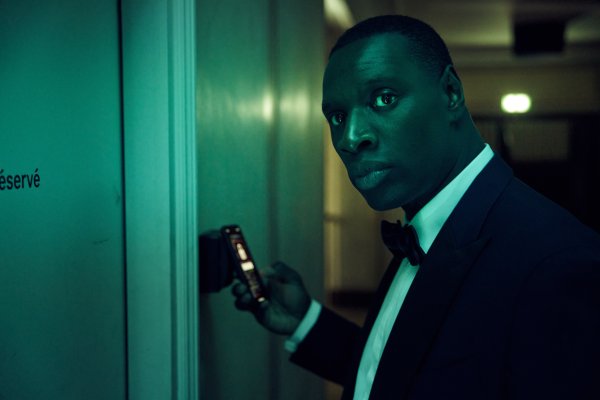 What to Know About the Literary Origins of Netflix’s Buzzy Crime Drama Lupin
Next Up: Editor's Pick