What America's Plutocrats Today Should Learn From Past Generations

The New York Stock Exchange (NYSE) stands in the Financial District in Manhattan
Photo by Spencer Platt/Getty Images
Ideas
By Zachary Karabell
Karabell is an author, investor, and commentator. His latest book is Inside Money: Brown Brothers Harriman and the American Way of Power.

There’s an emerging consensus in America today that the accumulation of vast wealth by a handful of individuals is untenable for our democracy. Balancing the other-worldly success of a few in contrast with the challenges many still face is one of the thornier dilemmas of a post-COVID-19 world where those gaps have grown ever wider. The recent analysis of the tax rates of the mega-rich—which showed that the 25 richest Americans, including Jeff Bezos and Warren Buffet, paid a paltry $13 billion in federal taxes on income and gains of $400 billion over a four year period 2014 and 2018—is just the latest powerful example.

There is, however, an earlier moment in the American past that points to a better balance: that those with great power bear great responsibility, that private gain should not be detached from public good, that the flows of money can create but also disrupt, and that you can’t endlessly beggar the commons. There’s no going back of course—and given how elites of an earlier time were an exclusive club, we wouldn’t want to, but that past does offer some hints of what might work today.

The apex of that formula, where elites of wealth and privilege answered a call to service even as they were, admittedly, self-serving, was during and after World War II, and the exemplar was the private investment firm Brown Brothers Harriman.

At the end of World War II, much of Europe was devastated. Japan had been devastated not just by two atomic bombs but by successive rounds of conventional bombings. Swaths of destruction extended throughout southeast Asia, China, and into Southern Europe. And the United States? It had suffered grievous casualties but its infrastructure and industrial capacity were untouched, and its relative power had never—and has never—been greater. And at that crucial juncture, American companies, the U.S. government and a slew of highly privileged individuals came together to craft a post-war global order, provide massive economic aid to Europe and Japan to rebuild, and set the parameters for trade and commerce that remain the operating code for the planet to this day.

The world-order that was crafted, cemented by American leaders and U.S. leadership underpinned by the dollar, was only possible because those who had benefitted most from the evolution of American capitalism understood that they had a responsibility to preserve and maintain a collective order. They did not act selflessly—the system they erected served their interests. And in light of rigid ideology of Cold War that took hold, how they acted around the globe was far from perfect. But they nonetheless crafted a model of sustainable capitalism that juxtaposed private gain to the public good to create a potent formula that enriched both the U.S. and parts of the world and for a time at least didn’t lead to the wide gaps between winners and losers so troubling today.

Founded at the turn of the 19th century by an Irish linen merchant named Alexander Brown who was fleeing the sectarian violence of Belfast, Brown Brothers became one of the most influential merchant in the U.S. in the decades before the Civil War, as one of the dominant cotton merchants (and thereby deeply complicit with slavery) but also a staunch supporter of the Union cause and the Republican party. They helped create the transatlantic trading system, innovating with financial instruments such as letters of credit that underpinned the whole system. They propelled American trade with the wider world in the later part of the 19th century, and became one of the pillars of an emerging WASP elite at the turn of the 20th century, centered around elite schools such as Groton and Yale, interlinked by professional and personal bonds.

And then, during the Great Depression, the partners of Brown Brothers, led by the great-grand-children of Alexander, merged with one of the great railroad fortunes and its scion Averell Harriman to become Brown Brothers Harriman.

They had a particular culture of noblesse oblige. In an interview in the 1920s, Averell Harriman explained, “It is indefensible for a man who has capital not to apply himself diligently to using it in a way that will be of most benefit to his country.” Another partner, Robert Lovett, who served in increasingly higher positions starting during World War II and culminating in his elevation to Secretary of Defense in 1950, never wavered from his mantra that his affluence and standing in society made it incumbent on him to serve the public good.

In 1941, the founding editor of Time, Henry Luce, dubbed the moment the beginning of “The American Century,” which left a legacy of international institutions ranging from the United Nations to the World Trade Organization to the World Health Organization to an economic system underpinned by the dollar that is still in place. Luce himself was part of what we know call “the Establishment,” a group almost entirely white men connected by a small set of schools and economic interests. Luce had gone to Yale, as had the four leading Brown Brothers partners of his age: Averell Harriman, Roland Harriman, Robert Lovett and Prescott Bush. They had helped Luce launch his media empire. They had all pledged to the elite society Skull & Bones, and their close affinity later led to a backlash (during the Vietnam War) that there was something seriously awry with democracy when a small cabal of WASP elites was pulling the levers of power to their advantage.

In a few short years in the 1940s and into the 1950s, this coterie framed the rules and institutions that define American national security and the global international system to this day. It doesn’t matter whether you celebrate or denigrate that: we live in the world that they made. Lovett and Averell Harriman were integral to every major foreign policy decision during the seven years of the Truman administration from 1945-1952. Harriman served as secretary of commerce, then administrator of the Marshall Plan in Europe and then coordinator for all U.S. aid to Europe in the early 1950s before becoming governor of New York. Lovett served as the number two twice to General George C. Marshall, first in the state department and then the Pentagon before himself becoming secretary of defense for the final years of the Korean War. Prescott Bush then went on to serve two terms as a Republican senator from Connecticut, as well as being the father to one president and grandfather to another.

Their post-war architecture was derived from formula that had made them and their class and by extension the United States rich and powerful: a world governed by an elite and by rules that transcended any one individual or firm. They had helped establish the dollar as the most reliable currency. With the Bretton Woods system (named after the hotel in New Hampshire where the details were hashed out), they engineered the replacement of the British pound, which had been the fulcrum of international trade and commerce for almost two centuries, with the dollar. That made sense, given the relative strength of the U.S. economy at the end of the war, but it nonetheless put partnerships such as Brown Brothers and an entire class of financiers along with the U.S. government as the issuer of dollars in a privileged position in global commerce, which they gladly took advantage of. That dollar-denominated world, more than anything other than U.S. military might, has ensured the primary of the country ever since.

And they also were integral to the creation of that military might. Lovett during the war helped create the modern air force and then been one of the designers of the modern Pentagon and the national security apparatus at the White House: the national security council, and the CIA. He was a staunch Cold Warrior, and under his aegis, the Pentagon developed the first peacetime standing military in American history.

Finally, in one of the more overlooked contributions at the time, Lovett was central to the signing of the multi-nation General Agreement on Tariffs and Trade in 1947, which eventually turned into the World Trade Organization and was founded on the belief that more free-flowing commerce between nations bound by consensual rules would expand the arc of global prosperity, which it undoubtedly did even as in time it came to threaten domestic industry in multiple countries.

Beginning in the 1960s and intensifying in the decades since, the system these men created has come under closer scrutiny for assorted ills: it made America rich but also led to stunted development in much of Africa, Latin America and parts of East Asia; it hyper-charged global trade, but privileged American rules, the dollar and U.S. companies; and the standing army was used and abused with disastrous consequences not just in Vietnam but in multiple countries throughout the world.

Many of those critiques hold water, but it remains true that these men, and a firm such as Brown Brothers, saw a responsibility to address the common good and not just their own pocketbooks. Lovett, a Republican, supported many of the financial regulations of the New Deal including the separation of commercial and investment banking in the Glass-Steagall Act and the formation of a regulator in the Securities and Exchange Commission (SEC). He also went into government service because he believed that it was his responsibility as someone with more to give back and help as he could. Harriman and Bush were both deeply ambitious men of their class, but they too had an unquestioned belief that, as Harriman put it, “public service is a duty.”

The formula of elites cleaving to an ideal of public responsibility unfolded in an era where the gap between the very wealthy and the average worker was a comprehensible multiple of perhaps 20 to 1. Today it is over 300 to 1. They were a closed insular class but they were nonetheless connected to the world around them. Lovett told a story of getting ready to take the train to work from his Long Island home at early one morning when his wife answered the phone and it was Truman calling to ask him to come to Washington. Lovett barked that he was going to miss his train until he realized who was on the other end. He was rich, privileged and called to serve, but he still took a commuter train to work, not a car and driver.

In the middle of the 20th century, elites more or less understood that they had an obligation to public service; in the early 21st century, that is hard to be found. The world that Brown Brothers Harriman and their class created was hardly flawless, and it was deeply exclusive, but it was a coherent system of rules and responsibilities that on balance benefitted not just the United States but much of the world for many years. 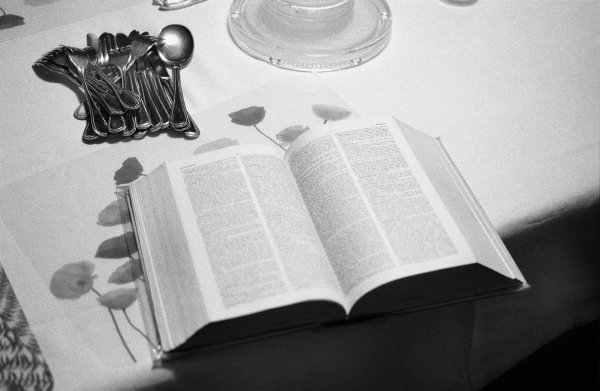 Why Do We Turn to the Word 'Surreal' During Disasters
Next Up: Editor's Pick