Chris Harrison during the After the Final Rose episode of season 22 of 'The Bachelor' in 2018.
Paul Hebert—Walt Disney Television/Getty Images
By Cady Lang

Chris Harrison, the longtime host of The Bachelor and The Bachelorette, is leaving the franchise permanently following a racism controversy—and has reportedly received a major parting deal.

According to Deadline, Harrison’s exit after nearly two decades with the franchise comes with a “mid-range eight figure payoff” and a “promise to keep his mouth shut.”

ABC and Warner Horizon, the studio that produces the franchise, confirmed Harrison’s departure in a statement today: “Chris Harrison is stepping aside as host of The Bachelor franchise. We are thankful for his many contributions over the past 20 years and wish him all the best on his new journey.”

Harrison, who had hosted every Bachelor, Bachelorette and spin-off season from the franchise since The Bachelor’s inaugural episode in 2002, has been on a hosting hiatus since February, after making comments that were dismissive of racism in an Extra interview with former Bachelorette Rachel Lindsay, who became the first Black lead for the franchise in 2017.

In the interview, Harrison defended the past racist actions of a contestant who was vying for Matt James, the star of season 25 and the first Black Bachelor. Harrison questioned the accusations made against contestant (and eventual winner) Rachael Kirkconnell, excusing social media posts and photos that showed her participating in an antebellum-themed party in 2018. (Kirkconnell later apologized.)

“Is it a good look in 2018 or is it not a good look in 2021? Because there’s a big difference,” Harrison said in the interview when asked about the party photo. The host’s tone towards Lindsay and seeming dismissal of the history of structural racism sparked major backlash from fans and former participants of the show, especially given the context of Kirkconnell’s appearance on James’ historic season.

Read More: The Bachelor Finally Cast a Black Man. But Racism in the Franchise Has Overshadowed His Season

While Harrison apologized for his comments, the interview threw into sharp relief longtime concerns about racism in the franchise and Harrison’s culpability when it comes to the franchise’s issues with diversity, representation and inclusion. These were dialogues that had been brewing for years, but reached a boiling point last summer amid a national reckoning with race following the murder of George Floyd. In particular, many fans of the show revisited a 2015 NPR interview in which Harrison defended the show for casting white lead after white lead, stating: “I need to put on people that others want to watch.”

During the host’s initial hiatus after the Extra controversy, the franchise tapped sports media personality and author of Uncomfortable Conversations with a Black Man Emmanuel Acho to host season 25’s “After the Final Rose” episode, where he interviewed James and Kirkconnell about their relationship and Kirkconnell’s past. Meanwhile, former show leads Tayshia Adams and Kaitlyn Bristowe are currently co-hosting season 17 of The Bachelorette, which premiered June 7; David Spade and an eclectic mix of celebrities, including Lil Jon, Lance Bass and Tituss Burgess, will be taking over hosting duties for this summer’s season of popular spin-off Bachelor in Paradise.

News of Harrison’s official departure spread quickly on Twitter on Tuesday morning, with particular attention given to the size of his payout. While some fans supported the decision to remove Harrison as the host of the Bachelor franchise, many were perturbed by the massive sum, which they felt undermined the consequences he is facing. 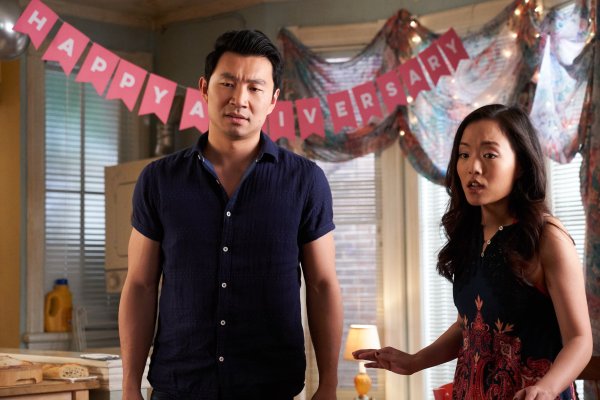