At Apple’s Worldwide Developers Conference (WWDC) on Monday, the second virtual developer’s conference from Cupertino, Calif., CEO Tim Cook and others revealed this year’s upcoming software improvements to each of its many operating system platforms: iOS 15, iPadOS 15, macOS Monterey, WatchOS 8 and tvOS. But the company’s many updates and announcements of privacy-centric features might be the most important thing to come out of this year’s conference keynote.

Online activity is tracked relentlessly in web browsers, and Apple announced more changes to how Safari will shield users. Safari will now hide your IP address while you browse the internet, using what Apple calls Intelligent Tracking Prevention and Safari will show you exactly what sites it prevented from tracking you through a new Safari Privacy Report. That means advertisers will have greater difficulty tracking your online activity, browsing habits or discerning your location using the common tactic of collecting an IP address. Other apps are also getting their own App Privacy Report feature, which will show what data apps are accessing and when. The report will also show which third parties are collecting your data from the app in question.

But the company didn’t stop there. Apple’s push for privacy seems to be a more complete approach, down to the way you access the web itself. The company announced iCloud+, a new service that boasts several new data protection features, the most notable addition being iCloud Private Relay. It’s essentially the company’s own VPN service within Safari. iCloud Private Relay assigns users an anonymous IP address and encrypts your web traffic, ostensibly protecting your browsing from everyone, except you and the site you’re visiting.

VPNs, often used to protect internet usage on dubious wi-fi networks or to access location-specific content (like trying to watch Netflix’s American shows in France) have grown significantly in popularity as more people become aware of how online activity is being used without their knowledge or consent. Apple’s foray into this market of established companies could spell trouble for existing VPN suppliers who might not be able to match Apple’s Safari integration or Apple’s slick marketing of an already existing privacy-boosting tool.

In Apple’s Mail app, privacy improvements abound. One feature, dubbed Mail Privacy Protections, prevents senders from using “tracking pixels” which can identify when someone has opened an email, a measure used heavily by marketers and advertisers. Additionally, the new Hide My Email feature enables users to respond to emails with a random address, keeping their actual email address private, much like the already existing feature that allows users to hide their email address when signing up for a new service or app.

Both Hide My Email and iCloud Private Relay, along with improvements to HomeKit Secure Video, are part of iCloud+, which is simply Apple’s iCloud subscription service, and comes at no additional cost.

These features, at least on macOS and Windows, have been around for a while in some form or another through third-party companies. The browser company Brave allows users to block trackers, and ad-blocking add-ons from companies like Ghostery and AdBlock let users obfuscate their web browsing traffic from advertisers to a certain extent. VPN services like NordVPN and PIA obfuscate traffic on multiple devices, while some can even be configured to run from a user’s wireless router, anonymizing all traffic from every device in your home. Right now, it seems as though Apple’s iCloud Private Relay only works when using Safari. 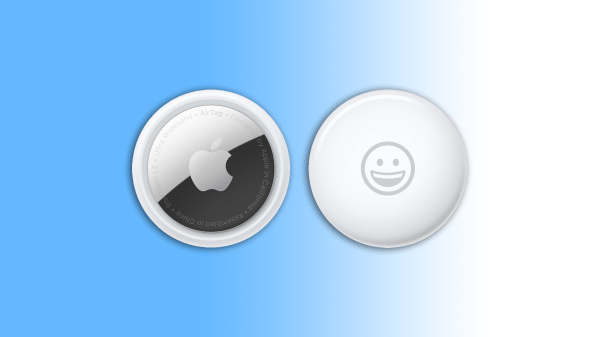 Apple’s AirTags Already Outsmarted the Competition
Next Up: Editor's Pick