The U.S. Navy pilots flying maneuvers in their F/A-18 Super Hornets in 2015 did not have to wait for yesterday’s leak of the classified government report on unidentified aerial phenomena (UAP)—better known as UFOs—to know that they were seeing things they could not explain outside their windscreens. The objects were, yes, saucer-shaped, and they were bobbing, darting and changing directions with a speed and nimbleness that no known technology could manage.

Cockpit cameras captured what the crew was seeing, and in 2020, the Pentagon declassified the footage. Perhaps the most remarkable thing about what the crew saw that day was how unremarkable it was becoming. In the past 20 years, military pilots have made more than 120 sightings of objects with no apparent signs of conventional propulsion—no exhaust or contrails, and certainly no wings or fins.

That program shut down for lack of funding in 2012. But the work resumed last year, when then-President Donald Trump signed a $2.3 trillion COVID-19 relief bill that also required the Pentagon to continue investigating UAPs and release its findings to the public. That release is tentatively set for later this month, but the New York Times published a copy yesterday, and the conclusions are just enough to intrigue everyone and satisfy no one: There is no evidence that the UAPs are of extraterrestrial origin, but nor can that possibility be ruled out.

The report says definitively that the objects are not American military craft, but pointedly does not discount the possibility that they could belong to another earthly nation. Both Russia and China are known to be experimenting with hypersonic technology—vehicles and weapons that can move at five times the speed of sound or faster—and certainly the velocity of the objects seen by American pilots would be consistent with that kind of engineering. But the suddenness with which the objects change directions would—or at least should—cause g-forces that would rip them (or their inhabitants) apart, and the length of time some of them remain aloft goes beyond what conventional fuel technology could support.

“These things would be out there all day,” one pilot told the Times. At the speeds at which the objects were moving, he added, “12 hours in the air is 11 hours longer than we’d expect.” Other objects sighted have done other extraordinary things, including diving from the air into the ocean and back out, once again at seemingly fatal speeds.

Those kinds of so-far inexplicable abilities have caught the attention of a lot of people who normally keep their distance from what could be seen as fringe beliefs.

“What is true, and I’m actually being serious here, is that there is footage and records of objects in the skies that we don’t know exactly what they are,” former President Barack Obama said May 17 on The Late Late Show with James Corden. During her presidential campaign in 2016, former Secretary of State Hillary Clinton was asked about any classified data that might exist on UAPs and how she would handle it as President. “I want to open the files as much as we can,” she said. “There’s enough stories out there that I don’t think everybody is just sitting in their kitchen making them up.” Senator Marco Rubio, a Florida Republican who sits on the Senate Intelligence Committee, is also on the record as wanting more information on UAPs.

But others with deep expertise in space-related matters are simply not persuaded that there is anything otherworldly to be found from investigating the UAP sightings.

“As Carl Sagan said some time ago, extraordinary claims require for their validation extraordinary evidence,” John Logsdon, founder and longtime director of George Washington University’s Space Policy Institute, said in an email to TIME. “Apparently the government report says that there is no such evidence. So I continue to be agnostic about these phenomena, leaning strongly to thinking they are, one way or the other, of human origin.”

In the event that’s indeed the case, Logsdon believes that whatever the government learns will likely remain the government’s business. “If these observations are indeed related to highly classified national security activity,” he said, “I would not expect their origin to be revealed in an unclassified government report.”

More information will surely be forthcoming when the full report drops before the end of the month. But if Logsdon’s right, best to expect the unidentified aerial phenomena to remain unidentified. 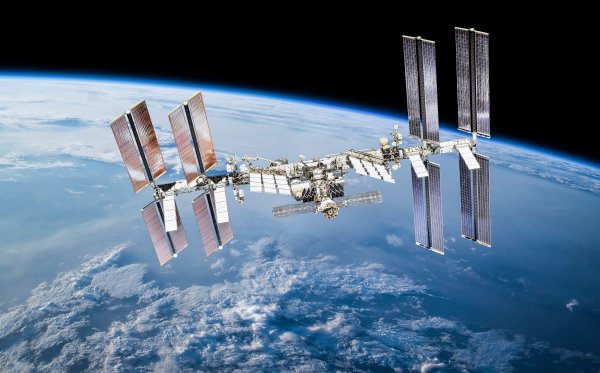 A Private Company Is About to Send the First Paying Crew to the International Space Station
Next Up: Editor's Pick