The Pacific Tsunami Warning Center has issued a tsunami warning for the Solomon Islands, Vanuatu and Papa New Guinea after a magnitude 7.5 earthquake shook the Pacific.

The earthquake occurred 69 miles south of Kirakira on the Solomon Islands Sunday morning, according to the U.S. Geological Survey. It was initially categorized a magnitude 7.7 before being revised down to a 7.5.

The tremors could lead to a violent tsunami, warned the Pacific Tsunami Warning Center. Authorities in the region were advised to take action.

“An earthquake of this size has the potential to generate a destructive tsunami that can strike coastlines in the region near the epicenter within minutes to hours,” warned the PTWC.

An 8.0 magnitude earthquake in February 2013 set off a tsunami that killed at least five people in a remote part of the Solomon Islands, Al Jazeera reported at the time. 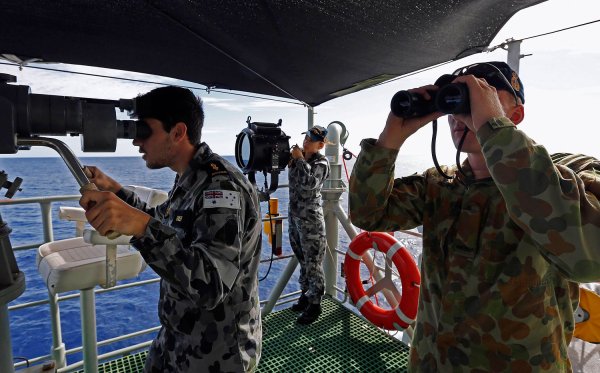 Missing Jet’s Black-Box Batteries May Have Died
Next Up: Editor's Pick