In a broad ruling reaffirming the sovereignty of Native American tribes, the U.S. Supreme Court declared unanimously on Tuesday that tribal police officers have the power to temporarily detain and search non-Native Americans on tribal land if they’re suspected of violating state or federal law.

The case, United States v. Cooley, involved a 2016 incident on the Crow Reservation in Montana where the defendant, Joshua James Cooley, was arrested after a Crow Police Department officer searched his vehicle and found weapons and methamphetamine.

Cooley was later indicted by a federal grand jury on drug and gun charges, but submitted a motion to suppress the drug evidence arguing that the tribal police officer lacked the authority to detain and search him because he is not Native American. The District Court and the Ninth Circuit Court had ruled in favor of Cooley’s argument, which the Supreme Court overturned.

“This is an extremely important ruling from the U.S. Supreme Court,” Colette Routel, the co-director of the Native American Law and Sovereignty Institute at the Mitchell Hamline School of Law, writes TIME in an email, explaining that the “decision was made on broad grounds” that extend beyond the Crow tribe’s specific treaty rights, and was unanimous, which “is rare in Indian Law cases in recent decades.” Routel adds that she views the ruling as part of a larger shift by the court to respect tribal sovereignty and treaty rights, explaining that the court has decided in favor of tribal interests in the past five cases that have gone before it.

Read more: This Supreme Court Case on Hunting Is Really About a 150-Year-Old Treaty and Wyoming’s Existence as a State

The landmark Supreme Court ruling Montana v. United States in 1981 said tribal governments don’t have jurisdictions over non-members on “fee lands” (and, in a 1997 expansion of the ruling, roadways where the federal government has the right of way, like the public highway Cooley was on when detained) with two exceptions: if the non-native person has a consensual relationship with the tribe, like an employment contract, or if their behavior “threatens or has some direct effect on the political integrity, the economic security, or the health or welfare of the tribe.” Tuesday’s decision is the first time the court has applied that second exception.

The ruling could impact the ability of tribal governments to enforce their laws over non-native people amid the crisis of violence against Indigenous women, which Interior Secretary Deb Haaland has said she will make it a priority to combat. “With the crisis of Missing and Murdered Indigenous People (MMIP), it is absolutely essential that tribal law enforcement be able to lawfully detain anyone within the tribal boundaries that poses harm to others, whether a tribal member or non-member,” writes Angelique EagleWoman, the co-director of the Native American Law and Sovereignty Institute at Mitchell Hamline, in an email.

“[The] impact of the case will be to better protect residents of reservations,” writes Joseph William Singer, a professor at Harvard Law School, “and to restore the notion that Indian nations in the U.S. have the legitimate sovereign power to act to protect both their people and anyone within the reservation from harm.” 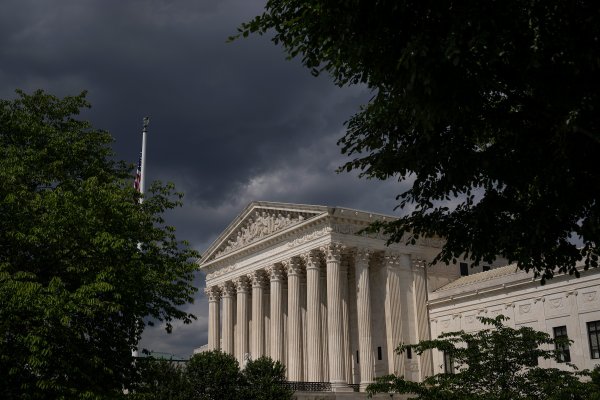 The Most Powerful Court in the U.S. Is About to Decide the Fate of the Most Vulnerable Children
Next Up: Editor's Pick