At a party the night before the AT&T Pebble Beach National Pro-Am golf tournament in California, the 83-year-old noticed tournament director Steve John choking on a piece of cheese. “I looked in his eyes and saw that look of panic people have when they see their life passing before their eyes,” Eastwood told the Carmel Pine Cone. “It looked bad.”

Soon enough, the Hollywood icon performed the Heimlich maneuver on John, lifting him into the air three times and preventing him from choking to death. Then he made him drink a big glass of water with lots of lemon squeezed in it.

Eastwood is already a well-known figure in the tournament, previously as an amateur contestant and now as chairman of the Monterey Peninsula Foundation, which hosts the event and has raised more than $100 million for charity, the Associated Press reports. He probably didn’t expect to add the additional role of life-saver to his duties, but like, he’s Clint Eastwood. He can handle anything. 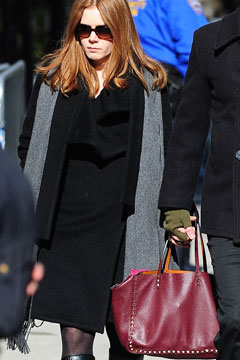 Valentino Apologizes for Using Philip Seymour Hoffman's Funeral to Promote a Handbag
Next Up: Editor's Pick