Ideas
By MiMi Aye
Aye is the author of award-winning cookery book Mandalay: Recipes & Tales from a Burmese Kitchen. She was born and brought up in the U.K. by Burmese parents, but regularly visits friends and family back in Burma. Aye also hosts the food and culture podcast The MSG Pod.

The world will have noted that women have been on the front lines of the revolution in Myanmar, with activists, elected officials, and journalists such as Ei Thinzar Maung, Thinzar Shunlei Yi, Wai Hnin Pwint Thon, Daw Myo Aye, Naw K’nyaw Paw, and Tin Htet Paing playing significant roles.

Many have assumed that this is a newfound feminist ferocity, but from ancient Queen Pwa Saw, to the first woman surgeon Daw Saw Sa, who qualified in 1911, Myanmar women have always been as strong as, if not stronger than, our men. The sad truth is our cause was set back by over 60 years of brutal and misogynistic oppression by the Burmese military.

I spent last Tuesday reviewing evidence from a Myanmar women’s group for submission to the U.K. Foreign Affairs Committee’s inquiry into the Myanmar crisis. Just reading about the atrocities committed by military forces meant I slept badly that night. Nearly 50 women have been killed in the protests so far, and around 800 women have been arrested. Sixty percent of the people involved in the Civil Disobedience Movement, a peaceful protest designed to shut down the country, are women, and they continue to face sexual violence, harassment, abuse, and threats from the junta. Many, including beloved film stars such as Paing Phyo Thu and May Toe Khine, have been charged under Section 505A of Myanmar Penal Code—a disproportionately punitive piece of legislation, and a hangover from colonial times that basically criminalizes freedom of speech. In prison, military forces have subjected women detainees to more violence, humiliation, and even torture.

A huge part of this is a horrific reflection of the misogyny—cloaked in patriarchy—that the military holds dear, having beaten it into the hearts and minds of the people of Myanmar. The military declares itself the father of the nation, but one that deems its female children as lesser human beings.

Read more: How Myanmar’s Protests Are Giving a Voice to LGBTQ+ People

Before Myanmar, then called Burma, first fell to military dictatorship in 1962, its women enjoyed an unusual measure of freedom and power. In 1919, the first women’s association Konmari Athin, was formed; in 1932, Daw Hnin Mya was elected as the country’s first woman councillor; and in 1952, Claribel Ba Maung Chain became the first woman government minister. Burmese women kept their maiden names and property, they handled financial affairs, and voting rights were granted to them in 1922, only 4 years after women in the U.K. got the vote. Melford Spiro, the famous anthropologist, wrote: “Burmese women are not only among the freest in Asia, but until the relatively recent emancipation of women in the West, they enjoyed much greater freedom and equality with men than did Western women.”

Many successful businesses were owned by women, including the Naga Cigar Company founded by my great-aunt Naga Daw Oo and the Burmese Paper Mart, founded by my grandmother Daw Tin Tin, who was also a senior member of Upper Burma’s Chamber of Commerce. Another great-aunt was the famous dissident and writer Ludu Daw Amar, who founded the newspaper Ludu Daily. Shortly after the coup in 1962, all of their businesses, along with those of countless other women, were either shut down or requisitioned by the Myanmar military who were adamant that women should no longer have such power and influence.

Angel a 19-year-old protester, also known as Kyal Sin, lies on the ground before she was shot in the head as Myanmar's forces opened fire to disperse an anti-coup demonstration in Mandalay, Myanmar, March 3, 2021.
Stringer/Reuters

The women’s liberation movement in the country was far from perfect. Even some of our most progressive women, such as author Daw MiMi Khaing, still saw men as spiritually superior, thanks to outdated religious views. But the movement was on the right track until it was derailed by the dictatorship. It then entered what writer Kyaw Zwa Moe referred to as a “feminine ‘dark age’”—an era in which the military and its hardline clerical supporters reinforced dogma for their own regressive agenda.

For example, every Burmese man is deemed to have hpone or glory. An ancient fable relates that men will lose their hpone if they walk under or come into contact with women’s sarongs (known as htamein) or undergarments; according to the military, this was because women are inferior or unclean. This is, however, a subversion of the original superstition which was that women are sexual temptresses; when I had my first period, I was told that I could no longer climb pagodas in case I toppled them with the might of my vagina, and that only men could ever be innocent enough to ascend to the highest plane of nirvana. This concept was just as sexist, but it at least recognized that women were powerful rather than pathetic.

Shortly after the February coup, Myanmar women gladly took advantage of these attitudes to use htamein as barricades against the military. Even the junta knew that it was being ridiculous: If you need any further evidence that the Myanmar military does not really believe that htamein are unclean, its members have been known to wear them at special events because their astrologers once told them that only a woman would rule Myanmar.

The idea of a woman being in charge was so loathsome to the military that when it came to pass, in the person of Aung San Suu Kyi, the generals banned people from saying her name or displaying her picture. During decades of its rule, the military not only sidelined women in terms of financial, cultural, and political power, even worse, they also brutalized them in war—especially women from minority groups like the Rakhine, Shan, Rohingya and Kachin—using campaigns of rape and other forms of violence and terror. It should come as no surprise that women fight alongside men in the ethnic armed organizations, whereas the Myanmar military has no women in its combatant ranks.

But the flames of female resistance never really died down in Myanmar, despite the military’s worst efforts. In 2007, there were notable even our most progressive women, such as author Daw MiMi Khaing, still saw men as spiritually superior, thanks to outdated religious views, women activists in Myanmar’s Saffron Revolution, including Nilar Thein, Phyu Phyu Thin, Mie Mie, Su Su Nway and Naw Ohn Hla. At the time, the Assistance Association for Political Prisoners estimated that since the 1988 Uprising, which also saw many women take a prominent role, more than 500 Myanmar women had served prison terms because of their political activism. In 2015, Phyoe Phyoe Aung, general secretary of the All Burma Federation of Student Unions, was one of the student leaders whose protest against the National Education Bill was violently suppressed by military police in Letpadan.

Read more: The World Has Failed Myanmar, So Now It’s Youth Is Stepping Up

This time around, women activists such as Thinzar Shunlei Yi and Ester Ze Naw are again at the forefront, women lawyers such as Zar Li have been working day and night to ensure the release of detainees, and women journalists such as Naw Betty Han and Nyein Lay are risking arrest and injury to report on developments in Myanmar. Even the first death of a protester was that of a 19-year-old female, named Mya Thwe Thwe Khine.

Since Feb. 1, hundreds of thousands of other women have exchanged their work tools for daily protest marches. Medical workers, teachers, and garment workers are on strike and are all from sectors dominated by women. Tin Tin Wei and Moe Sandar Myint are, respectively, an organizer and the chairwoman of Myanmar’s Federation of Garment Workers, and have spoken out against the coup so vociferously that the latter has gone into hiding for her own safety.

The most promising sign of a much-needed return to gender equality in Myanmar is that the National Unity Government, made up of ousted lawmakers in hiding, has appointed several women ministers, including human rights advocate and former political prisoner Zin Mar Aung as minister for foreign affairs and Ei Thinzar Maung as deputy minister of women, youth and children’s affairs—the latter appointment being groundbreaking in more ways than one, as she is the youngest minister ever at the age of 26.

After decades of misogynistic and violent oppression by Myanmar’s military and its cronies, it finally looks like the women of Myanmar might be taking back everything that we lost and more. The Women’s League of Burma is an umbrella organization of 13 women’s groups, such as the Shan Women’s Action Network, who are working together to enhance the role of women of all backgrounds and ethnicities at a national and international level. A global, growing feminist movement called #Sisters2Sisters has even been set up, through which more than 80 civil society organizations are demanding an end to the violence against women in Myanmar and the immediate release of women human rights defenders.

Whatever happens, we will always have hope, and long may we continue to rise. 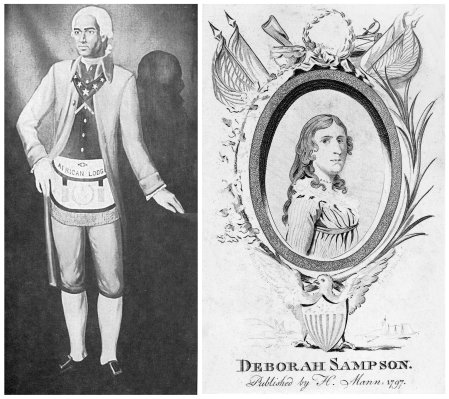 Renaming Army Bases Should Start with Unrecognized Veterans
Next Up: Editor's Pick