Security personnel stand guard outside the Wuhan Institute of Virology in Wuhan as members of the World Health Organization (WHO) team investigating the origins of the COVID-19 coronavirus make a visit to the institute in Wuhan in China's central Hubei province on Feb. 3, 2021.
Hector Retamal–AFP/Getty Images
By Charlie Campbell / Shanghai

Zhao Lijian isn’t one for pulling punches. So when asked Thursday about U.S. President Joe Biden’s decision to reinvestigate whether the coronavirus originated in a Chinese laboratory, China’s hawkish Foreign Ministry spokesman came out swinging: “What secrets are hidden in the suspicion-shrouded Fort Detrick and the over 200 U.S. bio-labs all over the world?”

The lab leak hypothesis has returned to front pages across the world and Zhao’s baseless rekindling of the conspiracy theory that COVID-19 came from the U.S. Army base in Maryland shows how the origin of the pandemic that has so far claimed 3.5 million lives globally is once again a central fissure in the already-tense U.S.-China relationship.

It also spotlights the difficulty in finding any firm answers in an authoritarian state shrouded in secrecy, consumed by victimhood and determined to avoid any culpability that would undermine its pitch that liberal democracy is inferior to one-party autocracy—a contention that Biden has vowed to fight at every turn.

The fact remains, of course, that Biden’s decision to order intelligence agencies to report in 90 days on the lab leak theory isn’t based on any new evidence but the re-examination of existing claims. Key among them is that U.S. intelligence agencies reportedly believe three staff at the Wuhan Institute of Virology (WIV) were treated in hospital in November 2019 with coronavirus-like symptoms—a claim that has circulated for months, but was first reported in detail in the Wall Street Journal.

The U.S. intelligence community is itself split over the issue. “Either it emerged naturally from human contact with infected animals or it was a laboratory accident,” a statement from the U.S. Office of the Director of National Intelligence on Thursday. “Two elements of the [intelligence community] lean toward the former scenario and one leans more toward the latter.”

Of course, China’s insistence of flinging mud instead of facilitating a thorough investigation means that not only will the cloud of suspicion remain, but we may never know the true cause behind the pandemic. Despite Zhao’s protestations of “China’s openness and transparency,” the facts tell a different story.

China arrested whistle-blower doctors during the first stages of the pandemic. It publicly denied human-to-human transmission despite overwhelming evidence. It sanctioned the virologist who courageously published the first SARS-Cov2 genome without permission. Its National Health Commission forbade the publishing of any information regarding the Wuhan outbreak and ordered labs to destroy or transfer all viral samples to designated testing institutions, according to a Jan. 3 order seen by Beijing-based finance magazine Caixin. Universities have been instructed not to publish any report that indicates the virus originated in China, according to directives seen by TIME. Even journalists who have attempted to access bat caves in southwestern China—including TIME—have been met with harassment and intimidation.

READ MORE: Inside the Global Quest to Trace the Origins of COVID-19—and Predict Where It Will Go Next

This web of obfuscation means that what was previously dismissed as a wild conspiracy theory—not least since it was vociferously promoted by former President Donald Trump alongside suggestions to inject bleach—is slowly gaining credence among some in the scientific community.

On May 14, 18 prominent scientists—including Ralph Baric, a virologist who has worked with Wuhan Institute of Virology chief scientist Shi Zhengli—published a letter in the journal Science that called for a new investigation because “theories of accidental release from a lab and zoonotic spillover both remain viable.” Dr. Francis Collins, the director of the U.S. National Institutes of Health, told senators May 26 that while it is most likely the virus arose naturally “we cannot exclude the possibility of some kind of a lab accident.” What undeniably feeds the conjecture is China’s unwillingness to conduct open investigations even into scenarios that could render the lab leak theory less compelling.

Even when China belatedly allowed a WHO investigation to visit—over a year after the outbreak, when normal protocol would be to begin immediately—team members complained of insufficient access and data. Prominent scientists from around the world have penned open letters to the WHO to demand a “full and unrestricted” new probe due to “structural limitations” that made realizing the original investigation’s goal “all but impossible.” In a joint statement, the U.S. and 13 other governments expressed concerns over the study’s limited access to “complete, original data and samples.”

The Chinese public, meanwhile, is split between nationalism and distrust of a government that few doubt has a strained relationship with the truth. “Whether it is the United States or China, no matter which institution is involved, we should find out the source of the virus to avoid another tragic disaster and ensure the lives of the people!” one user posted on social media platform Weibo. Another wrote: “It is necessary to find out the source of the coronavirus … any organization or person who obstructs the investigation is guilty of crimes against humanity and should be punished.”

The fact remains that a lab leak is possible, though many still believe it is less likely than a natural zoonotic jump. Mistakes, of course, can happen anywhere. The last known case of small-pox leaked from a U.K. laboratory in 1978. SARS has leaked from Chinese laboratories on at least two occasions. U.S. scientists, meanwhile, have been responsible for mishandling many pathogens, including Ebola.

According to Maureen Miller, an infectious disease epidemiologist at Columbia University who has worked with Wuhan Institute of Virology’s Shi in the past, Shi conducted research with a SARS-like coronavirus distantly related to SARS-Cov2 using only moderate biohazard protections—Biosafety Level (BSL) 2, by the international standard. “That is a BSL far too low for work with an agent of pandemic potential,” Miller tells TIME. In fact, since SARS-like coronaviruses had been responsible for two previous epidemics—SARS in 2003 and MERS in 2012—”it probably should have been in BSL4 conditions—the highest biosafety level,” says Miller.

Still, Miller adds, “While I agree that a thorough investigation of WIV to rule out a potential lab leak was never conducted, I still believe that remains the least likely hypothesis.” (Shi did not respond to TIME’s requests for comment.)

Gallingly, there is forensic work that could help negate the lab leak theory. After all, two thirds of human viruses originated in animals. Simple antibody surveillance on blood samples stored in blood banks or hospitals across southern China—where bats carrying the most closely related SARS-like coronavirus are commonly found—could provide serious insights as to the true origins of SARS-CoV-2. Yet there appears a lack of will in China to truly get to the bottom of things. According to documents obtained by Associated Press, scientists investigating bat caves have been ordered not to publish any data or research without the approval of top officials.

Adds Miller: “I worry that the intense focus on the lab leak theory may distract from international pressure to investigate the much more likely hypothesis that the virus is a natural phenomenon.” 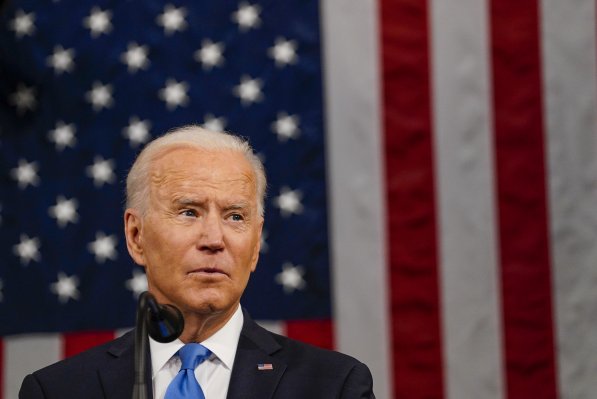