Getty Images
Ideas
By Reginald Dwayne Betts
Betts is a poet and lawyer. He created the Million Book Project, an initiative to curate libraries and install them in prisons across the country. His collection of poetry, “Felon,” explores the post-incarceration experience. In 2019, he won a National Magazine Award in Essays and Criticism for his article in the magazine about his journey from teenage carjacker to aspiring lawyer.

One of the lies that people tell about prison is that men and women and children inside don’t crave the wonders that can be found in a book. Some stories I tell often, one in particular, about being in solitary confinement and having a man whose name I never knew slide me Dudley Randall’s The Black Poets is a favorite. A favorite because the telling always surprises me, makes me remember that it did happen that way, and it captures so much of what contributes to a great educational experience: the desperation of a student wanting to learn, the willingness of an educator to offer tools to facilitate that learning, and the sheer discovery that comes with being introduced to the unexpected.

Unlike some folks, in 1997, months after entering the Fairfax County Jail as an eleventh grader facing life in prison, I earned my high school diploma. Though I had a year of high school left, I’d earned enough credits to graduate. These were the years when access to Pell Grants completely disappeared due to 1994’s federal crime bill.

While politicians and advocates continue to plan for the future of our education systems, one thing troubles me still: will people in prison be left behind? Before the pandemic, I was in Connecticut’s Cheshire Correctional Center, visiting Professor Lori Gruen’s philosophy class. Just yesterday, on May 26, eight of those students received Bachelor’s degrees as a part of Wesleyan University’s Center for Prison Education. I gave the Wesleyan commencement speech and also received an Honorary Doctorate of Letters. The day was wild. Moments after giving the speech, I represented a friend in Virginia at his parole hearing. The board wondered about the programs that he’d participated in, but there has never been a college education program in the prisons that he and I served time in. And this is why one of the most important questions of today is: will what I’ve had access to since my release from prison be given to more students like them?

As someone whose world was opened up by books and whose life since, as a writer and as a lawyer, has revolved around them like the sun, people’s right to study—to expand their minds and deepen their lives through reading and learning—is unshakable. Access to the Pell Grants that put higher education in reach for people in prison must stay a key implementation priority for the U.S. Education Department.

Last December, Congress passed a year-end omnibus bill that included the reinstatement of Pell Grants for people in prison. This bipartisan decision to reverse a destructive remnant of the punitive “tough on crime” era now gives incarcerated people an opportunity to take college courses when they otherwise couldn’t afford them. Prison threatens to turn your time there to lost years, and while I know plenty of people who resisted—who remade themselves into different men through the hard, private work of relentless self-confrontation—I know more who could have used the push and call of a college opportunity. I could have come home at 24 a college graduate, instead of with only a bus ticket and a sense of years of catching up to do.

Read More: Why I’ll Always Drop Everything to Answer My Brother’s Call From Prison

Quiet as kept, most people in prison return home. Statistics put the figure at over 90 percent. And people want to go home. Studies aren’t needed to understand that desire for freedom, nor why people who participate in prison education programs are less likely to return to prison. The chance they’ve had through college inside to imagine and prepare for a different life once home is one we should all defend and expand.

Now in its fifth year, the Second Chance Pell Experimental Sites Initiative has shown promising growth in closing racial inequities through broad access to postsecondary education. So far, we’ve seen Black students enroll in college in prison programs at a rate 2.5 times higher than those on college campuses. Part of that means that institutions like Yale University, where I received my law degree and am pursuing a Ph.D, aren’t doing enough to recruit and mentor the students who live down the street from me. But another part of this is that Yale, in supporting college programming in prison, has chosen one place to work on a solution.

That is why our nation’s leaders must prioritize the implementation of Pell Grants for people in prison. There are thousands of people currently behind bars who deserve to experience the transformative power of a quality postsecondary education. To make education a right for all, the U.S. Department of Education must work with higher education institutions, correctional facilities and technical advisors to promptly and thoughtfully implement Pell Grants for all incarcerated people. 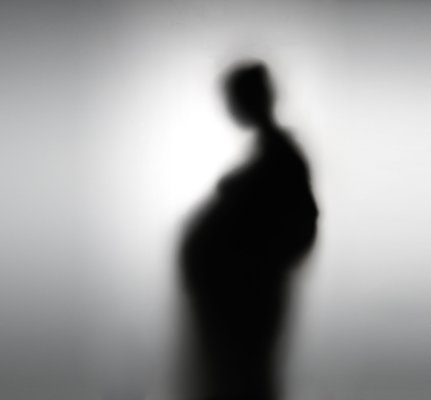 Criminalization of Black Pregnancy Must End
Next Up: Editor's Pick