As we continue to witness violence against Asian Americans–including, in the past month, the punching of a Bay Area father pushing his baby in a stroller; the assault on two women with a cement block in a Baltimore liquor store; and the stabbing of two women, ages 85 and 65, at a bus stop in San Francisco–my social media feeds are frequently filled with messages imploring people to recognize and challenge anti-Asian racism.

It’s clear why, as many are apparently unaware. A recent survey found that 37% of white Americans had not even heard about the spike in attacks on Asian Americans (with 42% of respondents unable to name a single prominent Asian American). Another survey revealed that Asian women were targeted in 65% of incidents in which the victim’s gender was reported, and when demographic information was available, a majority of perpetrators were reported to be white and male. The recent wave of harassment and violence is just one manifestation of a deep-rooted anti-Asian prejudice in this country, which cannot be understood solely in terms of individual incidents, or without acknowledging that it is inextricably bound up with America’s long legacy of racial oppression built on anti-Blackness. But while discrimination faced by Asian and Pacific Islander people–especially those more vulnerable because of poverty, immigration status, occupation, age, isolation or other circumstances–is far from new, sometimes it can feel as though we are begging others to see it, see us, at all.

Over the past year, I have often found myself urging family, friends, acquaintances and strangers to first notice and then feel outraged by the ways in which Asian and Pacific Islander Americans are being endangered by pandemic scapegoating, from children being tormented at school to elders being attacked in the streets. As a Korean adoptee raised in a white family, I’ve also spent years attempting to translate and explain my own experience–including the bigotry and racialized misogyny I regularly encounter as an East Asian American woman–to many of the people who love me most. I understand and have joined in calls to action, appeals to would-be allies; I’ve been frustrated by white silence. None of us should be unwilling to name or condemn racist violence.

But as the attacks continue, I find that I am increasingly weary of pleading for acknowledgment or empathy. I am ready to stop chasing after those who need to see your deepest wounds on display before they will even contemplate believing your words. I’ve lost the energy or desire to educate or provide reasoned, patient answers to anyone who still needs to be convinced that Asian people face discrimination and violence in this country. Even the week of the Atlanta-area spa shootings that left eight people–six of them Asian women–dead, I received many versions of the question: What would you say to white people in this moment, to help them understand how serious this is?

What can I say to persuade this or that group of white people–white parents, white people with Asian relatives or friends or co-workers, white people who aren’t “comfortable” talking about race or privilege–to start having these “important conversations” if they aren’t already? Is it my responsibility to do so? Maybe, if I can, but the truth is that I am tired of being asked to think about racism from the perspective of those least impacted by it. I don’t always feel like explaining anti-Asian prejudice to people who have never considered it before. I don’t want to hear or validate confessions that someone hasn’t thought enough, done enough, said enough, worked enough, read enough, challenged enough microaggressions at work or at school. I don’t need an inbox full of emotional labor from white people just discovering the fact that Asians in America experience racism, and that I am Asian American. I do hope that more people read, learn and speak out, as we should all be doing, and I’m grateful to those who have more drive and capacity to teach right now. But there are days when I feel up to it and days when I don’t, and lately the latter outnumber the former.

Perhaps it shouldn’t have taken me so long to realize that it isn’t always my responsibility to engage with white people on this issue–whether that means cataloging the most recent horrific attacks in case someone is still unaware, providing examples of racism I’ve personally experienced in diverse and insular spaces alike, recommending articles and books for them to read, offering impromptu lessons on the Asian American history many of us weren’t taught in school, or trying to put words to the heavy dread and fury I carry through each day now–all in an effort to persuade others to name and care about what is happening. Laying down this burden flies against an instinct first cultivated so I could cope with and try to close the empathy gap between me and the white family and friends who loved me but who could never quite see or grasp my reality as a Korean American woman. As a transracial adoptee, I was uniquely conditioned to excuse and instruct and even comfort the white people who adopted me, or hired me, or gave me a chance, or just seemed to tolerate my presence–I felt as though I should be the one to not just reach out, but stretch more than halfway to meet them. It was my duty, I long believed, to be a bridge–even if this sometimes required me to offer up my pain or trauma for others to walk over in pursuit of some elusive understanding.

Racism against Asian and Pacific Islander people in this country is long-standing. But perhaps I could permit myself to feel the full weight of my anger and weariness over it only when, after a year filled with so much grief and fear and the loss of several people I loved, I found myself buying safety whistles for me and my daughters. Now, as each week brings new reports of Asian elders being assaulted, Asian women being harassed, Asian children being bullied, I realize how little will I have to partake in discussions about racism that center and cater to whiteness: what white people don’t know; what they’re uncomfortable with; what they refuse to see or recognize or speak out against. There will always be those who doubt or deny the racism, othering and fetishization that dehumanizes us, the violence that threatens us. At what cost, I wonder, do I continue to exhaust my own finite resources running after them, hoping to reach them? Have I not lost enough precious time and energy to white supremacy?

After the Atlanta shootings, when a fellow Korean American texted to ask how we might try to talk with, protect and support our families in the midst of our shared rage and grief, I realized that the conversations I most want to have right now are ones that focus not on the silent or the unconvinced, but on the people we fight for–our loved ones, our communities, our allies and those to whom we owe our solidarity. As I think about what I can do, how I can best help and hold space for those more vulnerable than myself, I’ve found the most meaningful support and comfort within the community I do have, and have had all along: the people who don’t need to hear my pleas in order to see and value my humanity. 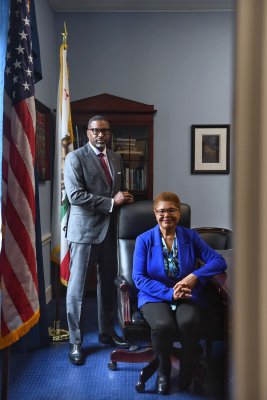