Kilauea, which had been erupting at its summit crater since December, has “paused” producing new lava, the USGS said. The latest eruption had produced a new lava lake at the summit.

Officials said the lava could begin erupting again soon or it could move into a phase of quiescence before its next eruption.

Kilauea, one of the world’s most active volcanoes, had been erupting for 157 days and produced over 41 million cubic meters (11 billion gallons) of lava in that time. No active lava has been produced in the past two days, according to the USGS.

Lava drained from the same area in 2018 when the volcano erupted in one of its lower rift zones. That event became the largest eruption on record at the volcano, displacing thousands of people and destroying scores of homes.

The volcano stopped erupting after its 2018 event until the latest activity began in December.

The lava lake had been glowing within Hawaii Volcanoes National Park throughout the latest eruption. There is no longer any visible lava in the summit crater.

USGS will now lower the Volcano Alert Level from “watch” to “advisory” for ground hazards and will also lower its warnings for aviation hazards.

Officials warned that the area is still hazardous. 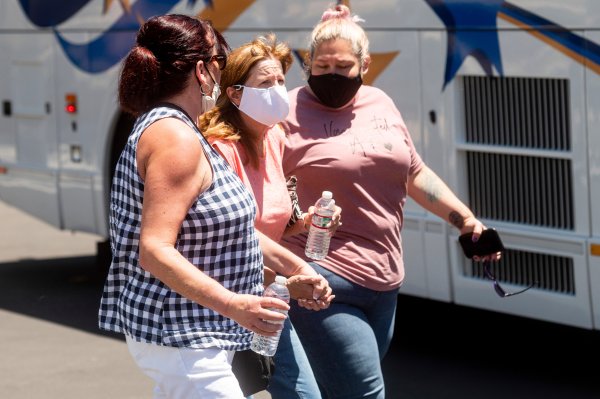 Employee Kills 8 in San Jose Shooting
Next Up: Editor's Pick