Author Casey McQuiston is set to release her second novel, 'One Last Stop.'
Maciek Jasik for TIME
By Annabel Gutterman

Three words came to Casey McQuiston while she was taking a bath: magic subway lesbians. The author has always been drawn to romances that seem a little impossible—ones that show that the power of love can transcend anything, even time and space. “I know that sounds very corny,” McQuiston says, gazing at the Manhattan skyline from a picnic table across the East River.

But so what if it’s corny? Corny can be nice. Corny can make you feel good. Which is what McQuiston, 30, has set out to do with her fiction. Her 2019 debut novel, Red, White & Royal Blue, about the relationship between the Prince of Wales and America’s first son, was an instant and unexpected success: the book found an eager audience without any of the conventional launchpads, like a celebrity book club or splashy publicity campaign. Instead, word of mouth spread on social media, landing the book on the New York Times best-seller list. It’s now being adapted into a film by Amazon Studios. “I wrote a book that made my brain buzz and was fun and what I want to read,” McQuiston says. “I always felt that if the book could find its people—other depressed queer millennials—it could do well. But I’ve been blown away.”

Her second novel, One Last Stop, arriving June 1, follows 23-year-old August, a cynical college student who arrives in New York City with a blasé attitude and low expectations. Then, on her commute to class, she spots a mysterious stranger on the Q train. Her name is Jane and she might just be the most beautiful girl August has ever seen. Their chemistry is immediate. But there’s a problem—Jane’s been stuck on the subway since the 1970s.

Like Red, White & Royal Blue, McQuiston’s latest revels in the delightfulness of its premise. There are sweeping gestures, bountiful sexual tension and a steamy scene over the Manhattan Bridge that succeeds at making a subway ride romantic. McQuiston, who moved to New York from Colorado in 2020, was struck by the fantastical experience of being on a train underground. “When you’re in a tunnel and going one way, and a train passes the other way, there’s this strobing effect where you look across and you can see 0.0005 seconds of 500 other people’s lives,” she says. “I think that’s the closest thing you can get to feeling like you’re traveling through time.”

McQuiston knows that most New Yorkers probably don’t feel so warm and fuzzy about the subway. But she was raised in southern Louisiana, where underground public transit doesn’t exist. “To me, getting on a train is like, ‘Wow, this is just like in the movies!'” she exclaims. McQuiston talks a lot about cinematic moments—she’s a sucker for a big musical cue that ends with a kiss. Growing up, she loved romantic comedies like You’ve Got Mail, 10 Things I Hate About You and 13 Going on 30. Her formative years were also shaped by attending a conservative evangelical Christian school from kindergarten to 12th grade. “Anybody who’s been through queer religious trauma has ways of coping with that in adulthood,” she says. That’s why she writes romantic comedies about queer people—books she might have loved reading as a teenager, that would have made her feel less isolated.

Read More: 9 Authors on the Books That Got Them Through a Year of the Pandemic

So it was especially important for McQuiston to write One Last Stop with an all-queer cast. As a self-proclaimed student of sitcoms from the past 30 years, the author noticed a pattern: if queer people were represented onscreen, it was often one queer person surrounded by straight friends. This never made sense to her: “I always thought it was silly and unrealistic, the idea that some straight people have, that it is statistically unlikely for more than one gay person to exist in the story.”

The characters that fill the pages of One Last Stop are thoughtfully depicted and layered. There’s Niko, August’s trans roommate, who makes sure she’s adjusting well to her new life in Flatbush. There’s their lovable neighbor who lives across the hall—a drag queen with a romance of his own. And, of course, there’s Jane, a punk-rock Chinese-American butch lesbian with a mysterious past.

McQuiston can answer any question about her characters. When I ask what Jane and August’s birth charts are, she recites them without missing a beat. (For the record, Jane is a Gemini, while August is a Virgo.) “If anything, I do too much random world building that never ends up in the book,” she says. “But I think that’s the secret sauce.” She knows what it’s like to geek out over a book or television show, and wants to provide her fans with anything that will help them connect to her characters on a deeper level.

With Red, White & Royal Blue, and now with One Last Stop, McQuiston is pushing the boundaries of the romance genre. But she’s quick to note the impact of her predecessors, particularly authors of self-published and indie-published books. And she’s especially grateful to the agent who took a chance on her debut when a queer rom-com that dealt with politics seemed niche and risky. “What I want for every queer author is to find an agent and editor who are going to be like, ‘Yeah, let’s do this,'” she says. “There are so many more books I want to read.”

At the same time, she says she’s heartened by the growth in publishing over the past few years, and is excited to be among a class of authors who are shaping genres across the industry. She quickly lists some of her favorites: Tamsyn Muir, Brandon Taylor, Kacen Callender. “Not only are there more queer books,” she says, “but the queer books that are being written are some of the best books that are coming out.”

McQuiston’s next novel, her young-adult debut, is another romantic comedy, but this time finds roots in something much closer to her own experiences. The book is set in the Deep South at a conservative, religious high school, much like the one that served as the backdrop of her own coming of age. Writing it, she says, forced her to extend empathy to a younger version of herself, and in doing so she created a book that would have meant a lot to her as a teenager. It’s less escapist than her previous fiction, but she promises there will be just as much wish fulfillment.

As with One Last Stop, all McQuiston wants is for her readers to finish reading her work and feel happier than when they started. “I have no interest in fame or notoriety—I just want to write my gay little books and show people a good time,” she says. “As long as I’m doing that, I’m happy.” 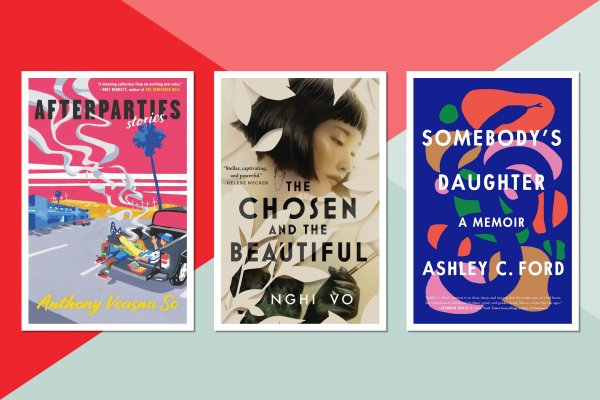 36 New Books You Need to Read This Summer
Next Up: Editor's Pick