Infrastructure Is Important to Reduce Climate Risk. But It's Not Enough

Sandbags sit in front of a business to block floodwaters during Hurricane Dorian in Charleston, South Carolina, on Sept. 5, 2019.
Luke Sharrett—Bloomberg/Getty Images
By Justin Worland

In communities across the country, the increasingly visible effects of climate change have launched a race to adapt with new infrastructure. Miami Beach has built water pumps and elevated roads. California has created new rules requiring fire proof materials for new homes at risk of wildfires. Charleston, S.C. is planning to raise its sea wall—as are many other places.

But often lost in this infrastructure discussion is the reality that adaptation—even paired with aggressive emissions reduction at a global scale—will not be enough to protect us from the financial costs of climate change. Some communities will inevitably need to relocate; others that stay will pay the price of living with new and more frequent weather extremes. All of this results in a toll on financial wellbeing on both the individual and a societal level that cannot be fixed with new infrastructure alone.

On Thursday, after spending the past several months touting his infrastructure plan as a landmark investment in tackling climate change, President Joe Biden recognized the mounting costs associated with a warming planet with a new executive order. The directive mandates that agencies across the federal government address the risks climate change poses to the financial health of Americans as well as the U.S. financial system. “Our modern financial system was built on the assumption that the climate was stable,” Brian Deese, Biden’s chief economic adviser, told reporters on Thursday. “Today, it’s clear that we no longer live in such a world.”

Biden’s order is wide ranging. The directive calls on federal regulators to craft new lending rules to address the risk posed to homeowners by climate change. It requires the federal government to evaluate how climate change may hit its own budget, and pushes for new rules requiring companies to publicly disclose how climate change is making them vulnerable. The order restores an Obama-era directive requiring the federal government to determine where costly flooding is expected to occur. The list goes on.

The unprecedented move is the first step in a long process that leaves the details up to policymakers. But when implemented, these measures should provide new clarity and transparency about where climate risk lies within the U.S. economy—and help shape where and how communities choose to adapt.

It comes at a critical moment as the costs of climate change begin to stack up. Last year, the U.S. experienced 22 climate-related disasters that each caused more than $1 billion in damage. The U.S. has experienced more than $1 trillion in damages from climate disasters over the last 15 years, according to data from the National Oceanic and Atmospheric Administration.

Still, identifying the future costs of climate change remains a challenge—we know there’s a growing problem, but its scale and exact contours are difficult to measure, particularly at the local level. On a global scale, climate change could reduce the value of financial assets by as much as $24 trillion by the end of the century, according to a report from the London School of Economics.

Local governments have been trying to figure out what that looks like for years. In the coastal city of Charleston, where the number of flooding days increased 750% between 1980 and 2020 and flooding is expected to cost nearly $750 million this year, city leaders are caught between their own infrastructure push and the reality that it may make sense, in some cases, to simply retreat. The city has launched a number of ambitious infrastructure programs, including a system of tunnels and pumps to remove water from areas prone to flooding, an elevation of the downtown sea wall to protect from rising seas and a rethinking of many drainage systems. And yet the city has also embarked on a program to buy out homes in areas that are so vulnerable to flooding they will soon be uninhabitable, paying homeowners and then razing their houses.

The federal government can help fund and guide these local initiatives, and the Administration has made the case that Biden’s infrastructure plan is necessary as a climate adaptation measure. If passed by Congress, the plan would build public housing with resilience to weather disasters in mind, construct new water infrastructure and renovate roads and bridges to withstand climate-fueled extreme weather.

But to make sure good money isn’t thrown after bad, measures to evaluate where and how the costs of climate change are stacking up are not only a logical compliment, they are critical. 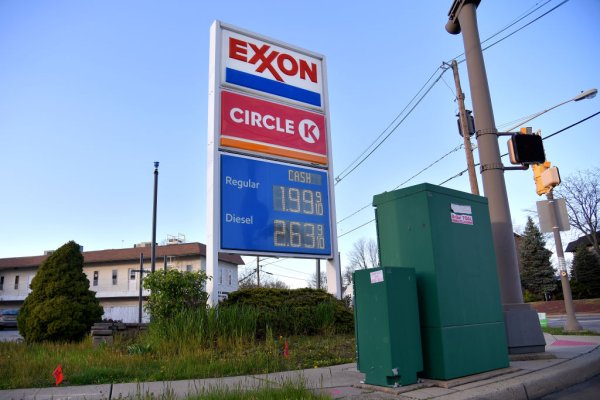