About eight years ago, Li Hong began rearing snakes on a patch of land in China’s central Hunan province. The 7,000 or so elaphe carinata, commonly known as the king ratsnake or Taiwan stinksnake, he sold each year fetched around 2 million renminbi ($220,000)—far more than the 51-year-old previously earned as a migrant worker toiling in factories and on construction sites.

But then the COVID-19 pandemic erupted in the nearby city of Wuhan in January 2020, prompting the Beijing government to ban the sale of wild animals, which across Asia are often prized for purported health benefits, with their skins sold to makers of fashion accessories. Li’s livelihood was snatched away and he says he was compensated only 144 renminbi ($22) per kilo of snake destroyed.

“Today, market demand is very low and if we want to farm snakes, we have to go to the provincial forestry bureau for approval, which is a lot of trouble,” he tells TIME. “Now only medicinal-use snakes can be approved; other uses [like eating] are not allowed.”

Li is not alone. The pandemic has catalyzed sweeping bans on the sale and consumption of wildlife across the world as the public becomes more aware of the causes of infectious outbreaks. Ahead of the convening Sunday of latest World Health Assembly, a new World Wildlife Fund (WWF) report reveals that nearly 30% of people surveyed across China, Myanmar, Thailand, Vietnam and the U.S. say they have consumed less wildlife, or stopped consuming wildlife altogether, because of the global health crisis.

“The world has gotten a crash course this past year in pandemics,” says Carter Roberts, president and CEO of WWF-US. “Preventing future ones requires us to repair our broken relationship with nature, and that starts with ending the trade and consumption of high-risk wildlife and stopping deforestation.”

Attitudes to wildlife changing amid the pandemic

Research shows that COVID-19 is likely among the three-quarters of emerging infectious diseases that are “zoonotic,” meaning they jumped from animals to humans. Wildlife consumption is a major driver of zoonotic outbreaks, as well as destruction of natural habitats that pushes human and animal populations closer together. In China, civets, live wolf pups and pangolins have often been kept in cramped and filthy conditions, allowing diseases to incubate and then spill into human populations. Ebola, SARS, the Nipah virus and MERS are other examples of human diseases that began in animals.

Although the consumption of wild animals is common across much of the developing world, China’s huge population makes it a key player in the issue. Wildlife farming began in China in the early 1980s with government backing, partly as an attempt to alleviate poverty and partly in the belief that farming exotic animals would help protect wild populations from hunters.

China’s wildlife industry employed 14 million people and had a market value of some $76 billion in 2016, with its exotic food sector comprising $19 billion, according to the Chinese Academy of Engineering. “The wildlife industry has effectively contributed to regional economic development and greatly increased the economic income of farmers and forestry workers and local tax revenues,” an industry report from Academy says.

But that changed following COVID-19. In February 2020, soon after COVID-19 was first detected at a market in Wuhan known for selling wild animals, the Chinese government announced a broad ban on wildlife consumption. Attitudes have changed fast, too, with an awareness about the dangers of eating wildlife across the country.

In China, 91% of respondents to the WWF survey thought closing wildlife markets was the most effective measure to prevent future pandemics. Meanwhile, 28% now consume less or have stopped consuming wildlife, with 41% of respondents in Thailand and 39% in Vietnam expressing similar changes of behavior.

Despite increased awareness, there remains a committed core of wildlife consumers, with 9% of respondents intent on buying wildlife products in the future in all five countries surveyed by WWF. And while the Chinese government has banned the trade in wild creatures, President Xi Jinping continues to promote Traditional Chinese Medicine, or TCM, which includes many treatments that involve the byproducts of exotic animals.

Moreover, the survey didn’t include any nations in Africa, where consumption of “bush meat” has been an integral part of people’s diets for centuries. “It would be good to ban the live animal markets as China has done and some countries,” Elizabeth Maruma Mrema, the acting executive secretary of the U.N. Convention on Biological Diversity, told the U.K. Guardian newspaper. “But we should also remember you have communities, particularly from low-income rural areas, particularly in Africa, which are dependent on wild animals to sustain the livelihoods of millions of people.”

Li the snake farmer had thought his livelihood assured. Now, however, the future is uncertain. He says the compensation he’s been promised isn’t enough to cover his feed and labor bills. He’s been forced to take out a bank loan and is instead growing herbs for TCM due to the low start-up costs.

“I have no choice,” Li shrugs, “but to abide by national directives.” 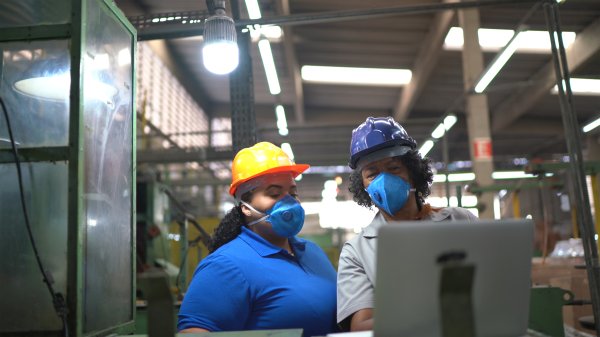