Israel Is Bleeding From Within. Restoring the Peace Shouldn't Mean a Return to the Way We Lived Before

Firefighters inspect a synagogue after it was set on fire in Lod on May 14, 2021.
Oren Ziv—picture alliance/Getty Images
Ideas
By Ayelet Gundar-Goshen
Gundar-Goshen is an author and a clinical psychologist, based in Tel Aviv. She is an award-winning screenwriter. Her latest novel is The Liar.

Around 8:30 pm, Tuesday, May 11. The first missile attack from Gaza to Tel Aviv began. The teen patients at the Geha Mental Health Hospital (where I work as a clinical psychologist) were just getting ready to bed, when the alarms started. For most of them this came as a complete surprise. They knew nothing about the clashes between Israeli police and Muslim protestors in East Jerusalem. Struggling with the mental health issues that led to their hospitalization, the national political conflicts remained vague for most kids. None of them was aware of the teargas and stun grenades shot by Israeli forces into Al-Aqsa mosque early on May 10, injuring around 300 people. But when the sirens started, and the sky filled with echoes of near explosions, it was clear even to the patients that something was going on. Anxiety levels began to soar. Soon after, parents started calling the ward, asking “Is the hospital safe?”

Safer than outside. Because beyond the walls of the mental health hospital, Israel was deteriorating into chaos. While Hamas was firing from the other side of the border, inside the country, violence was spreading. Arab citizens of Israel were attacking Jewish citizens. Jews attacked Arabs. Innocent people were beaten. Windows were broken. Cars were set on fire, and the smoke carried the smell of a civil war.

Similar events have happened before in Israel. But not like this. Not on this scale. As the fighting between Israel and Gaza continues, Israel is bleeding from within. Night curfew is enforced in the mixed city of Lod, after a series of violent clashes between Jews and Arabs. At the Tel Aviv suburb of Bat Yam, an Arab driver was attacked by dozens of Jewish men, who dragged him out of his truck and almost beat him to death. In the mixed city of Acre, Arab rioters set fire to a Jewish-owned hotel, burning one of the guests, an 84-year-old man. In Jaffa, two Arab kids were badly injured after a Molotov cocktail was thrown into their living room. In some places, the fear of the missiles coming from Gaza is far less than the fear of being slaughtered by your neighbor. Streets are empty. Shops are closed. For the last few nights, we’ve been watching in terror while the citizens of this country—Jews and Arabs—are tearing each other into pieces.

A burnt car after the riots in Lod on May 12.
Ilia Yefimovich—picture alliance/Getty Images

“Who seeds wind shall harvest storm,” says the biblical phrase, and in the case of Israeli Prime Minister Benjamin Netanyahu, the storm came right on time. After years of sowing the seeds of hate and polarization, the riots occurred in a crucial moment for Bibi’s political survival. After four consecutive failures to win elections and form a government, the opposition was closer than ever to form an anti-Bibi government. For the first time, Israeli right-wing leaders like Naftali Bennett were willing to negotiate with a Muslim party, in an attempt to form a wide anti-Bibi coalitions,”the change block.” At last, a realpolitik cooperation between Arabs and right-wing leaders seemed possible. Just then, the tension between Israeli police and Palestinian protestors reached new peaks, especially at Al Aqsa mosque and the Arab neighborhood of Sheikh Jarrah. As the violence erupted, Mansour Abbas, the Muslim leader of Ra’am (United Arab List) party, cancelled his appointment with Bennett. Shortly afterwards, Bennett made clear that “the change block” is now off the table. As a result, Netanyahu’s chances to extend his hold to power have improved dramatically. The current round of violence fits Hamas interests as well—it presents the fundamentalist party as “Al-Aqsa keepers,” gaining support over its domestic rival, Fatah.

3 AM, Wednesday, May 12. Another missile attack from Gaza. The kids in the ward are rushed out of bed, led into the hospital shelter. As the alarms continue howling, the phone begins to buzz. “How are the kids?”, a text message from Abu-Musa a medical worker in the ward, who has just returned home after a hospital shift. “Give me a call if you need an extra hand.” Haled writes immediately after him: “Happy to help, let me know if you need anything.” One after the other, the Arab staff at this Israeli hospital shows their solidarity, volunteering to come in the middle of the night to help Jewish patients who suffer anxiety from Hamas’ missiles. If Abu-Musa leaves his house to drive to the hospital, he might be taken out of his car by a Jewish mob, beaten only because he is an Arab. As I read these messages of solidarity, I realized the mental health hospital is an island of sanity, inside a country that has turned into a mad house, and that within the walls of the locked ward, coexistence was still possible.

But is it coexistence?

Fireworks are released towards Israeli soldiers during clashes amid a night-time curfew in Lod on May 12.
Oren Ziv—picture alliance/Getty Images

The Arab minority, many of whom prefer to be called Palestinian citizens of Israel, constitutes 21.1% of the Israeli population, and yet, over half of the poorest families in Israel are Arab families, and Arab municipalities constitute the poorest municipalities within Israel. According to recent research, about 40% of the Arab men aged 18-35 are NEET (not in education, employment or training). The percentage of Arab citizens who graduated from Israeli universities during 2017 was 9.7%, compared to 44.9% among Jewish males. Since the riots started, the Jewish citizens of Israel are mourning the loss of co-existence with our Arab neighbors. But for many Arabs citizens of the country, this was already an imaginary co-existence.

I believe most middle-class Israelis will have to agree that when we say “we interact a lot with Arabs” it usually means that we meet the Arab citizens when they come to clean our house as we go to work, serve us hummus as we dine at a restaurant, or change our sheets when we go on vacation. Jewish towns like Afula did everything in their power to prevent Arabs from entering public parks and swimming pools. The Israeli Supreme Court had to intervene in order to stop discrimination of Arabs applying for jobs. And as much as I cherish the solidarity between Arab and Jewish staff members in my ward, I can’t ignore the fact that all of the doctors and the executives are Jews, while the cleaners and nurses/medical workers are mostly Arabs.

Read More: Israel-Palestine Is a State of Permanent Conflict

During Netanyahu’s regime, discriminatory laws were passed against the Arab minority. The “nation-state law” downgraded Arabic from an official language and imposed other measures that made official Arab-Israelis status as second class citizens, alienating us even more from one another. “Kaminitz Law” is used to prevent Arab citizens from illegal building—a common practice in the lack of a legal alternative, as the Israeli government refuses to allow Arab municipalities to expand. “We’re feeling under siege”, say my friends from the Kibbutz of Galilee and the Negev areas, after their Arab neighbors threw stones on their cars and torched tires at the Kibbutz entrance. Indeed, we all must condemn any sort of violence. But when you look at the life conditions of the Bedouins in the Negev—no electricity, no running water—when you compare it to the luxurious villas in the nearby kibbutz, you cannot be surprised by the amount of hate gathered inside.

The violence against fellow citizens in our streets is heartbreaking, and must be stopped. But violence isn’t only burning tires and rioting. Violence is also the variety of means taken by the Israeli governments in order to control and exclude Arab minority. For some of the Jewish majority, “restoring the peace” means that Jews will return to their comfortable lives, while Arabs continue to suffer from poverty and discrimination. Due to our traumatic history as a nation, many Jewish-Israelis are blind to this discrimination—after years of being persecuted, the Jewish mentality has a strong sense of collective victimhood. The current violence reinforces this sense of victimhood, with more victims added to the list—10 Israeli civilians dead. In the Palestinian territories, more than 217 casualties, among them 34 women and 58 children.

At one point or another, all sides will cease fire. Then, we will have to look at the face of Saeed Mousa, who nearly lost his life as he was beaten by Jews in Bat Yam. We’ll have to look at the face of Avi Har-Even, 84, whose hotel room was set on fire by Arab rioters in Acre. Anger, grief, urge for revenge—we must be able to overcome these, if we ever want to establish true coexistence in this land. 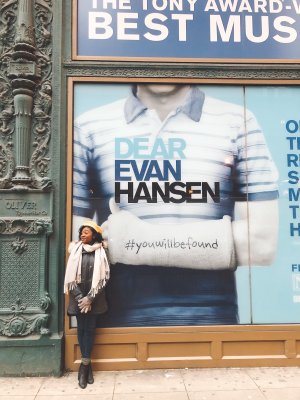 When the Music Stops: An Actor on What She Learned About Self-Worth After a Year Without Applause
Next Up: Editor's Pick