A Peanuts comic strip from July 20, 1970
Peanuts Worldwide
By Olivia B. Waxman

In 1967, when Governor Ronald Reagan made California the third state in the union to liberalize its abortion laws, his hesitancy about doing so was clear from the start. “Reagan Reluctantly Signs Bill Easing Abortions” was the headline of the June 16, 1967, New York Times story reporting that, with his signing of the Therapeutic Abortion Act the day before, the state would legalize abortion in cases in which the physical or mental health of the mother was in danger, or when the pregnancy was the result of rape or incest.

But while his reservations about the bill were well known, a historian has found that Reagan communicated those feelings in a surprising place: a letter to Peanuts cartoonist Charles Schulz. While researching the new book Charlie Brown’s America: The Popular Politics of Peanuts, Blake Scott Ball, an assistant professor of History at Huntingdon College, came across the letter in the Ronald Reagan Presidential Foundation and Institute’s archives.

On July 20, 1970, the day’s Peanuts strip featured Linus asking Lucy, “What would happen if there were a beautiful and highly intelligent child up in heaven waiting to be born, and his or her parents decided that the two children they already had were enough?” Lucy replies, “Your ignorance of theology and medicine is appalling.”

Back then, many saw the strip as a comment on the zero population growth movement and now controversial environmental concerns about overpopulation. But others, like then Governor Reagan, viewed it as a comment on the morality of abortion, at a moment when states were continuing to liberalize their laws on the procedure.

Days after the strip was published, Governor Reagan wrote to Schulz. It wasn’t his first letter to the cartoonist; they had corresponded over the years and Reagan even declared May 24, 1967, “Charles Schulz Day.” But this letter offered a rare insight into a policymaker’s thinking. Reagan wrote that Linus’ question “touched a nerve” and “continues to haunt me in a very nice way” because it made him think back to the “soul-searching” he did while deciding whether or not to sign California’s bill.

You can read the full letter below. (Note that Reagan mistakes Linus for Charlie Brown.)

He described what was going through his head at the time:

Reagan was just one of many Americans who wrote Schulz after seeing that strip. Many readers, on both sides of the issue, thought that Schulz, a devout Christian, was using his influence to broadcast anti-abortion views. Ball, however, argues that Charles Schulz comic strips, on subjects ranging from school prayer to school integration, “served as a Rorschach test of American political culture in the time.”

Schulz approached a hot-button political issue by “shining a flashlight on it,” as Ball puts it. “He’s not dictating a point of view, but he is shining a light on it in a way that is forcing readers to consider where they stand on controversial issues.”

What would really shift the national conversation on abortion was Roe v. Wade in 1973, in which the U.S. Supreme Court ruled that a woman’s constitutional right to privacy also applied to decisions on whether or not to terminate a pregnancy. For people like Reagan, the decision began a movement to overturn the U.S. Supreme Court’s 7-2 ruling that continues to this day. Six years after writing privately to the cartoonist, while campaigning for the Republican nomination for President, Reagan would publicly declare that signing the 1967 Therapeutic Abortion Act was a “mistake” and that he supported overruling Roe v. Wade. Apologizing for his part liberalizing abortion laws in California helped establish Reagan’s reputation as a father of the modern anti-abortion movement—and helped him win the 1980 Presidential election.

As TIME put it in its special issue on the meaning of the 1980 election results, “A profound psychological shift occurred in American voters: they lost much of their desire or need to be part of a political majority, but instead formed themselves into single-issue constituencies, an oddly specialized and peculiarly destructive version of politics. In the era of single-issue politics, it is not a broad political agenda, a party’s view of the nation, that is important, but gun control or abortion or ERA or women’s rights or busing.”

And so, Reagan’s letter to Schulz provides a window into the origins of modern viewpoints on abortion—and American political thinking more broadly. 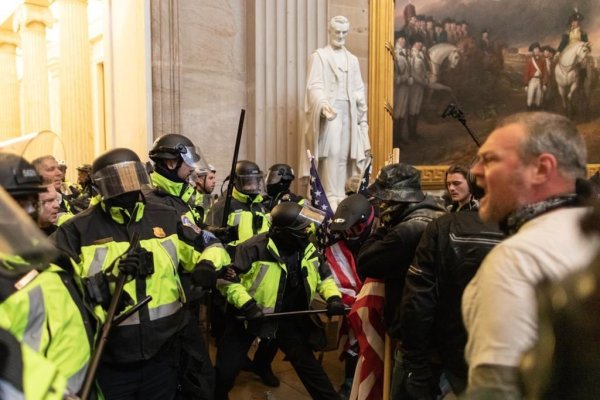 A Jan. 6 Commission Would Be Part of a Long History
Next Up: Editor's Pick