Novavax's COVID-19 Vaccine Was Shown to be 51% Efficacious in South Africa, Where More Infectious Variants Are Spreading

In a study published in the New England Journal of Medicine, researchers from the Maryland-based biotech firm Novavax report that the company’s COVID-19 vaccine is 51% efficacious in protecting people from disease.

The results come from a Phase 2 study of the two-dose vaccine, which uses a different technology than the three COVID-19 shots currently authorized by the U.S. Food and Drug Administration. Currently authorized shots from Pfizer-BioNTech and Moderna both use an mRNA-based technology, while Johnson & Johnson-Janssen relies on an adenovirus to deliver SARS-CoV-2 genes to the body—both approaches work by training the body’s immune cells to make viral proteins that other immune cells then attack, so these defenses are then ready to target the SARS-CoV-2 virus when infection happens. Novavax designed its shot to already contain the viral protein, so when it’s injected into the body, it’s immediately targeted as foreign.

In March, the company released results from its U.K.-based Phase 3 study, which showed that overall, the vaccine was 96% efficacious in protecting people from COVID-19 symptoms, and 86% efficacious in shielding them from the B.1.1.7. variant first identified in the U.K. Despite those promising results, Novavax has not yet filed a request to the U.S. Food and Drug Administration for emergency use authorization for its vaccine, although the company expected to do so several weeks after releasing its report.

The recent NEJM study involved more than 2,600 people in South Africa, and was started in November 2020—after the U.K. study and, coincidentally, after the emergence of a new variant of SARS-CoV-2, called B.1.351, in the African country. That enabled the researchers to focus more specifically on whether the vaccine protects against the B.1.351 variant. Overall, a full regime of the Novavax vaccine—two shots—as 51% efficacious in protecting people from COVID-19 symptoms, ranging from mild to severe.

That 51% number might not sound great, but we need to consider the context, says Shabir, Madhi, professor of vaccinology at the University of Witwatersrand in Johannesburg, and the senior author of the study. “We need to recalibrate the expectations for this first generation of COVID-19 vaccines,” he says, “especially for countries [like South Africa] where B.1.351 dominates. In these situations it’s no longer important for a country to get to so-called herd immunity, because the efficacy of vaccines against mild to moderate infection with variants is somewhat diminished compared to the ancestral [virus]. Rather than expecting vaccines to get us to the herd immunity threshold, which I don’t believe will ever occur, the goal needs to be to ensure that we are able to vaccinate high risk individuals as quickly as possible and get them from developing severe disease and dying of COVID-19.”

Madhi acknowledges that Novavax’s shot will likely have “limited value in targeting healthy younger people in a country such as South Africa,” but argues that it could still be extremely useful in stemming more severe disease in vulnerable people like the elderly and those with underlying health conditions. “It’s really not about how many people you get vaccinated but how many high risk people you can get vaccinated as quickly as possible,” he says.

Among those high risk individuals are people with compromised immune systems, either because of immune-suppressing treatments like chemotherapy for cancer, or other infections like HIV. Because HIV is so prevalent in South Africa, to get a better idea of how well the vaccine works in people with weakened immune systems, the researchers also broke down efficacy by HIV status, and found that the shot was slightly less efficacious in protecting against COVID-19 among those who were HIV positive, and about 60% efficacious in protecting those who were HIV negative.

The company declined to provide comment on the Phase 2 studies; a spokesperson says the company will wait to comment until the Phase 3 results are available in coming months. 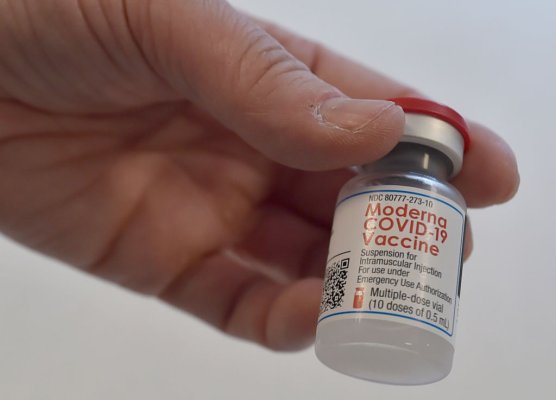