Willow, U.S. President Joe Biden and first lady Jill Biden’s new pet cat, is seen in a White House handout photo as she wanders through the halls of the White House on Jan. 27, 2022.
Erin Scott—The White House/REUTERS
By Olivia B. Waxman

Breaking in news that mews: The Biden family announced Friday that they have a new pet cat.

Hailing from a Pennsylvania farm, the tabby charmed First Lady Jill Biden by jumping onto a stage while she was giving a speech on the 2020 presidential election campaign trail. The Bidens have named her Willow, after Jill Biden’s hometown.

Willow will be the first cat in the White House in more than a decade, since India the black cat’s tenure during the George W. Bush years, but will be part of a long tradition. Abraham Lincoln is considered to be the first President to have cats as family pets in the White House. In the modern era, the Fords and Carters had cats too. The Clintons’ cat Socks was a rescue, having come from Chelsea’s piano teacher, who found two stray kittens under her home.

(In 1998, the Associated Press captured footage of a tense encounter between Socks and the Clintons’ Labrador Buddy, during a time of heightened political polarization and culture wars. Press secretary Mike McCurry joked that Middle East special envoy Dennis Ross might need to be called in to keep the peace.)

And we may never know exactly how many cats have lived on White House grounds, as historically cats have served as working animals used for rodent control, points out historian Katherine C. Grier, author of Pets in America: A History.

But cats are just the tip of the iceberg.

During President Taft’s administration, cows named Paulie Wayne and Mooly Wooly provided milk and cream for the White House kitchen. And Teddy Roosevelt’s White House was practically a zoo, where first cats Tom Quartz and Slippers lived alongside a one-legged rooster, a lizard named Bill, a small bear named Jonathan Edwards, and five guinea pigs with names like Father O’Grady and Fighting Bob Evans. The Bidens’ rehoming of Major the German Shepherd in December—after a few biting incidents—echoed the exile of Teddy Roosevelt’s Boston bull terrier Pete, who repeatedly bit and ripped staffers’ and visitors’ pants, including those of the French Ambassador.

Read more: The First Dogs of the White House

Presidential pets can help Americans relate to presidents and are “a way to see them as someone closer to you,” says Andrew Hager, who writes for the Presidential Pet Museum website (started by Claire McLean, who trained Reagan’s dog Lucky) and is writing a book on presidential dogs.

Time will tell how much influence the Bidens’ cat will have. Warren G. Harding’s dog Laddie Boy, by some measures the first celebrity presidential pet, attended cabinet meetings and was hounded by newspaper reporters who regularly covered his whereabouts. During World War II, Franklin Roosevelt’s dog Fala was the face of a PSA encouraging Americans to donate their dog toys to scrap-rubber collections. Fala received letters, too—enough to fill five document boxes.

But just as presidents are regularly the target of partisan attacks, so too are presidential pets. Responding to Republican claims that Roosevelt left Fala behind on a 1944 trip to Alaska’s Aleutian Islands and then spent millions of taxpayer dollars to return him to the White House, FDR denied the rumors forcefully in a speech: “Fala resents this. When he learned that the Republican fiction writers had concocted a story that I had left him behind on an Aleutian Island and had sent a destroyer back to find him—at a cost to the taxpayer of two or three or twenty million dollars—his Scottish soul was furious!” Some experts credit the speech with helping FDR win a fourth term.

Willow, U.S. President Joe Biden and first lady Jill Biden’s new pet cat, is seen in a White House handout photo as she looks out a window of the White House towards the Truman Balcony, the South Lawn and the Washington Monument on Jan. 27, 2022.
Erin Scott—The White House/REUTERS

And, in the grand tradition of Presidents promising to represent all Americans regardless of party, many have reached out to cat people and dog people alike by having cats and dogs together as pets in the White House—for better or worse. Now, with Willow in proximity to the most powerful man in the country, she may help cat people on both sides of the aisle, even just for a moment, to transcend paw-tisan politics. 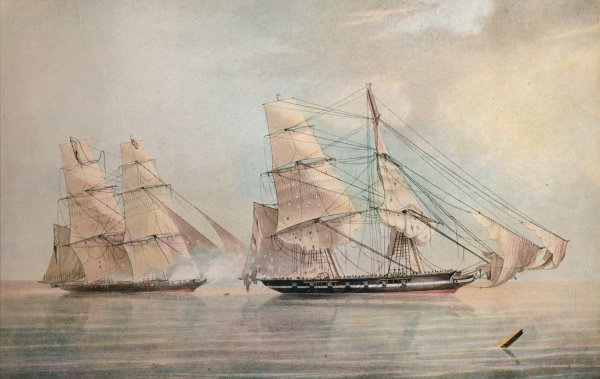 The Little-Known History of One Ship’s Battle Against the Slave Trade
Next Up: Editor's Pick