It’s a nightmare to get there. Hotels aren’t ready for guests. The visa alone costs over $200 if you want it processed in a reasonable time frame. When you get there, don’t expect to be able to ski. Then there’s the risk of terrorism. No wonder so few foreigners are bothering to go to Sochi, Russia, for the 2014 Winter Olympics.

CoSport, the official seller of Olympics travel packages for residents in the U.S. and seven other countries, says that it has “experienced demand at expected levels” for the games kicking off this week in Sochi. The private company declined to offer any specifics in terms of number of bookings or inquiries from American travelers, however, and wouldn’t say how interest in Sochi compares to previous games. “It is hard to compare the U.S. fan attendance at Vancouver and Nagano or even Torino,” a spokesman stated via email.

Other agencies promoting Olympics packages give the straightforward analysis that the Sochi games are a disaster, at least in terms of generating interest among vacationers. “This is definitely, from a travel perspective, a low point in terms of a Winter Olympics that I’ve seen in the 20-plus years I’ve been doing it.” Robert Tuchman, president of the New York-based Goviva travel firm, told Businessweek.

(MORE: Day 2 at the Sochi Games: From women’s snowboard slopestyle to men’s skiathlon)

The disinterest isn’t limited to the U.S., and it’s not solely due to the fact that Sochi is largely unknown beyond Russia as a travel destination. Theodora Clarke, an art historian and expert on Russian culture, wrote in the Huffington Post UK edition that there are a wide range of reasons why travelers from all sorts of countries are avoiding the world’s premier winter sporting event. The list starts with the cost and difficulty of getting there (very few direct flights, visas run nearly £200 for UK residents). Oh, and if you want to ski in the tracks of the Olympians, it’s best to wait until long after the games are over. “For best chance of skiing Sochi in the Olympic year we’d suggest looking at late March 2014,” the UK tour operator Crystal Ski warns on its website.

Media coverage for the buildup to the games, meanwhile, has been dominated by criticism that runs the gamut: mismanagement, waste, and corruption, Russia’s record on gay rights, heightened concern about terrorism, photos spread via social media showing how shockingly unprepared Sochi facilities are to host athletes and guests. The general perception of Sochi—which is reportedly running a record-high price tag close to $50 billion, compared to $7 billion for the previous Winter Olympics, in Vancouver—is the one summed up by James Surowiecki of the New Yorker:

If Russia is to see any return on its investment, it’ll be in the form of Russia—and Sochi in particular—somehow getting a boost down the line in terms of foreign business and tourism interest. As the Telegraph (UK) put it, the hope is that the event overcomes the PR debacle leading up to the games (described as “little short of disastrous”) and manages to put Sochi, and Russia, in general “on the map” for global jetsetters who would have otherwise never given them a second glance.

Sochi will have to put on one heck of a spectacle in order to reach that goal. The San Jose Mercury News reported that many American Olympians have been trying to talk their families out of seeing the games in person, due to the costs (“$8,000 without airfare,” the dad of one luger said) and other issues (“You can throw a rock and hit Chechnya,” a bobsledder from California said).

And if it’s difficult to sell people on the idea of visiting Sochi when they have a once-in-a-lifetime opportunity to see family members compete in the Olympics, imagine what it’ll take to get them to trek to Sochi long after the games are over. 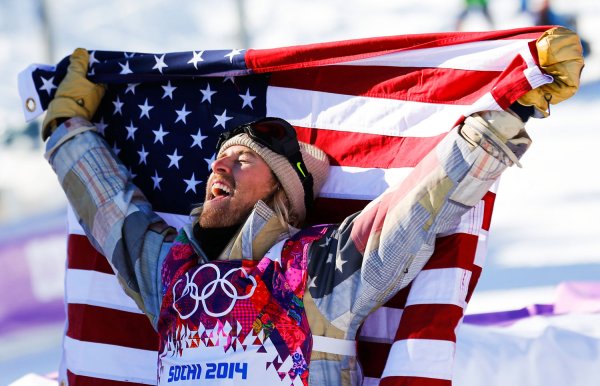