Why Putin Flexed His Military Muscle on Ukraine’s Border

A Russian military vehicle prepares to be loaded into a plane during maneuvers in Crimea, in this image released on April 22
Russian Defense Ministry Press Service/AP
Ideas
By Ian Bremmer
Bremmer is a foreign affairs columnist and editor-at-large at TIME. He is the president of Eurasia Group, a political-risk consultancy, and GZERO Media, a company dedicated to providing intelligent and engaging coverage of international affairs. He teaches applied geopolitics at Columbia University’s School of International and Public Affairs and his most recent book is Us vs. Them: The Failure of Globalism.

Russia has been pulling back tens of thousands of troops from its border with Ukraine following a show of strength that rattled nerves from Kyiv to Washington. Russia’s Defense Ministry said the drawdown would be complete by May 1, part of a routine training exercise; Ukrainian, European and U.S. officials were waiting to exhale.

So, what does Vladimir Putin’s latest muscle flex tell us about his priorities?

First, Putin is determined to mark Russia’s territory across its “near abroad,” particularly Ukraine and Belarus, and he won’t treat Ukrainian President Volodymyr Zelensky as an equal negotiating partner. Zelensky has recently taken action against a pro-Russian oligarch in Ukraine, and he’s reiterated his call for a path to NATO membership for his country. The U.S. has sent unfriendly signals toward Moscow with increased sanctions, and Turkey has provided Ukraine with defensive weapons. Putin wants all of them to think carefully before they take further action.

Second, the show of strength tells us that Putin wants U.S. and European leaders to see that Russia is determined and willing to take risks to protect Kremlin interests. There’s little chance that Putin will order an invasion of Ukraine that would cost the lives of large numbers of Russian troops and force a prohibitively expensive occupation of a country of 40 million people across territory larger than that of any current E.U. member, but Ukraine and Western governments know they’d better watch closely. In that sense, Putin got just what he wanted. President Joe Biden was calling for a summit meeting and at the same time talking tough, but then Biden changed his mind. Ending these military “exercises” on Russian terms gives Putin the last smirk.

But this exercise also tells us that Putin needs a show of strength for reasons that have little to do with Ukraine and much to do with Russia’s future. Russia remains the world’s No. 2 exporter of crude oil and the No. 1 exporter of natural gas. In the early years of his reign, during the hydrocarbon boom that ended with the 2008 global financial crisis, Russia’s economy was red-hot, growing, on average, by close to 7%. But oil markets have never recovered from the oil-production surge in the U.S. that followed, and since then, Russia’s economy has grown each year by on average just 1% a year. Russia hasn’t done much to diversify its economy away from hydrocarbons. Oil and gas still make up around 60% of Russia’s exports and some 40% of its revenue. Living standards are in decline, and though an election later this year has Putin promising all sorts of goodies, his 21 years in power inspire little confidence that better days lie ahead.

Western media are now paying close attention to the fate of Alexei Navalny, a determined Putin critic who finds himself in prison and in failing health. Putin can’t be too concerned. A clear majority of Russians either dislike Navalny or don’t care about him. But even if Navalny doesn’t survive, his message will. Rising frustration with slow growth, poor prospects and massive corruption leaves Putin in need of muscular displays to bolster his popularity.

For now, Russia has financial reserves to weather near term economic storms, and Putin still has an approval rating above 60%. But that number is falling, and while Russia’s rainy-day funds are in solid shape, the Kremlin’s inability or unwillingness to diversify the Russian economy ensures there is little reason to believe things will change for the better.

That’s the bad news for Putin. The bad news for Ukraine and the West is that as conditions get tougher, Putin will feel the need to look tougher still. 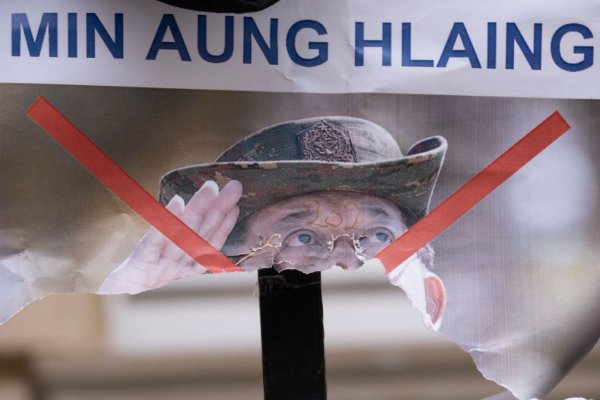