How a Proposed 'Transparent' Law Would Blatantly Mislead Consumers

The new bill is strongly supported by the airline industry. That alone gives a pretty good indication it’s a bad deal for travelers.

Last month, the Transparent Airfares Act of 2014 was introduced in the House, with the stated goal to “restore transparency to the advertising of U.S. airline ticket prices, and ensure that airfare advertisements are not forced to hide the costs of government from consumers.” The bill was proposed in response to federal regulations passed two years ago that required taxes and fees to be included in the prices featured in airline advertising.

“These regulations actually hide the cost of government from consumers,” Bill Shuster (R-PA) and Peter DeFazio (D-OR), the sponsors of the bill and leading members of the House Transportation and Infrastructure Committee, said in a press release this past week. The release also announced that the committee had approved the bill, bringing it one step closer to becoming law. “This common sense bill will allow flyers to see the full breakdown of their ticket costs,” said Shuster and DeFazio, “so they’ll know what they’re paying for the service, and what they’re paying in government imposed taxes and fees.”

Consumers are fans of common sense. Transparency too. So what’s not to like about the Transparent Airfares Act? Well, consumer advocates start their arguments by pointing out that the rule changes in the bill makes no sense for travelers, and that they are seriously lacking in transparency.

(MORE: Here’s the Most Depressing Thing About the Airlines Right Now)

How could a set of regulations encourage transparency while simultaneously raising the opportunity for deception? It can’t.

Proponents of the bill say that consumers want transparency in terms of full disclosure of the fees and taxes included in the total price of a flight. Airlines for America (A4A), an airline association that strongly backs the new bill, claims that current regulations—which, again, call for advertised prices to be listed after mandatory taxes and fees are factored in—hide the amount paid to the government with each flight purchase. For the typical $300 flight within the U.S., federal taxes account for $61, or 20% of the total ticket price.

In effect, supporters of the bill would like airlines to be able to advertise that flight—which costs $300, remember—at a price of $239. Who would want that? You would, say the airlines and the bill’s sponsors.

Sure, in a way there’s a little more transparency because travelers would be more aware of how much they’re paying in taxes and fees, spelled out in fine print somewhere. But far more importantly, there’s a greater likelihood of consumers being misled and deceived if airlines are yet again allowed to advertise unrealistic low-ball fares that don’t come close to representing the total price of a flight.

That’s why consumer advocates think the Transparent Airfares Act is anything but transparent. They’ve redubbed it the “Air Transportation Cost Concealment and Deception Bill” (Paul Hudson, of Flyersrights.org), and the “Obfuscated Airfares Act of 2014” (Ed Perkins, of Smarter Travel). Perkins attacks the idea promulgated by the airlines, Shuster, and his cohorts that consumers are somehow clamoring for line-by-line explanations of the taxes and fees included in the price of a flight, when nothing could be further from the truth. “What they want to know is how much a trip will really cost, not some phony figure designed to make them think an airline is almost giving away tickets,” Perkins writes. “If they really want to know the details about taxes and fees, they can easily look at the ‘terms and conditions’ pull-down display.”

People such as A4A CEO Nicholas E. Calio play up to the masses by saying the new bill is about “promoting government transparency” and “protecting customers,” but it’s a major stretch to believe the proposed changes would actually help travelers. Another line in the statement released by Calio shows that one of the purposes of getting the bill passed, or at least noticed, has nothing to do with transparency, but with simply keeping government fees in check. “Air travel remains one of the best bargains for consumers, but that affordability is imperiled by rising government taxes and fees,” said Calio.

That may very well be true. But it’s no reason to install new rules that would increase the chances travelers will be confused and duped by airlines. 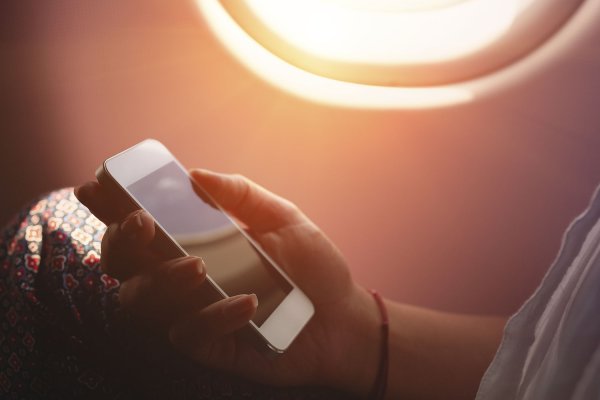 Airlines Are Nixing Fees and Adding Services
Next Up: Editor's Pick