'Stay-at-Home Mothers:' Why We Still Use This Clunky, Outdated Term

This week Pew Research Center announced that, after decades of decline, an increasing amount of American women are “stay-at-home mothers.” But among all their thorough analysis of economic and societal factors that may have spurred this uptick was an unacknowledged finding: that even though women have been complaining about the label for years, society still doesn’t have a better name for these women than “stay-at-home mothers.”

There has never been a universally lauded term for women who, as TIME’s Belinda Luscombe puts it, “are not working for pay outside the home.” Just as she implicitly tries to acknowledge that what these women do is work—simply not work that they sit at a desk and get pay stubs for doing—Pew avoids “mom” throughout their study, instead opting for the more venerating mother. (While moms make beef stroganoff, mothers are busy being matriarchs.) Yet these efforts don’t address the typical complaints about the phrase: “stay-at-home” can make it sound like the woman is a shut-in; the emphasis is on what she doesn’t do—go out into the world—rather than all the things she does do.

The phrase “stay-at-home mom” starts cropping up in the 1980s and really takes off in the 1990s (when women were going to work in droves), though ­the lone stay-at-home, meaning someone who doesn’t travel or who doesn’t take part in military service that requires travel abroad, goes back to at least the early 1800s. “A talking pretty young woman like Miss Crawford,” Jane Austen wrote in Mansfield Park, “is always pleasant society to an indolent, stay-at-home man.” Charles Dickens wrote in an 1836 letter that his dearest, Mrs. Dickens, “is a great stay-at-home just now.” At that point it was essentially shorthand for someone who just doesn’t get out much.

Housewife, modernly criticized for conjuring drudgery and an emphasis on serving the needs of a husband, stretches all the way back to the early 1200s. By the mid-1900s, America was ready for another term: homemaker, which as Slate’s Jessica Grose recounts, “had pretty thoroughly replaced housewife by the 1970s.” Homemaker, sociolinguist Ben Zimmer says, was seen as more respectful. And it sounds more active, more productive than a word that connotes maintenance of kitchen cabinets. The term also sounds less gendered, Zimmer says: “A man, in theory, should be equally good at making the home.” But that term didn’t do it for everyone either, and in the politically correct culture of the ’90s, tortured alternatives crop up, like domestic engineer or parenting professional or household technician.

Those all share another problem with stay-at-home mother, at least in some people’s eyes. The phrases are clunky and cumbersome, five- or six-syllable descriptors that seem like they’re trying fairly hard next to a brisk teacher or writer or engineer.

For every person critical of a term for these women there seems to be another who says it’s just fine—or perhaps a label to reclaim and be proud of. “This is one of the areas of life where there doesn’t seem to be one good term that people can agree on,” Zimmer says. He and other language experts point out that there is much more at work than a string of letters in any case. “It’s a problem of social attitudes toward stay-at-home moms,” says author Melissa Mohr. “I’m not sure calling us physicists would change the attitudes.” Beneath the battle over the labels are fights about what real work is and what work is most worthy.

In 1924, before homemaker was in vogue in the U.S., Britain’s first female Cabinet minister had this to say: “The fact of the matter is that a large number of women are not fit to be homemakers because they have never addressed their minds to it as a vocation … Homemaking requires the greatest intellectual effort and the most sustained service—the infinite capacity for taking pains which amounts to genius. I have very little patience with the woman who wants to leave husband and children to the care of paid workers, while she herself seeks outside work because it is more intellectual.” This much bigger debate about women’s role in society has, of course, been raging on for centuries and will keep raging.

There are a few clear no-nos in this realm of phrasing. “The biggest mistake that can be made in writing about the childcare issue is to use a phrase that derogates mothers who do not choose to pursue careers outside the home,” New York Times language columnist William Safire wrote in a 1988 piece titled “Never, Ever Say ‘Non-Working Mother.’” (He made that very mistake in an earlier column and suffered outrage.) Democratic strategist Hilary Rosen weathered similar blowback after proclaiming during the 2012 campaign that Ann Romney had “never worked a day in her life,” despite having raised five children.

Knowing what not to say is easier than knowing what to say. Working mother sounds like a female is doing two productive things, working and being a mother, while the same isn’t so obviously true for working and “staying at home.” Zimmer believes that America is moving toward a place where these terms are less necessary on the whole, because so many parents are enjoying less traditional mixtures of parenting and working, as well as less traditional gender roles. In the meantime, the market is open for a better, less clunky phrase. 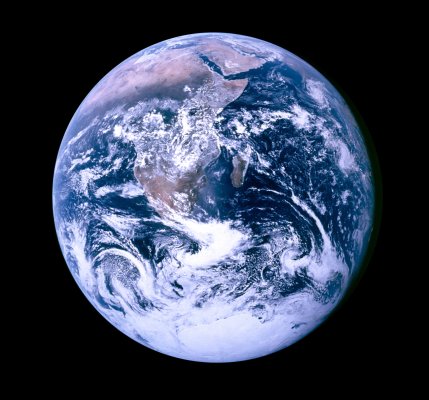