Leonardo DiCaprio and Jonah Hill just can’t get enough of each other. The Wolf of Wall Street duo are preparing to team up once again, reports Deadline — this time for a movie about the 1996 bombing at Atlanta’s Centennial Olympic Park, which left one person dead and dozens more injured.

The film doesn’t yet have a title, but much like Wolf, which was based on the memoir of former stockbroker and white collar criminal Jordan Belfort, the new project will also be inspired by an account of real-life events. The 21st Century Fox production is based on the 1997 Vanity Fair article “American Nightmare: The Ballad of Richard Jewell.” Hill will play Richard Jewell, a security guard who was lauded as a hero after the bombing, only to be accused of terrorism days later. DiCaprio, who is also attached to produce, will play Jewell’s lawyer, who helped clear his name.

But unlike the pair’s previous film — a dark comedy through and through — Jewell’s story is a sad one.

A law-enforcement officer in the 1990s, Jewell moved in with his mother in Atlanta in order to find work. He told Vanity Fair he had an idea that “[w]orking at the Centennial Olympic Park will look really good on my résumé,” so he snagged a job as a security guard. On July 26, while working a 12-hour shift at the Centennial Olympic Park, Jewell noticed a green backpack under a park bench. Realizing that the bag didn’t belong to anyone nearby, he immediately reported it and began to clear the area.

Unfortunately, before the area could be entirely cleared, a pipe bomb stashed in the backpack exploded and — despite Jewell’s efforts — shrapnel from the blast killed one woman and injured dozens more. The scene was chaos, but on the days that followed, Jewell was praised as a “hero” by the media for his quick response.

Yet just three days after the bombing, Jewell was named by the Atlanta Journal-Constitution as a possible suspect; the next day, papers across the country began reporting the same thing. Several media outlets painted Jewell as a maniac seeking the spotlight, alleging that he had planted the bomb himself only so that he could pretend to discover it and be lauded as a hero. Even the fact that Jewell lived with his mother provoked suspicion at some news outlets. Discussing Jewell, Tom Brokaw said on air at NBC, “They probably have enough to arrest him right now, probably enough to prosecute him, but you always want to have enough to convict him as well. There are still holes in this case.”

In addition to the media attacks, Jewell was subjected to FBI searches of his apartment and near-constant surveillance. Though he was never charged, two of the bombing victims filed lawsuits against him. The false accusations and media circus that consumed Jewell’s life “came to symbolize the excesses of law enforcement and the news media,” according to the New York Times.

Finally, in October 1996, when it became obvious that Jewell wasn’t responsible for the bombing, he was formally cleared. According to a follow-up in Vanity Fair in 2007, Jewell initially had trouble finding work, but “with flashy lawyer Lin Wood leading the charge, [he] sued a number of media companies for libel. Most organizations settled, including CNN and NBC; however, the Atlanta Journal-Constitution held its ground.”

In 2005, Eric R. Rudolph — a man responsible for subsequent bombings after the 1996 attack — pleaded guilty to the Centennial Olympic Park bombing and was sentenced to life in prison. Two years later, Jewell died at the age of 44 from complications due to his weight.

Despite the DiCaprio and Hill reunion, the upcoming drama couldn’t be more different from The Wolf of Wall Street. Even the roles the two will play — with Hill in a leading role and DiCaprio supporting — indicate a shake-up.

But considering the past financial and critical success of the DiCaprio-Hill pairing, the Atlanta Olympic drama is still all but bound to win the box office. 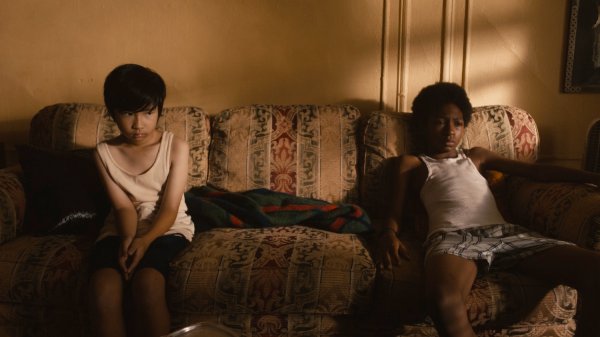 The First Lady Picked This Indie Movie to Frame Her Conversation About Education
Next Up: Editor's Pick