Mexican president Andrés Manuel López Obrador made a tangible proposal at last week’s U.S.-led climate summit, a rarity in the world of climate geopolitics. He called on President Joe Biden to finance an expansion of Mexico’s mass tree-planting program, called “Sowing Life,” across Honduras, Guatemala and El Salvador (which make up the “Northern Triangle” region just south of Mexico). The program would pay farmers in those countries to plant trees, which, he said, could help alleviate rural poverty and convince potential undocumented migrants to stay home. The U.S., he added, could offer six-month work visas for those who participated in Sowing Life for at least three years, “giving order to the flow of migration.”

It was a bold idea, coming from a controversial populist leader with a dubious track record on environmental policy. It hit on an enticing number of U.S. priorities, though: in January Biden signed an executive order mandating the infusion of climate action across foreign policy. He has also pledged to spend $4 billion to tackle the causes of migration from the Northern Triangle and, as my colleague Brian Bennett reports , one of his long-term goals is to open more pathways to legal immigration to the U.S. Plus, politicians in general really like to plant trees.

But it turned out that the U.S. had dismissed López Obrador’s idea before he formally proposed it. At a pre-summit press briefing on April 20 one U.S. official said that while the Biden government supports nature-based climate solutions, it is “not focused on the intersection between the two issues…. This is not a conversation for us about immigration. It’s a conversation about climate change.”

The U.S. is right to be wary of financing Sowing Life. In 2019, its first year of operation, only 80 million of the 575 million planned trees were planted. Investigative reporting by Bloomberg found that in some regions, the program incentivized farmers to cut down forests in order to re-plant the cleared land. Local journalists warn the funding structure leaves the program open to corruption—an endemic problem in the region where López Obrador proposes expanding. According to Néstor Génis, an investigator at Ethos, a Mexican public policy think tank, the program could end up a long-term success if its leaders learn from their mistakes, and U.S. technical support could help. But, he says, “there are no indicators so far that this program is a success in Mexico and should be exported to other countries.”

Women try to recover belongings after the passage of Hurricane Eta through Omonita in El Progreso, Honduras, on November 15 2020,
Orlando SIERRA – AFP/Getty Images

Whatever you think about the Sowing Life program specifically, though, the U.S.’ assertion that climate and immigration need to be dealt with separately is confounding. Many of those now arriving at the southern border are fleeing the impact of Hurricanes Eta and Iota, two devastating storms that hit Central America last November. For years, others have emigrated because climate change is intensifying droughts and destroying agricultural livelihoods in the so-called “Dry Corridor,” a tropical dry forest region that runs from Guatemala to Costa Rica.

Indeed, the Biden Administration’s own state department doesn’t seem to agree with what its representative said at that April 20 press briefing. Asked to clarify, a state department spokesperson told me on April 26 that the U.S. is “closely cooperating” with Mexico on migration strategies, including looking at “the link between the effects of climate change and increased migration, as well as effective models for alternative labor pathways.” On April 27, Vice President Kamala Harris announced a $310 million package of humanitarian aid for the Northern Triangle, specifically targeting food insecurity and the impacts of drought.

Immediately after the November storms, Guatemala’s president said the region urgently needed aid to stop “crowds of Central Americans going to other countries in search of a better life.” International financing to help vulnerable regions adapt to climate change is sorely lacking, and as extreme weather events and agricultural disruption become increasingly common, climate-vulnerable developing countries will likely increase their demands on wealthy countries to take responsibility for their massive contribution to climate change.

When it comes to the U.S., taking responsibility may mean both rethinking immigration policy—Biden has already commissioned a report on “options for protection and resettlement” of climate refugees—and making climate adaptation a constant focus for U.S. spending abroad. Analysts say the Biden Administration has “a chance to respond to both climate change and migration in Central America in one fell swoop,” by investing in renewable energy and reforestation programs in the region.

Mexico hasn’t given up on Sowing Life, promising to make the program a focus of a May 7 meeting between López Obrador and Vice President Harris. Whether or not that succeeds, Mexico’s flawed proposal at last week’s summit demonstrates the need for the U.S. and other donor countries to engage with communities and environmentalists–not just governments–in places where they want to drive climate action. The success of that engagement will be decisive for the millions of people who may, over the next few years, have to choose between a rapidly changing home, and an uncertain path away. 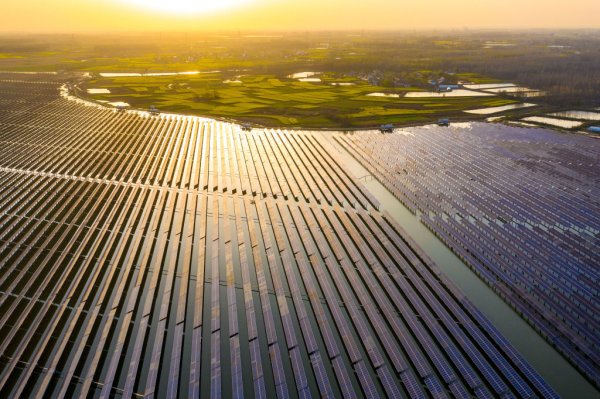