It made sense that Warner Bros split the final Harry Potter movie into two films: there was a clear break in the plot and far too much happening with Voldemort and Co. to cover in a 3-hour movie. And yes, it worked when HBO split a Storm of Swords into two seasons for Game of Thrones because, again, it made sense for the story. And sure, it could be argued that The Hobbit deserved 3 films as well.

But for Twilight, Hunger Games, and now Divergent, it’s been purely a moneymaking decision — and a cynical one at that. For all three of these YA books-turned-movie franchises, the last book in each series carried the weakest plot, and though fans have yet to see how Mockingjay Parts 1 and 2 will play out, stretching Twilight’s Breaking Dawn into two films made the first part a drawn-out bore — one of many problems with the vampire franchise.

The material in the final chapters of these franchises aren’t strong enough to carry the stories that made the books good enough to be adapted in the first place. And the numbers from previous franchises’ split-book success makes it clear it’s a cash-grab. Harry Potter and the Deathly Hallows Part 2‘s opening weekend has yet to be beat, making its total intake $475.5 million worldwide; the film actually collected more money on its Friday release ($92.1 million) than the franchise’s first film, Harry Potter and the Sorcerer’s Stone, made in its entire opening weekend ($90.3 million). Twilight’s Breaking Dawn Part I raked in a domestic and international total of $283.5 million in its first weekend alone, while its second installment topped the box office with $340.9 million. If Divergent, which made $54.6 million its opening weekend, follows the same trajectory as Harry Potter, the second part of Allegiant could make as much as $287.5 million — and probably more, considering new fans are likely to jump on the bandwagon.

The third book in the Divergent series earned its haters, and not entirely without justification. The ending, where SPOILER ALERT heroine Tris takes her own life to save her brother, left fans cold, and the text includes little action. Problematic, too, is the off-putting narrative style between its two main characters, Tris and Four; that will mark an unusual departure from the first film’s voice over by Shailene Woodley’s Tris.

Allegiant was tough enough to read, so translating it into one film — let alone two — should prove challenging. At least there’s Woodley’s best-crying-in-Hollywood tears to look forward to. 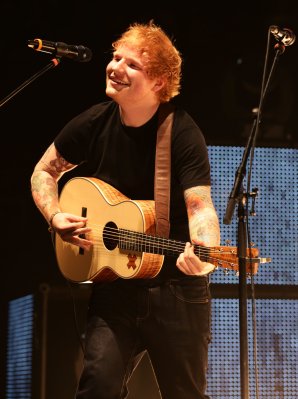