On one of the first rainy days that drought-stricken California has had in months, San Francisco Mayor Ed Lee stood out of the rain in an unfinished retail space on the city’s gentrifying Market Street. Exposed pipes ran past naked plaster and cold concrete floors, but the drab backdrop had shining significance: above the retail space were nearly two dozen brand new, below-market rate apartments, the kind of housing the land-constrained, soaringly expensive city desperately needs—and that the mayor has vowed to provide.

Housing in San Francisco has become the most costly in the nation, spurring an affordability crisis that has pushed protesters into the street and low-income earners out of their homes. It has also inspired a flurry of activity at City Hall, where politicians have been churning out proposals aimed at fixing housing problems and easing the city’s simmering class tensions. Lee’s latest effort, announced at a press conference in the retail space on Thursday, calls for cutting red tape in the cumbersome review process for new projects and giving priority to proposals that include units for lower-income residents.

Other proposals have been more ambitious and far more controversial. Here’s a look at seven other plans for solving San Francisco’s housing crisis:

Build, build, build
One of the city’s biggest problems is that far more people now want to live here than can currently fit. In his “State of the City” address in January, Lee announced the ambitious goal of building or rehabilitating 30,000 new homes by 2020, the equivalent of 5,000 each year—and a massive increase from the rate that the city has been building. In 2011, a mere 260 units were completed in the City by the Bay. Lee has said he wants one-third of the new units to be “permanently affordable” to lower-income residents.

City Supervisor David Campos proposed a law on Feb. 4 that would require certain landlords evicting tenants from rent-controlled buildings to essentially subsidize the new, higher rents those people could be forced to pay. Landlords would have to pony up the difference between the controlled rents and whatever the going market rate for that apartment would be for the equivalent of two years. Unsurprisingly, developers and landlords have balked.

City leaders have also proposed legislation that would turn illegal “in-law” units into legitimate housing stock. These might be apartments that are actually converted garages, unglamorous but livable spaces that aren’t technically up to code. There are tens of thousands of such units in the city. “They house a lot of people. They tend to be much lower rent,” Wiener says. Legalizing them also causes uproar among NIMBY-types who don’t want buildings zoned as single-family homes suddenly becoming two-family homes.

Lee recently met with executives from the tech industry, many of whom supported his candidacy, and encouraged them to become much more engaged in local philanthropic causes. Anger from displaced residents has been aimed at many of those successful companies, which are drawing well-paid workers to town, who in turn give developers another reason to build those luxury condos. Some businesses are already making efforts to be seen as part of the housing solution rather than part of the problem: Twitter, which relocated its headquarters to the Mid-Market area after receiving a tax break from the city, has sent their legal staff to represent locals pro bono during eviction proceedings.

Currently developers behind every new housing project in the city that has 10 or more units must price 12 percent of those units below market rate—or pay the city a fee to opt out. Peter Cohen, co-director at the Council of Community Housing Organizations, has suggested that the city eliminate the pay-not-to-play option, which developers may decide to use so that more apartments yield more rent in the long run, even if only the wealthy can afford them.

Under San Francisco law, most units built before 1979 are subject to rent control, and city leaders are working to keep residents who live in those buildings in place. On Feb. 4, the mayor said the city intends to make it more difficult to take existing housing stock off the market by requiring review hearings when a loss of housing is proposed. Another city supervisor put forward a controversial proposal late last year that would ban merging, converting or demolishing a property for 10 years after most evictions.

At the press conference, Lee took a forceful tone about the city’s housing problems. The city, he said, has to be “almost militaristic about building” for people who aren’t rolling in cash. 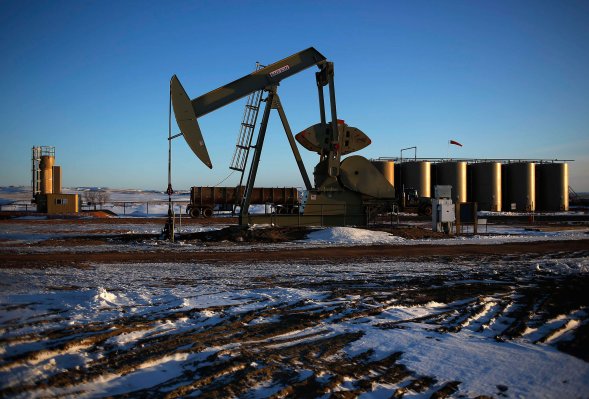 How the U.S. Energy Boom is Changing America's Place in the World
Next Up: Editor's Pick