Here Are the 12 New Books You Should Read in May

The best new books of May run a gamut as long and welcoming as a bookstore aisle. They range from fitness obsessions to a fictional religious compound, from NASA to Native poetry. They ask questions about place, purpose and paths—particularly ones not taken. Celebrated authors like Rachel Cusk and Alison Bechdel make much-anticipated returns, and Stacey Abrams delivers a buzzy legal thriller. Read on to find the best books to read in May.

The Secret to Superhuman Strength, Alison Bechdel (May 4)

In her graphic memoirs Fun Home and Are You My Mother?, cartoonist Bechdel crafted wrenching and comic narratives about her relationships with her father and mother. Her latest graphic memoir charts a different relationship: the one between her and exercise. The book explores the fitness fads she’s participated in over the last six decades, including running, cycling classes and “feminist martial arts” as the author explores her fixation on fitness and how it relates to her journey of self-discovery.

Buy Now: The Secret to Superhuman Strength on Bookshop | Amazon

Leda and the Swan, Anna Caritj (May 4)

The night Charlotte Mask mysteriously goes missing from her college campus, third-year student Leda thinks she slept with her new crush Ian, but she isn’t sure. Leda can’t remember much of the evening, except that she ran into Charlotte outside a frat house, which might mean she was the last one to see the young woman before she disappeared. As the days pass with no sight of Charlotte, Leda becomes obsessed with finding her and piecing together what really happened that night. What ensues is a disturbing, but affecting narrative about consent, power and loneliness.

Buy Now: Leda and the Swan on Bookshop | Amazon

Like her acclaimed Outline trilogy, the novelist’s latest dissects huge questions about humanity and love through characters leading rather ordinary lives. This time, the narrative is centered on a woman and her guesthouse on the coast, where she’s just invited a famous artist to stay. His paintings left a lasting impression on her years before, but his presence in her home proves complicated, upsetting the delicate balance of her household.

For her signature laureate project, Harjo, the first Native U.S. poet laureate, created an interactive digital map to “introduce the country to the many Native poets who live in these lands.” This anthology serves as a companion, featuring the voices of Natalie Diaz, Ray Young Bear and Craig Santos Perez, among others. Their poems explore displacement, persistence and heritage, coalescing into a powerful collection that celebrates the crucial role of Native poets in American literature.

Pop Song: Adventures in Art and Intimacy, Larissa Pham (May 4)

In her debut work of nonfiction, Pham explores various ways of falling in love with art, people and life, through 11 pieces that serve as a memoir-in-essays. The first piece sets the tone, as Pham describes what she gets out of running and her feelings on what author Haruki Murakami has said on the subject. Throughout Pop Song, Pham blends her most intimate thoughts with stirring cultural criticism, with essays that make mention of Frank Ocean’s music, Agnes Martin’s paintings and more. Simultaneously, Pham wrestles with her own heartbreak and trauma as she finds solace in the art that surrounds her.

Secrets of Happiness, Joan Silber (May 4)

Ethan is a lawyer living in New York who learns a crushing blow about his father: he has a secret second family, including two children, with a Thai woman in Queens. As Secrets of Happiness unfolds, the families are unexpectedly thrown into each other’s orbits in a narrative that travels the world, from Manhattan to Bangkok. As Ethan navigates these revelations along with a thorny love triangle of his own, Silber weaves together an intricate story about love, loyalty and betrayal.

After fleeing her religious compound for the woods, teenager Vern gives birth to twins and hopes to shield them from the rest of the world. But as time passes, her body begins to change in ways that force her to confront her past and the community she left behind. Solomon captures Vern’s journey in a gripping narrative that is equal parts speculative fiction and Gothic tale, all while unraveling a fictional world that is not dissimilar to our own, particularly in its depiction of racism and white supremacy.

While Justice Sleeps, Stacey Abrams (May 11)

The Georgia politician and voting-rights activist has written eight romance novels under a pseudonym, but she’s publishing her newest book, a thriller, under her own name. This legal suspense novel follows a young law clerk who, much to her surprise, becomes the legal guardian of a Supreme Court justice after he falls into a coma. As the protagonist finds herself in an unexpected and powerful position, she must navigate the chaos of Washington politics.

The Window Seat: Notes From a Life in Motion, Aminatta Forna (May 18)

In Forna’s first book of nonfiction since her 2002 memoir The Devil That Danced on the Water, the novelist ruminates on experiences throughout her life to tackle questions surrounding identity and belonging. The pieces in her new collection range in subject and scope, from shadowing the lone veterinarian in Sierra Leone to drawing connections between Barack Obama’s life and her father’s to describing her experience walking all over the world as a Black woman. The result is a moving examination of places and people, filled with Forna’s carefully constructed observations and analysis.

In Noise, authors Kahneman, Sibony and Sunstein want us to consider why bad judgements are made. They ask how a person—perhaps a doctor or a judge—can be faced with a situation and make a decision today, but, on a totally different day, may not make that same call. They believe part of the reason is due to noise, the “variability in judgements that should be identical.” In their book, the authors describe the impact of noise across fields, from medicine to law to child services, and break down how it goes unnoticed and how it can be remedied.

My Remarkable Journey, Katherine Johnson (May 25)

In her posthumously published memoir, the mathematician, who died in 2020, details her life and all that she endured, from growing up as a child prodigy in the segregated schools of West Virginia to her rise at NASA, where her research helped land a man on the moon. Though My Remarkable Journey focuses on the life of Johnson, who was a subject of Margot Lee Shetterly’s Hidden Figures, it also pays tribute to the educators who supported her in following her dreams.

The protagonist of Kawakami’s newly translated novel is shoved in lockers and mocked at school for his lazy eye. His only respite is an unexpected friendship with another student who is also a victim of bullying. But how can a relationship really last when its foundation is built on shared experiences of humiliation? The author moves toward an answer in this quietly devastating tale of middle school drama. 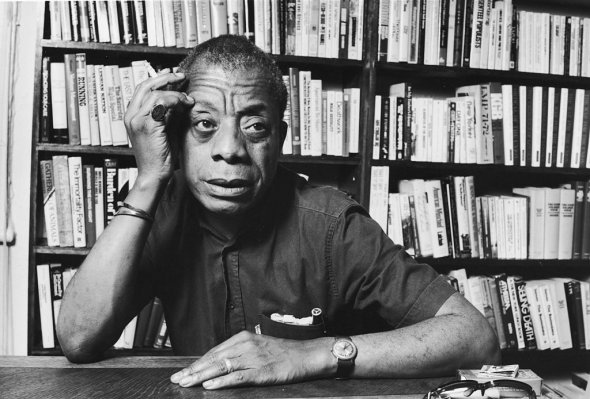 How 1960s White America Turned Its Back on James Baldwin
Next Up: Editor's Pick