Why Action Against Climate Change Is Unlikely to Improve U.S.-China Relations

Aerial view of solar panels installed atop a reservoir at a fishery-solar hybrid photovoltaic power station on March 25, 2021 in Anhui, Hefei Province of China.
Photo by Ruan Xuefeng/VCG via Getty Images
Ideas
By Ian Bremmer
Bremmer is a foreign affairs columnist and editor-at-large at TIME. He is the president of Eurasia Group, a political-risk consultancy, and GZERO Media, a company dedicated to providing intelligent and engaging coverage of international affairs. He teaches applied geopolitics at Columbia University’s School of International and Public Affairs and his most recent book is Us vs. Them: The Failure of Globalism.

For both China and the U.S., leading the charge against climate change is a geopolitical opportunity unlike any other. And that’s exactly the problem for those hoping the common threat of global warming will improve U.S.-China relations any time soon.

For Washington, steering the worldwide fight against climate change is part of an effort to reassert global leadership after the Trump years, a key motivation underpinning this week’s U.S.-orchestrated Earth Summit. For Beijing, fronting a successful campaign against climate change provides conclusive proof to the rest of the world that not all roads need run through Washington—a missed opportunity for the Chinese during the pandemic given Beijing’s stumbling vaccine diplomacy.

The optimists will say that climate change is different than all the other fights Beijing and Washington are currently thrashing out. Working together to avert global warming is obviously positive-sum: everyone wins from a world where the polar ice caps don’t melt and destructive weather events don’t happen with increasing frequency. Unfortunately, the road to that outcome is much more competitive: any U.S. success in building better international relationships to combat climate change—not to mention giving U.S. businesses the resources and incentives to successfully confront climate challenges—will come at the expense of Chinese influence abroad. For years, China’s Belt and Road Initiative of external financing to help other countries build critical infrastructure projects was unmatched by any development efforts from the U.S. But under new climate change initiatives, the U.S. now has a way to mitigate China’s influence by pushing private sector investment, public economic aid and trade regulations towards greening the world… and expanding its own influence in the process.

Maybe it was possible to avoid this troubling state of affairs, but the relationship has deteriorated too much at this point to avoid confrontation on climate and all else—neither the U.S. nor China can escape the constraints of their domestic politics. China has embraced the narrative it has sold to its citizens that the U.S. is in terminal decline and trying to hold China down; in the U.S., anti-China sentiment is one of the few subjects on which lawmakers from both parties can still agree.

For all the positivity on the climate change front this week and the Earth Day summit, we need to brace for more U.S.-China competition in this arena rather than cooperation. Vying for climate change leadership will be less intense than the fights over trade, technology, and human rights already underway given the broad understanding that both countries benefit in the long run from mitigating climate change. But relations will still be plenty competitive, especially as addressing climate change touches on enough other contentious issues (renewable energy exports, tech IP, international financing and terms that go along with it, etc…) that will prevent the two countries from putting aside their differences and fighting together the most pressing threat of our lifetimes.

But let’s end on a more optimistic note. This past week has highlighted that there is now a more serious approach underway to deal with the climate change threat that affects us all. Europe stands to benefit by being the policy-leader in setting environmental standards and playing intermediary between the U.S. and China on the geopolitical front, both of which bolster its credentials as a critical geopolitical power while also advancing its goal of greening the world. For China, a global move away from fossil fuels makes it less vulnerable to its own foreign oil needs while also allowing it to export the green technologies (think solar panels and wind turbines) and the rare earth metals and minerals they need to run on to the rest of the world, which could put China on the path to becoming the first green energy superpower. And the U.S. now has a green energy avenue to extend financing and support (and thereby influence) to other countries while retaining the wealth and innovation that continues to make it indispensable as a global leader, if not necessarily the only global leader.

Cooperation is better than competition when it comes to fighting climate change. But competition over addressing climate change is preferable than the denialism of the past decades. If the U.S. and China must compete, it should at least be in service of a cause that benefits the world. 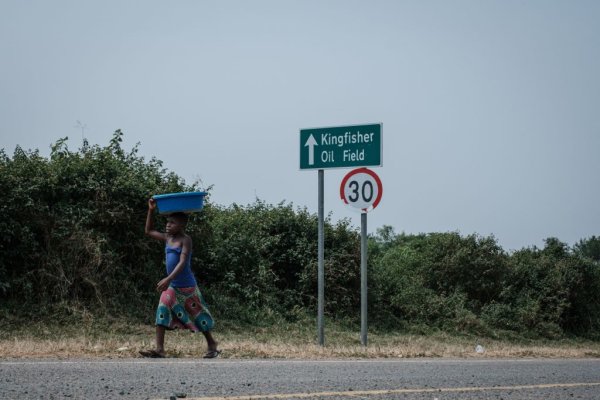 Biden’s Climate Summit Made Progress. But We Won't Reach Net Zero by 2050 Without Those Who Weren’t Invited
Next Up: Editor's Pick