The Metaverse Is Coming. Nvidia CEO Jensen Huang on the Fusion of Virtual and Physical Worlds

(Miss this week’s Leadership Brief? This interview below was delivered to the inbox of Leadership Brief subscribers on Sunday morning, April 18, to receive weekly emails of conversations with the world’s top CEOs and business decisionmakers, click here.)

It’s not altogether surprising that a company earning billions of dollars a year making the chips that power today’s hyperrealistic video games has a business plan inspired by a science-fiction novel. Jensen Huang, the CEO of Nvidia, the nation’s most valuable semiconductor company, with a stock price of $645 a share and a market cap of $400 billion, is out to create the metaverse, what Huang describes “a virtual world that is a digital twin of ours.” Huang credits author Neal Stephenson’s Snow Crash, filled with collectives of shared 3-D spaces and virtually enhanced physical spaces that are extensions of the Internet, for conjuring the metaverse. This is already playing out with the massively popular online games like Fortnite and Minecraft, where users create richly imagined virtual worlds. Now the concept is being put to work by Nvidia and others. Partnering with Nvidia, BMW is using a virtual digital twin of a factory in Regensburg, Germany, to virtually plan new workflows before deploying the changes in real time in their physical factory. The metaverse, says Huang, “is where we will create the future” and transform how the world’s biggest industries operate.

From their roots in the gaming industry, Nvidia chips are now an important component of many of the world’s most powerful computers, powering AI, drug discovery and the coming generation of autonomous vehicles.

Huang joined TIME for a video conversation this week to talk about the chip shortage, the future of the car industry and his belief in the goodness of human nature.

(This interview with Nvidia CEO Jensen Huang has been condensed and edited for clarity. Note: Some of Huang’s comments, below, are from a keynote speech he gave earlier this week and the press conference that followed.)

You describe the latest iteration of AI as “the modern Big Bang.” Can you share your view of the transforming potential of AI?

AI is a watershed moment for the world. Humans’ fundamental technology is intelligence. We’re in the process of automating intelligence so that we can augment ours. The thing that’s really cool is that AI is software that writes itself, and it writes software that no humans can. It’s incredibly complex. And we can automate intelligence to operate at the speed of light, and because of computers, we can automate intelligence and scale it out globally instantaneously. Every single one of the large industries will be revolutionized because of it. When you talk about the smartphone, it completely revolutionized the phone industry. We’re about to see the same thing happen to agriculture, to food production, to health care, to manufacturing, to logistics, to customer care, to transportation. These industries that I just mentioned are so complex that no humans could write the software to improve it. But finally we have this piece of this new technology called artificial intelligence that can write that complex software so that we can automate it. The whole goal of writing software is to automate something. We’re in this new world where, over the next 10 years, we’re going to see the automation of automation.

Not to make any value judgments about the importance of video games, but do you find it ironic that a company that has its roots in entertainment is now providing vitally important computing power for drug discovery, basic research and reinventing manufacturing?

No, not at all. It’s actually the opposite. We always started as a computing company. It just turned out that our first killer app was video games. At the time video games was a zero billion-dollar market, and we postulated that this new industry called video games, with 3-D graphics that are really rich and beautiful was going to be one of the largest technology industries in the world. The condition is extremely rare that a market is simultaneously large and technologically demanding. It is usually the case that the markets that require really powerful computers are very small in size, whether it’s climate simulation or molecular-dynamics drug discovery. The markets are so small, it can’t afford very large investments. That’s why you don’t see a company that was founded to do climate research. Video games were one of the best strategic decisions we ever made.

Why are recommendation algorithms so hard and so important?

Recommender systems are the most important AI system of our time, the most important machine-learning pipeline in the world today. It is the engine for search, ads, online shopping, music, books, movies, user-generated content, news. They are processing hundreds of petabytes of data and moving toward terabytes. One of the most important things that intelligent people do is make recommendations. Recommender systems predict your needs and preferences from past interactions with you, your explicit preferences, and learned preferences using methods called collaborative and content filtering. Trillions of items to be recommended to billions of people.

How has the chip shortage affected the car industry?

One of the dynamics that COVID exposed is a weakness in the supply chain of the automotive industry, which has too many components built into cars. When it shut down abruptly because of COVID, the recovery process—the restart process—was far more complicated than anybody imagined. It is very clear that the car has to be rearchitected, and instead of thousands of components, it really wants to be a few centralized components, because you could keep your eyes on four things a lot better than you can keep an eye on 1,000 things or 10,000 things coming from different places.

Beyond the chip shortage, you work closely with major car companies: How will AI impact the automotive industry?

The car industry could start thinking about their cars not as vehicles that they sell, but as part of their fleet and their installed base. They could provide software services over the course of the 15, 20 years that these cars are on the road. So the business model is transformed.

How important is the advent and the adaptation of digital twins for manufacturing, business and society at large?

Do you worry about bad actors getting their hands on all this powerful technology and using it to sow chaos, perpetrate evil and disrupt this utopian vision of the future?

The best way is to democratize the technology in order to enable all society, which is vastly good—and to put great technology in their hands, so that they could use the same technology—and, ideally, superior technology—to stay safe. 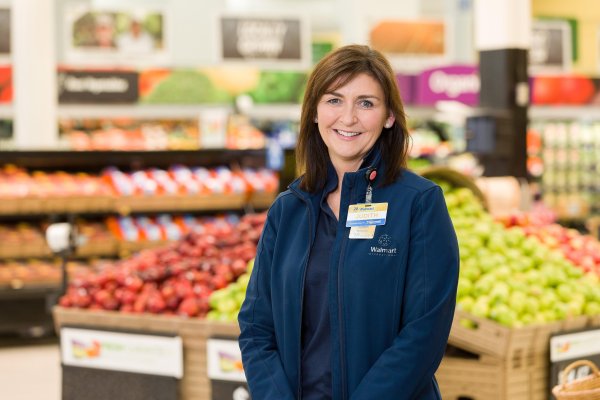