Why the U.S. and China Should Collaborate in Space

While much has been made of the tense March 18 exchange between American and Chinese diplomats in Anchorage, Alaska, one area became an unlikely candidate for cooperation: outer space. During a press conference after the meeting, Jake Sullivan, the U.S. National Security Advisor, pointed out that the Perseverance rover that recently landed on Mars “wasn’t just an American project. It had technology from multiple countries from Europe and other parts of the world.” China’s top diplomat, Yang Jiechi, seized the opportunity to say that, “China would welcome it if there is a will to carry out similar cooperation from the United States with us.”

Planned or not, Yang’s comment gave voice to one very smart way two geopolitical rivals sharing the same planet could work together despite their growing tensions. Space exploration has long been used to foster deep cooperation, even between adversaries. During the height of the Cold War, the U.S. and U.S.S.R. jointly undertook the 1975 Apollo-Soyuz mission, which both served as a means of political rapprochement and opened the possibility of cooperation in other areas. Those links endured. After the Soviet Union collapsed, Russia was invited to partner in the construction of the International Space Station (ISS). It was a multi-layered act that went beyond simple generosity; the more work former Soviet scientists had to do designing and building the ISS, the less likely they’d be to sell their expertise to other countries.

Today, Sino-American space cooperation is similarly desirable. It could improve ties as it did for the U.S. and Russia, de-escalate an emerging Sino-Russian axis in space, and serve as a bargaining chip to help sustain other areas of cooperation. While China and the U.S. seem to clash on virtually every issue, space, by its nature, is different. Orbit isn’t a high-ground that one can seize. Instead, space works like a commons, where for any one state or company to be able to operate safely, all have to act responsibly. We need peaceful cooperation to enjoy its benefits.

One reason not to cooperate in space with a geopolitical rival is technology transfer. There are legitimate concerns that collaboration could lead to technology sharing that unfairly advances China. Indeed, in 2011, the U.S. Congress included a passage, known as the Wolf Amendment, in an appropriations bill, forbidding NASA from cooperating in any way with China for fear of technological theft or espionage. The reasoning was straightforward: The U.S. enjoys significant leadership in some space technologies, including satellites, and much of that technology is proprietary, shared with no other countries. In the area of human spaceflight, however, things are different.

The U.S. has extensively shared the entire ISS program for decades with the fourteen partner nations, including Russia. If there ever were secrets there, they are secrets no more. In fact, Russia and the U.S. as partners saved the day between 2011, after the space shuttles were grounded, and 2021, when the U.S. regained the ability to transport astronauts to space. During that decade, Russia’s Soyuz spacecraft served as the only way to get crews to and from the station. At the same time, uncrewed American resupply ships similarly helped keep the ISS viable when the Russian Soyuz fleet was grounded following mishaps. China has developed and proven a very successful human spaceflight program; adding their launch and spacecraft capability to the partnership would strengthen the overall mission.

In order for China and the U.S. to work together in space, some things would have to change. First, the Wolf Amendment would have to be repealed—nothing meaningful can happen until that goes. Cooperation might then begin in lower profile areas such as sharing remote sensing data and reducing orbital debris. The United States and Europe have led the way with Landsat and Copernicus satellite programs providing free images of Earth that can be used to understand changes to our environment. The Chinese have yet to create a similar data share program for their Earth imaging systems—but they should. The United States and China could also discuss joint efforts to reduce the belt of space junk that circles the planet and threatens everyone’s satellites. Most importantly, cooperation could extend to joint human spaceflight missions; the US could invite China to conduct a crewed visit to the ISS, or to join in the human exploration of the Moon, targeted to happen in this decade and which both nations are now working on separately; the goal would be a joint Moon base rather than a space race.

For decades, space travel has provided an opportunity for humans to see our world differently. Apollo 11 astronaut Michael Collins said, “The thing that really surprised me was that the Earth projected an air of fragility.” Chinese astronauts, since Yang Liwei’s first flight 18 years ago, have surely had a similar experience gazing down at our planet. Cooperating in space can give the United States and China the opportunity to change their thinking together. Bold American leadership can be a leveraged move in reducing tensions, as it was in keeping the Cold War cold—a win for all nations and our shared, blue-green planet.

Will Marshall is CEO of Planet which operates 200 satellites that image the entire Earth landmass on a daily basis, and he formerly worked at NASA on lunar missions and space debris.

Colonel Chris Hadfield was Commander of the International Space Station and flew both the U.S. Space Shuttle and Russian Soyuz vehicles. Prior to that he served as a fighter/test pilot with the U.S. Air Force, U.S. Navy, and Royal Canadian Air Force. He chairs the board of the Open Lunar Foundation, and his new thriller, The Apollo Murders, is available October 12th. 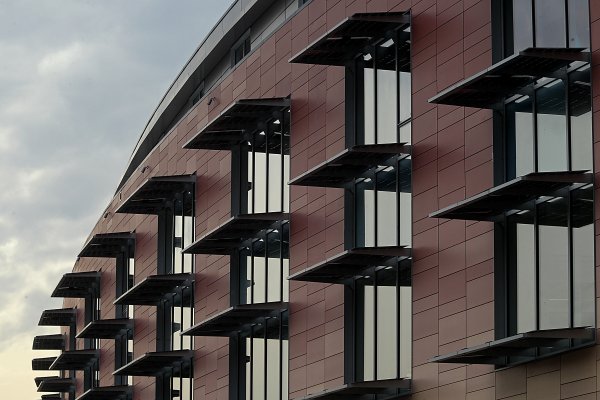