How Joe Biden’s Pessimism on Afghanistan Won the Day

Back in 2009, Joe Biden didn’t get his way when then-President Barack Obama spent much of that year listening to a team packed around the table in a White House conference room, debating the U.S. footprint in Afghanistan. As Vice President, Biden wanted to see Afghans step up and take control of their own security, but was ultimately outflanked by others in both the Situation Room and the backdoor political knife fights about troop levels, counterinsurgency and nation-building.

That changes today, though, as now-President Biden publicly announces plans to zero-out U.S. troops by the 20th anniversary of the Sept. 11 terrorist attacks. The decision reflects Biden’s long and deep pessimism about the prospects for a U.S. victory in Afghanistan, the launching pad for 9/11. It also, for the first time in years, matches the reality about America’s prospects for victory in the war there, however that is defined.

Biden’s move brings to an end America’s longest war, a long-simmering conflict that meant solemn sacrifice for military families and changed so much of day-to-day life for all Americans, even if they don’t immediately realize it. The attacks in New York, D.C. and Pennsylvania led to the creation of the now ubiquitous Department of Homeland Security. The devastations ushered into reality massive changes for how Americans fly, how the government uses powerful surveillance abilities and how Americans treat their neighbors.

Since 9/11, America’s appetite for civil liberties has faded, its commitment to multiculturalism has been tested and its skepticism about outsiders was given a new life. Don’t believe it? Just look at the number of deportations that the new Immigration and Customs Enforcement agency conducted: the number went from 189,000 in 2001 to almost 360,000 in 2019, according to the most recent DHS figures. American administrations can’t make that kind of change if it’s truly unpopular with its people.

Biden’s history with Afghanistan offers some reasons to have expected this day would come. Sure, Biden joined 97 colleagues to give the greenlight to President George W. Bush to use military force to take out Afghanistan’s Taliban government that harbored the al-Qaeda terrorists who took credit for 9/11. In the Senate, Biden was later a big booster of building back Afghanistan with billions of U.S. dollars, a move that never quite got the traction it needed. But as Vice President, Biden grew more queasy about the U.S. odds of prevailing. Shortly before he was sworn in, he visited Iraq, Pakistan and Afghanistan. His verdict upon returning was that Afghanistan was going to be “a very heavy lift.”

But it wasn’t until the 2009 review of the U.S.-led military plans in Afghanistan that Biden’s faith in winning the war broke. Biden is, to this day, a product of the Cold War, and the high of defeating the Soviet Union in the 1990s came to heel on Sept. 11. Gone was the idealism that led him to hammer Bill Clinton’s administration for not leveraging America’s military might sooner in Bosnia’s civil war in the name of humanitarian causes.

It also didn’t help that his son, Army Major Beau Biden, had deployed to Iraq in 2008 for a year. In 2010, Biden exploded to Washington foreign-policy eminence Richard Holbrooke that it was unthinkable to keep U.S. forces engaged simply to protect Afghan citizens. “I am not sending my boy back there to risk his life on behalf of women’s rights!” Biden said, according to George Packer’s new biography of Holbrooke that draws on the subject’s journals. America’s Forever Wars had come home to Wilmington and rocked Biden’s belief in the nation’s military might, as The Washington Post argued last year.

The skepticism came naturally. After Obama sent an additional 22,000 troops to Afghanistan and wanted another look at the policies for Afghanistan and Pakistan — shorthanded as AfPak around the White House — he asked Biden to be the in-house skeptic about everything being offered. Biden privately sought to keep the troop levels where they were, about 68,000 at the time. Biden wanted to shift the goalposts from protecting Afghanistan’s civilians to training Afghan forces to do the job and lead the fight against al-Qaeda. It stood counter to a plan offered from Gen. Stanley McChrystal, who wanted 40,000 more troops. Most of the Cabinet seemed inclined to trust the general.

In December of 2009, Obama announced at West Point that he was sending another 30,000 troops and set a 2011 as a date for their drawdown. It was, to borrow from political scientist Dominic Tierney’s The Right Way to Lose a War, a choice of “ugly stability.”

Biden’s team spun the decision as a compromise, but it was clear he had fought it using every ounce of his political capital. As Hunter Biden writes in his new memoir, his father ended one conversation with then-Secretary of State Hillary Clinton exasperated about Obama’s political guru David Axelrod and his backdoor campaigning for the surge. “Goddammit,” the VP said, according to his son. “Axelrod’s gotten in her ear!” Biden then spent the rest of the week on Nantucket for Thanksgiving firing off handwritten faxes directly to Obama, trying to talk him out of the plan, according to The Washington Post. According to The Atlantic, one of them sprawled 20 pages. And according to Bob Woodward’s reporting, Biden tried to meet privately with Obama one last time before Obama informed his war cabinet of his plans, was rebuffed and still intercepted him on the way to the Situation Room meeting for one last push.

Now, the only one who needs convincing is Biden himself — and he has seen enough. And while the political drama about Biden’s decision at the White House is befitting a Shakespearean play, there is a tragic ripple that goes far beyond 1600 Pennsylvania Ave. There will be no ticker-tape parades in cities or hero’s welcome in small towns. The United States, put simply, didn’t win this war. The last big hot war the country won was World War II, and the Cold War was as much about the failure of the Soviet system as it was about any actions the United States took.

America has gotten used to bringing to an end its costly reactions to global events: Korea, Vietnam, the first and second wars in Iraq and now Afghanistan. As my colleagues Kimberly Dozier and W.J. Hennigan note in their analysis, the final country “remains teetering on a knife’s edge.” And given a pessimistic streak befitting an Irish poet that is embedded in Biden’s psyche, he’s not one to hope that the country catches a break. 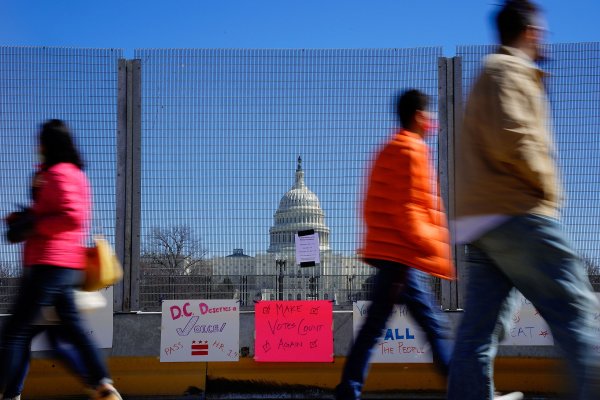