Corporations Struggle to Back Voting Rights and Protect the Bottom Line

People walk past signs hung on a security fence in support of expanded voting rights near the Capitol in Washington, on March 7, 2021.
Erin Scott—Reuters
By Philip Elliott

The task is inherently impossible. If anyone has figured out how to position a corporation as a socially conscious neighbor who still chases profit while keeping useful lawmakers close without appearing to fund their disinformation, there’s money to be made in D.C. right now.

K Street’s corporate clients are juggling a lot right now. They are trying to simultaneously take progressive stances on social issues like voting rights in the wake of Georgia’s new restrictions and look out for their investors’ bottom line. They aren’t too keen on the corporate tax hike under consideration in President Joe Biden’s infrastructure plan. And they’re trying to figure out how to deal with pro-business allies in Congress whose peddling of falsehoods over voter fraud helped fuel the deadly Jan. 6 insurrection at the Capitol.

How to do business in Georgia has become the latest flashpoint for the ongoing discussion in political circles about just what responsibilities corporations have in shaping the public debate.

After Georgians voted for a Democratic presidential ticket for the first time since 1992 in November and elected two Democrats to the Senate in January, Georgia Republicans who control the state legislature passed new restrictions on voting rights. Critics, including Biden, called it “Jim Crow in the Twenty-First Century.” Corporations were loudly against it, but ultimately couldn’t stop the bill from becoming a law.

Over the weekend, more than 100 top business leaders in the country huddled on a Zoom to discuss their own efforts to pressure Georgia to reconsider its moves — and where they might consider leading the opposition to at least 361 copycat bills in 47 states. Google, Netflix and Ford have already joined the corporate lobbying against such efforts. Big Law is organizing its own parallel opposition, already including two-thirds of the top 100 law firms in the country.

So far, the efforts are stopping short of a full boycott. But not everyone is following that model. Major League Baseball responded to the voting changes by yanking the All-Star Game from Atlanta, a move that was going to hit the city with a $100 million thud. An Apple-financed movie from Will Smith titled Emancipation yesterday announced it would relocate production from Georgia, which has some of the nation’s most generous tax breaks for film and TV. In fact, Smith’s project will likely cost an extra $15 million to be filmed in Louisiana, which lacks comparable incentives, Deadline reported. Meanwhile, Mark Hammill tweeted that it’s time for #NoMoreFilmingInGeogia, adding his voice to the growing list that also includes the director of the upcoming fifth Indiana Jones film.

It’s tough to counter the cultural heft of Luke Skywalker and Indiana Jones. But corporate boycotts get tricky pretty quickly, and some Georgians are urging caution. The Rev. Bernice King, an activist and daughter of the late Civil Rights icon, said the real losers are Georgians who are now disenfranchised and out the cash from out-of-state projects. “Please stop the #BoycottGeorgia talk. That would hurt middle class workers and people grappling with poverty. And it would increase the harm of both racism and classism,” she tweeted.

Stacey Abrams, widely credited as the mastermind of Georgia’s recent tilt to Democrats, similarly pumped the brakes. “The Governor of Georgia is reveling in the potential of a boycott because it gives him someone to blame for his own actions,” she told a Glamour panel. “Unlike previous boycotts I’ve worked in the South, the length of time it takes for a big concerted effort to take effect, it can be devastating to an economy, devastating to people.” She and other Georgia Democrats called the White House after Biden voiced support for the MLB’s then-under-consideration plan to move the game from Atlanta to Denver. If Democrats are going to hold the state, they can’t afford to support boycotts that take money out of the pockets of low-wage workers in the service industry whose right to vote just got shakier.

It’s in this delta that companies like, well, Atlanta-based Delta find themselves: trapped in the gap between wanting to do the right thing with their outsized influence, worried about the effects on real people — a.k.a., their employees and customers — and balancing their fiduciary responsibilities to make money. It’s not just the hyper-wealthy who could take the hit on that last point. The median public pension fund has about 46% of its investments in stocks.

Research indicates consumers reward corporations that take stands on social issues. Nike may be the most high-profile example of a brand rewarded for siding with social issues. Few were more out-front in support of the Black Lives Matter movement than the shoemaker. In the last year, its stock price has climbed 63%. That’s not solely based on its political stances, but the blowback for taking a stand didn’t come as companies had feared for decades.

How far are these corporations willing to go when it comes to their actual standing? It’s one thing to shift a project here or there to another state to show your commitment to diversity and inclusion. It’s another to face a board of directors who are legally bound to make money. Ultimately, these corporations are not non-profits, and they’re going to get their money somehow. Will consumers spend extra money to rent a movie to replace the Georgia film subsidy?

These corporations are already facing troubles back here in Washington. Biden’s infrastructure plan relies on moving the corporate tax rate from 21% to 28% — still down from the 35% corporations paid during the Barack Obama years. Corporations have been very vocal in opposing this while wrapping their arms around Democrats’ animating issue in Georgia. But Big Business shouldn’t count on Democrats to reward them for Georgia by protecting their profits.

At the same time, these companies are struggling with what to do with their political contributions. Immediately after the Jan. 6 insurrection at the Capitol, many prominent Washington offices paused donations. Others went a step further and vowed to cut off lawmakers who engaged with President Donald Trump’s incorrect claims that he had actually won a second term and places like Georgia were ripe with voter fraud.

But some of those exact lawmakers — all 147 of them — are perhaps Big Business’ best trick to prevent a tax hike. The foe in your morning meeting is sometimes your ally come afternoon. No one would mistake this political dance as elegant. 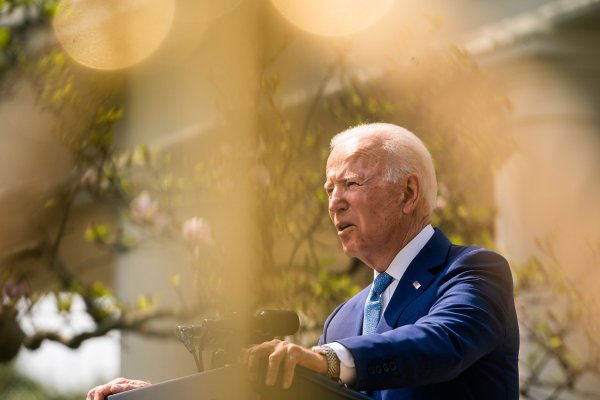