People carry the body of a man, who died due to COVID-19, before burial at a graveyard in New Delhi, India, on April 7, 2021.
Danish Siddiqui—Reuters
By Billy Perrigo

India became the country with the world’s second highest number of confirmed COVID-19 cases on Monday, surpassing Brazil, and now second only to the United States. But experts say that low testing in the country suggests the real total is far higher than both.

India now has 13.5 million confirmed cases, compared to the U.S.’s 31.1 million. The country is currently in the midst of a second wave of the virus, with confirmed daily infections reaching an all-time high of 168,912 on Monday.

But the official numbers only tell part of the story, according to multiple studies. “From what has been reported, I think India definitely has the most infections in the world,” says Ramanan Laxminarayan, director of the Washington, D.C.-based Center for Disease Dynamics, Economics and Policy.

The reason is that even now, testing is only detecting a fraction of the cases that actually exist in India’s massive population of 1.3 billion people. A serological survey conducted in between August and September 2020, which measured the presence of the virus in a sample group of the Indian population, estimated that there were between 26 and 32 infections for every reported case of the virus.

“For every 30 infections, you’re pretty much only picking up one as a case,” says Laxminarayan, who says a similar disparity likely still exists now, even though India’s testing capacity is higher than last year, because of the signs pointing to the fact that the virus is running rampant in the population. “I would still apply the 30-fold undercount even now,” he says.

If accurate, that math would put the real number of COVID-19 infections to date in India somewhere around 400 million — more than the entire population of the United States. “400 million infections in a country the size of India still means that a billion people are not infected,” Laxminarayan says. “So there’s still plenty of room for infection, even with a lot of people [already] being infected.”

At the start of the pandemic, health experts had predicted that India, with a population more than four times the size of the U.S., would quickly become the world’s worst-hit country—especially given that China, the only country in the world with a larger population, mounted an effective campaign to suppress the virus. But bad outbreaks in the U.S. and Brazil meant India never officially reached that point.

India’s first wave of COVID-19 infections peaked in September, then began a steady decline. New infections began to tick up again in March, and every day since April 7 the country has recorded more new cases than at the height of its first wave last year. India has also begun a vaccination drive, announcing on Sunday that more than 100 million doses have been administered, mostly to over-60s and frontline workers.

Monday’s milestone came as thousands of Hindu devotees, many of them maskless, gathered at the city of Haridwar on the banks of the River Ganges to mark the Maha Kumbh Mela festival. Health experts had called for the festival, one of the largest religious gatherings in the world, to be canceled. But authorities said the pilgrimage would go ahead for those able to produce negative COVID-19 tests.

Photographs from Monday showed large crowds gathering to bathe in the Ganges, with police powerless to enforce social distancing measures. “We are continuously appealing to people to follow COVID-19 appropriate behavior. But due to the huge crowd, it is practically not possible,” said a police officer in Haridwar, according to Al Jazeera.

On Tuesday Yogi Adityanath, a leading Hindu nationalist politician and the chief minister of India’s most populous state, Uttar Pradesh, announced he had tested positive for the virus.

The number of confirmed COVID-19 deaths in India stands at just over 170,000, the fourth-highest in the world, behind the U.S., Brazil and Mexico. But those numbers too might not tell the whole story. Even before the pandemic, as few as 21% of deaths in India were recorded by a medical professional along with a cause of death, according to the World Health Organization. “If you’re undercounting cases by a factor of 30, is it possible that we’re undercounting deaths as well?” says Laxminarayan. “Of course. For 80% of deaths, we have no medically identified cause of death at any given time.”

As a percentage of the total number of cases, the official death numbers put India’s case fatality rate at around 1.25%, lower than the United States (1.8%), Brazil (2.6%) and others. The Indian government has focused on these numbers in public pronouncements as evidence of success in tackling the virus. Just as the country’s second wave began to take off in March, a report by India’s health ministry cast the situation in positive terms. “Today we have least number of COVID-19 cases, highest recovery rate, least number of deaths due to COVID-19 and now moving towards a Greater Win by developing Vaccines against the dreaded disease,” it said.

Part of the reason for India’s low death rate is its young population, more than half of whom are under the age of 25. Younger people are less likely to suffer severe reactions to COVID-19, or to die from the disease.

Experts worry that the Indian government has used statistics pointing to high recovery rates from the virus to paint a picture of Indians as a whole being more immune to COVID-19. But calculations by the Center for Disease Dynamics, Economics & Policy show that Indians between the ages of 30 and 70 are in fact more likely to die from the disease than people of similar ages in China, the U.S., and Brazil. “It is a myth that Indians have a lower fatality rate,” says Laxminarayan. “That is simply not true. It is not borne out by the data.”

The result, Laxminarayan fears, is that the Indian population has been encouraged to be complacent. “The declarations of victory were not really helpful in terms of getting people to continue to take the virus seriously,” he says. “And that’s largely responsible for the attitudes that have brought the virus back.” 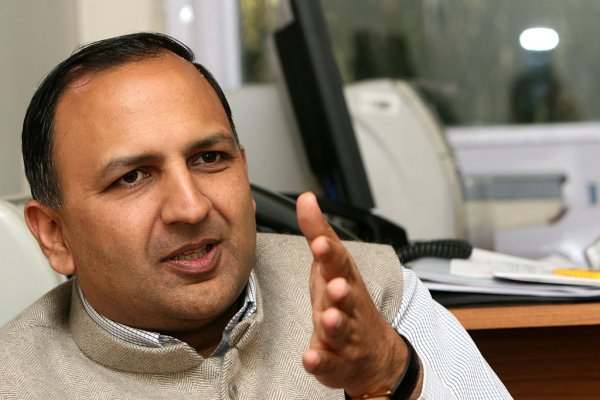