Subway: That Yoga Mat Chemical Is Almost Out Of Our Bread

Subway said Friday that its sandwich shops will stop using bread that contains a chemical found in yoga mats by next week, following a rash of bad publicity earlier this year.

The company, the single largest chain restaurant in the world with 40,000 locations worldwide, had signaled in February that it would stop using the bread, after a food blogger launched an “eat fresh—not yoga mats” campaign—playing on Subway’s company motto. Chief marketing officer Tony Pace told the Associated Press the company would be done phasing out the bread in a week.

The FDA-approved ingredient, azodicarbonamide, is banned in the European Union and Australia due to health concerns.

Subway says that the ingredient is helpful in making dough more stable, and is safe, common and acceptable, but that it began removing the ingredient last year. It’s known as a “chemical foaming agent” for plastics and is found in over 130 other brands besides Subway, including Jimmy Dean, Ball Park, Pillsbury Wonder and supermarket breads, according to the Environmental Working Group. 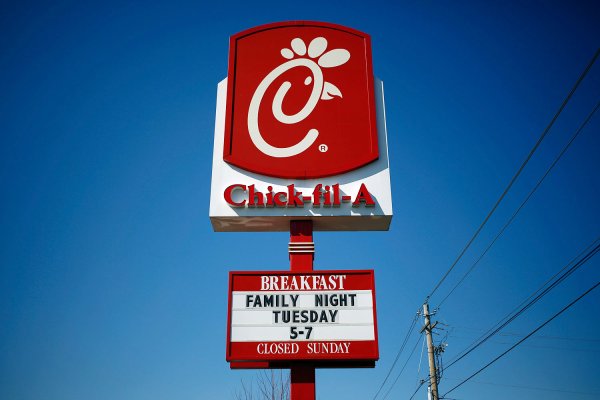 Chick-fil-A Looks to Lower Heat on Gay Marriage
Next Up: Editor's Pick