HBO’s Exterminate All the Brutes Is a Radical Masterpiece About White Supremacy, Violence and the History of the West

“The very existence of this film is a miracle,” says its creator, Raoul Peck, in the final episode of Exterminate All the Brutes—and that might be an understatement. A four-part experimental documentary that takes on the unwieldy, bitterly contentious subject of white supremacy since the so-called Age of Discovery, Brutes is unorthodox in both content and style. Drawing heavily on the work of leftist academics, the series also incorporates scripted passages and animations that serve as guided meditations on human suffering more than as visual aids. It may well be the most politically radical and intellectually challenging work of nonfiction ever made for television.

Best known in the U.S. for I Am Not Your Negro, his Oscar-nominated 2016 film that paired the words of James Baldwin with a collage of images of the racist culture that Baldwin was critiquing, Peck has been making difficult films about cataclysm and revolution for almost four decades. While he has frequently focused on his home country of Haiti and the Democratic Republic of the Congo, where he spent much of his childhood, he’s lived all over the world, and his films have dramatized everything from the youthful adventures of an anticapitalist icon (The Young Karl Marx) to the Rwandan genocide (Sometimes in April). The unifying factor is not just an obsession with injustice—racial, economic, imperial—but also the history of resistance to it.

That makes Brutes the culmination of the 67-year-old filmmaker’s lifelong work. And it is indeed a magnum opus. Bankrolled by HBO (where it premieres on April 7) after the success of the Baldwin feature, the series is Peck’s attempt to unearth what he has called an “origin story” for white supremacy. It takes its title from Swedish historian Sven Lindqvist’s ruminative 1992 book about his travels through postcolonial Africa, which in turn wrestles with the source of the quote “exterminate all the brutes”: Joseph Conrad’s immortal novella Heart of Darkness. Peck also draws heavily on historian and activist Roxanne Dunbar-Ortiz’s An Indigenous People’s History of the United States and Haitian anthropologist Michel-Rolph Trouillot’s Silencing the Past: The Power and Production of History. In each episode, he credits himself as having made the series “together with” all three scholars, even though Trouillot died in 2012 and Lindqvist in 2019.

This might sound like the recipe for something dry and detached. But there is a core of human warmth to the series—not least in the way Peck, who acts as a first-person narrator, describes his relationships with the writers who influenced it. Lindqvist was “definitely not a white savior,” he reflects. “Sven saw my world and lived in it, as I did his.” Perhaps because of the diversity of his influences, as well as his own international background, Peck has little use for the pieties, buzzwords or individual villains of siloed social justice debates. Worn-out terms like problematic and cancel culture feel inadequate to the topics at hand. And so Brutes makes identity-based movements with no grounding in hundreds of years of global history look a bit provincial. Its point is not to rail against the Donald Trumps, or even the Adolf Hitlers, so much as it is to render visible the architecture of oppression that makes the rise of demagogues inevitable.

While the series concentrates most on the U.S. and its original sins—the long, slow genocide of Indigenous peoples as well as chattel slavery—it is really a non-chronological, revisionist history of the West since the Crusades. Peck layers his narration over collages of archival materials, infographics and, hauntingly in this context, clips from movies, like the Conrad-inspired Apocalypse Now and John Wayne’s The Alamo, that mythologize shameful moments in our history. The aim is to make viewers aware of the prejudices we’ve passively absorbed through pop culture, in order to challenge those assumptions with jarring counter-narratives rooted in contemporary scholarship. (Similarly, the effect of relating monstrous details from the lives of Thomas Jefferson or The Wizard of Oz author L. Frank Baum isn’t to tarnish their legacies; it is to illustrate how many of the same people whose work is a source of pride for our society also helped to normalize brutality within it.) In an episode that examines how the West established dominance via “killing at a distance,” Peck describes how “the backward and poorly resourced Europe of the 16th century would acquire a monopoly on ocean-traveling ships with guns capable of spreading death and destruction across huge distances.”

Peck has an eye for details and perspectives that make legible the ways in which education and, to an even greater extent, pop culture have narrowed our thinking about dark moments in history. Brutes challenges the received wisdom that colonialism was a uniquely European form of white-supremacist violence. Doesn’t the term accurately describe the violent westward march through Indigenous territory that citizens of the 13 original U.S. states undertook after securing independence from England—even if the euphemism manifest destiny made it into textbooks instead? “Why wasn’t it ever called a war crime?” he demands of the American bombs that incinerated Hiroshima and Nagasaki. And he argues that it was centuries of colonial genocide that allowed Hitler to upgrade his ambitions to a Holocaust on European soil.

The visuals are as arresting as the words. Long tracking shots register, like no other moving image I’ve ever seen, the sheer size—and thus the industrial-strength deliberateness—of Auschwitz. In several narrative sequences that range from mesmerizing to frustratingly opaque, Josh Hartnett (yes, from Penny Dreadful and Pearl Harbor) plays a sort of eternally recurring specter of Western violence. Peck uses the scripted material in a somewhat confusing array of different ways; Hartnett shows up to slaughter the Other from Africa to the New World, but also as an alternate-reality Christopher Columbus who has barely set foot on what is now Haiti, in 1492, when he and his men are murdered by the Taíno people who already live there. More consistently potent is a series of wordless, watercolor-style animations that translate individual human suffering into poetic terms: Africans forced onto slave ships, Indigenous Americans on the Trail of Tears.

Many of these stories, as well as some of the revisionist readings of history drawn from the works that influenced Brutes, have already seeped into mainstream culture via popular texts, from James Loewen’s Lies My Teacher Told Me to The New York Times’ 1619 Project and, most recently, Isabel Wilkerson’s Caste. Peck’s great contribution is to synthesize them in a way that may only be possible for an artist whose point of view was not shaped by Eurocentrism or American exceptionalism. He isn’t too reverent of organized religion to include, among the series’ many relevant personal anecdotes, how he became an atheist as a child after enduring corporal punishment from a clergyman. Unlike Discovery’s uneven 2019 docuseries Why We Hate, which barely analyzed the roles money and power have played in conflicts around the globe, Brutes has no problem critiquing capitalist values. (That may make it less palatable to some audiences, but one hopes that the many Americans whose views fall to the right of Peck’s will concede that his radical arguments deserve some rare shelf space in the marketplace of ideas.)

Though he is unsparing in his accounts of colonial violence, Peck’s endgame is not to make white viewers wallow in lonely self-hatred; it’s to encourage change. Citing Rwanda, he argues that the conditions that enabled the Holocaust were not unique, and that humanity will keep committing atrocities until we take a stark look at our history and choose not to repeat it. No wonder Peck feels an affinity for Baldwin, who framed white America’s repressed guilt over centuries of cruelty to Black America as the root of both groups’ misery. “To accept one’s past—one’s history—is not the same thing as drowning in it,” he wrote, “it is learning how to use it.” To that end, Exterminate All the Brutes makes an electrifying instruction manual. 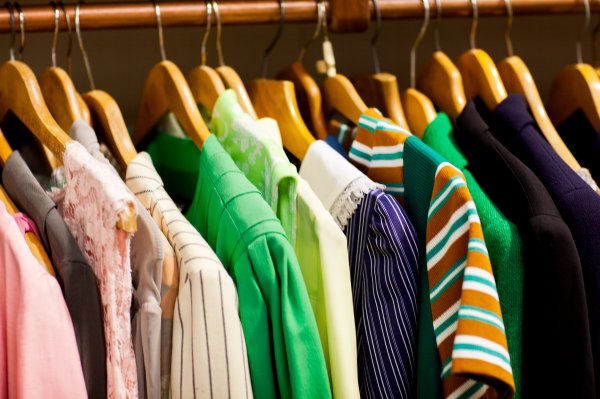 Spent the Last Year in Sweatpants? The Creator Behind a New Netflix Show Has Some Ideas About Where Our Clothes Go From Here
Next Up: Editor's Pick