The shadow of a Louisville Police officers arresting a demonstrator is seen on a wall on September 23, 2020 in Louisville, Kentucky. A Kentucky grand jury indicted one police officer involved in the shooting of Breonna Taylor with three counts of wanton endangerment.
Michael M. Santiago—Getty Images
Ideas
By David Alan Sklansky
David Alan Sklansky is a law professor at Stanford, a former federal prosecutor, and the author of “A Pattern of Violence: How the Law Classifies Crimes and What It Means for Justice” (Belknap Press, 2021).

The recent, horrific mass shootings in Atlanta and Boulder came in the wake of nationwide spikes in the rates of homicides and domestic assaults, trends that had already prompted calls in many states for renewed law enforcement efforts on “violent crime.” Maryland legislators, for example, have proposed clamping down on parole for “violent offenders.” Local officials in California, Illinois, Indiana, Mississippi, and Oklahoma have pushed for new measures against violent crime. And officials in New York and Philadelphia have faced criticism for not doing enough about the problem.

In responding to these calls to action, we need to take care to avoid past mistakes—in particular, the false belief that “violent crime” is a clear and neutral category for identifying the worst offenses and the most dangerous offenders. It isn’t.

But that belief is almost universal. Throughout the COVID-19 pandemic, for example, many government officials—Democrats and Republicans—have opposed releasing “violent” offenders from prisons and jails, even as the death toll from the virus in carceral institutions has nearly surpassed 2,500. The definition of a violent crime turns out to be highly arbitrary, though. Burglaries are treated as violent, for example, even if no one is hurt or threatened, but most assaults don’t qualify, because they are treated as misdemeanors rather than felonies. Any physical attack on someone counts as an assault, but assaults are felonies only when they involve “deadly” weapons or “serious” injury—dividing lines that are themselves highly subjective.

The blurry line between violent and nonviolent crimes has been an open invitation to racial bias by law enforcement and the criminal justice system. Legislators and the public are more likely to treat crimes as “violent” when they are carried out by people of color, especially young Black men. That is one reason why people of color are less than 40 percent of the American population but nearly 70 percent of the people behind bars. Carrying a gun, for example, is more likely to be understood as violent when Black Americans do it.

No other major country in the world locks up as large a share of its population as we do. About half of the people behind bars in the United States are serving sentences for “violent” offenses, and for that reason are often ineligible, formally or as a matter of practice, for parole or other forms of early release. This number has been rising steadily since the 1980s and 1990s, and much of it is the legacy of “Three Strikes” and other mandatory sentencing laws passed in those years, nearly all of which targeted repeat “violent” offenders.

The problem isn’t just that we are too tough on violent crime. The more fundamental problem is that we think we know what we are talking about when we talk about “violent crime,” when we really don’t, and that we think the category of “violent crime” can neatly distinguish the worst and most dangerous offenders, when the world is more complicated than that. Some kinds of violence—mass shootings and hate crimes, for example—are especially awful. And some of the worst kinds of violence often can emerge from nonviolent behavior, like racial taunting, sexual stalking, or coercive control within intimate relationships.

The idea of violent crimes as a separate universe, categorically more dangerous and blameworthy than other offenses, dates back little more than half a century. Before 1960, lawyers and legislators sometimes created special rules for “infamous” crimes, or crimes of “moral turpitude,” but those categories were never defined by the presence or absence of physical force.

Even today, a sharp distinction between violent and nonviolent misconduct still isn’t drawn in some areas of the law—most notably, police misconduct. If criminal law generally has made too much of violence in recent decades, the rules governing the police have made too little. The insignificance of violence in the network of rules that govern law enforcement is a part of the reason the problem of police killings was scandalously neglected, even by many police reformers, until relatively recently, when the Black Lives Matter movement forced the nation to pay attention.

There are two terrible costs to the law’s oversimplification of violence. The first is that we wind up demonizing a category of people who are defined to a large extent arbitrarily and, inevitably, to a large extent by race. The second cost, equally damaging, is that wind up ignoring violence that doesn’t fit our preconceptions.

Police violence is example of that: often it isn’t even called “violence,” but instead “use of force” or “response to resistance.” Similarly, violence between intimate partners is often overlooked or excused until it escalates fatally, because until then the perpetrators seem too “normal.” They don’t match our image of a violent criminal. Prison assaults, too, often are excluded from discussions of violent crime; here the problem is that the victim doesn’t fit what we have in mind when we talk about illegal violence. Physical bullying among children and adolescents gets written out of the category of violent crime as well, and so do assaults on children by parents, caregivers, and educators, when they fall within the category of “physical discipline.” In many states, assaults by parents on their children are lawful unless there is a danger of grave physical injury or death.

The great dilemma of criminal law is the tension between understanding and judgment: between the sense of “there but for the grace of God go I,” and the equally strong intuition that people are moral agents and should be held to account. It is tempting to duck the problem by dividing defendants into two groups: those meriting sympathy and those who are beyond the pale. But people are more complicated than that. The distinction between violent and nonviolent crime, like any other sharp divide, can’t solve the fundamental challenges of criminal law. It just restates them—and, too often, disguises them. 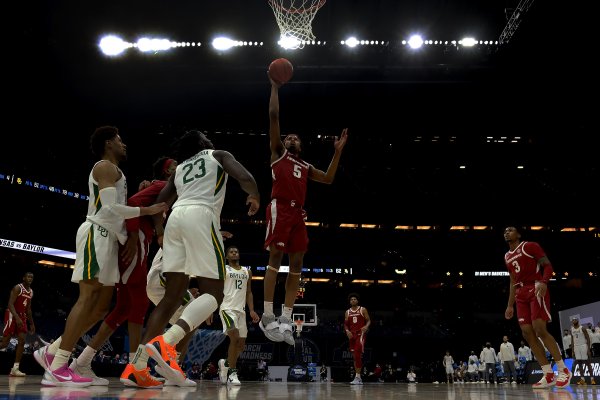