Jessica Walter would love to know that she remained a meme sensation even after she passed—it goes to show what a powerhouse she really was, that she could connect to younger generations late in her career. An award-winning actress who starred in Clint Eastwood’s directorial debut Play Misty For Me and voiced spy chief Malory Archer in the cult-classic animated sitcom Archer among other roles, Walter, who died on March 24 at 80, was perhaps most beloved for her role as perennially-tipsy matriarch Lucille Bluth in Arrested Development.

The writing on Arrested Development was top notch, but her delivery was incredible. Even now, with my family and friends, I quote her one liners: “I don’t understand the question and I won’t respond to it,” is an all-time favorite. They’re all hilarious. Jessica was the core of the show. As with any dysfunctional family, after all, the behavior patterns usually stem from the mother.

I started filming Arrested Development when I was 14. When you work with someone as a child actor, you don’t really think too much of it; as a kid, Jessica just seemed like a nice lady. But it soon dawned on me that she was a powerhouse. I remember my mom telling me—”oh my god, Jessica Walter is playing your grandmother.”

And when I returned for later seasons, I always wanted to prove I was an adult. Even though I’d done lots of indie movies and was working on my own show, Search Party, I still felt slightly intimidated. But Jessica was like that grandma who’s always hyping you up. “You all know what Alia has been up to, right?” she’d say in the hair and makeup trailer, and loudly — you could hear her voice a mile away. “She’s starring in her own show, she’s brilliant.” She just always made a point to say something about it. And with Michael [Cera] too, she went to went to all of his plays.

I was just reading this quote from a magazine article that she did, actually, [in which] she said she was up for a role in a John Wayne movie when she was younger. She said something like, “But you know, all the women in John Wayne movies would just hold the horse… and they said to me, we just don’t see Jessica holding a horse.” That was Jessica. She was an actor’s actor. She created a full character every time. And she was precise and deliberate—not in a stagnant way. There was a lot of work that was put into making it all look so effortless; she brought an intentionality to every choice on-screen, including the little details like when she would pick up and put down her glass.

I hope I get to work on a project so groundbreaking later in life, let alone become its strongest selling point. If I could really give it my all at that stage in the game, then I would know that I’m doing it right.

A version of this remembrance, which has been edited and condensed for clarity, appears in the April 12, 2021 issue of TIME. 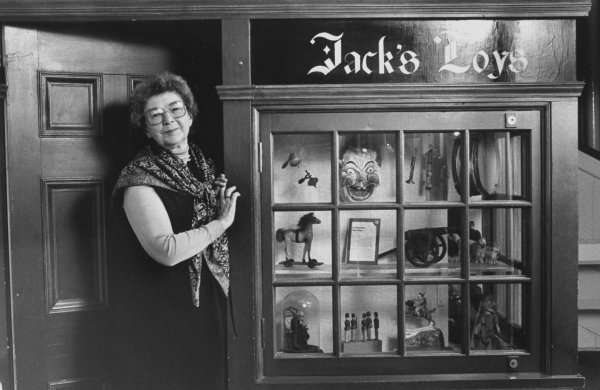