Microsoft finally killed off support for Windows XP this week, but the company decided to wax nostalgic about one of the most memorable parts of the operating system—that serene, hilly landscape that serves as the default XP desktop background.

In a video released on the day the tech company officially ended support for the 13-year-old software, Microsoft interviewed the man who took the photograph, called “Bliss.” Charles O’Rear, a former National Geographic photographer, said he was driving through Napa Valley, just north of San Francisco, when he decided to stop and snap a photo of the idyllic countryside (on an old-school film camera, no less) in 1996. A few years later, Microsoft commissioned the photo for Windows XP. It was a stark departure from the typical abstract designs or monochrome color schemes that are typically used on desktop backgrounds. O’Rear said the company flew him to their offices to deliver the photo personally. “I had no idea where it was going to go,” ‘O’Rear said in the video.

The image went quite far. It was featured heavily in the initial promotional campaign for Windows XP and of course later ended up being seen on millions of computers around the world. Microsoft claims the image has been seen by more than a billion people, and O’Rear says he’s seen it pop up in videos of the White House and the Russian government. “Anybody now from age 15 to the rest of their life will remember this photograph.” he said. “I’m thrilled to know that people have had pleasure from looking at that, from looking that a photograph that I made.” 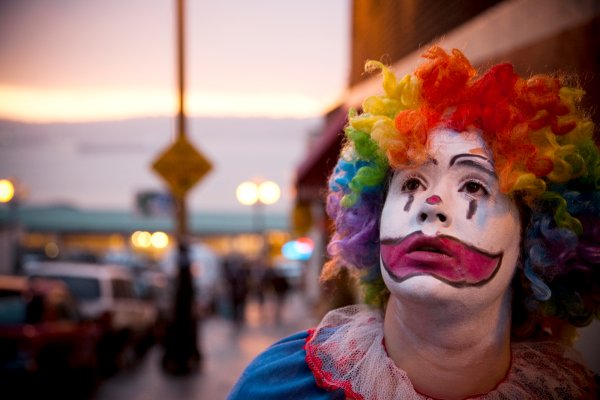 World's Most Depressing Job Makes Just $2,500 a Year
Next Up: Editor's Pick