Think the System Is Broken? You’re Not Alone

Clouds form above the U.S. Capitol in between rain showers on the National Mall on March 28, 2021.
Al Drago—Getty Images
By Philip Elliott

Grievance is one of the most potent weapons in any political system. It nursed the Lost Cause theology that rationalized the Confederacy in the American South, continuing to this day for many. It had a corollary in post-World War II Germany as the occupying Allies tried, briefly, to pursue re-education programs. A fallen empire still haunts the United Kingdom. And few know how to throw a revolution better than the French.

New numbers out today from the Pew Research Center suggest grievance is still alive and well in those countries. The four-nation survey, conducted in November and December, shows the appetite for wholesale change is higher than previously suspected. Two-thirds of adults in the U.S. and France believe the political system needs overhauled, if not overthrown. Half of those in the U.K. think the same. Germany is less unstable, but calls for reform still ring true with roughly four in 10.

So what’s behind this distrust in democratic systems that, by and large, have led to national prosperity? The stench of corruption that hangs over them. In the U.S., two-thirds of adults think the statement “most politicians are corrupt” is true. About half of French and U.K. respondents say the same. Meanwhile, voters don’t think politicians care about the opinions of “ordinary people” in the U.S., U.K. and France about half of the time. The number falls to about a third in Germany, according to the data.

Years of suspicion — and, in some cases, evidence — have piled up, eroding trust in the system of government and undercutting the legitimacy of the democratic experiments. The numbers run highest among young people, meaning this sentiment is going to be with us a long while. In combination with the fact that these four countries face some rough terrain ahead, the lack of confidence in leaders and systems spells some pretty tricky politics for the folks looking to rise.

It’s an environment that incentivizes bad behavior among politicians. Populism has seen footholds in all four countries. Playing to the brewing rage may be smart access to frustrated voters’ power, but it’s tough to turn off once you get in the door. Just ask former President Donald Trump or current Prime Minister Boris Johnson. For leaders who try to stay above the fray, it’s equally tough to keep at bay, as President Emmanuel Macron has found. Germany’s Angela Merkel is on her way out the door, and it’s anyone’s guess what comes next in the zeitgeist there.

There are some reasons to be encouraged. When Pew asked these same questions in 2017, 20% of French respondents said they thought the government was doing the right thing. Now, the number is at 55%. It’s a similar, though less pronounced picture, in Germany and France.

The U.S., though, is a more complicated picture. The poll was taken in November and December, as then-President Trump was fighting his loss and Joe Biden, as President-elect, was stuck in an odd Trump-made fantasy limbo. Faith that the government would do the right thing has risen slightly overall among American respondents since 2017, but for the corresponding increase among Democrats in November and December, there was a matching fall among Republicans. Fewer than half of all Americans say democracy is working. And the data was collected before a mob tried to overthrow the elections when it stormed the Capitol on Jan. 6.

It’s easy for voters — especially Americans — to loathe the system but still harbor an affinity for their own piece of it. It takes very little imagination for constituents in The Bronx to say the whole of Washington smells like a garbage ferry, but to love their Congresswoman, Rep. Alexandria Ocasio-Cortez. Polls have shown voters for decades have harbored antipathy toward Congress as a body, but support their own representative.

But the system needs wide buy-in to work. Otherwise, the legitimacy falters. This country has had robust debates for centuries now about the validity of a strong federal system or sending the power back to the states. But when so many Americans say the system needs to change, is corrupt and ignores the rank-and-file voters, it’s a signal that the conversation is happening in a way that isn’t inspiring confidence. Grievances, after all, can last generations. 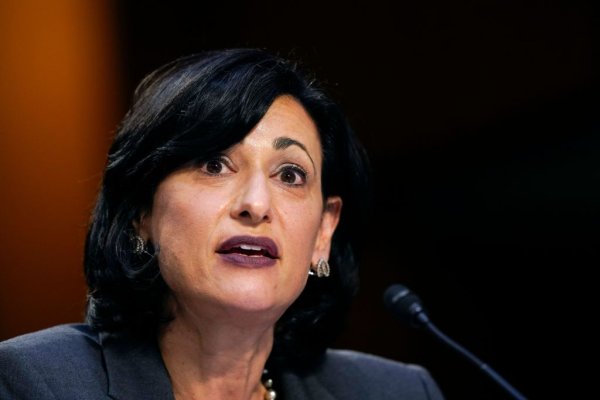 In a Break with Washington's Usual Posture, the CDC Director Makes an Emotional Plea
Next Up: Editor's Pick