From ‘Scientist’ to ‘Spam,’ the Surprisingly Playful Origins of English Words

The history of words like 'blog' is humorous and comic
Getty Images: Nora Sahinun
Ideas
By Ralph Keyes
Keyes is the author of seventeen books, including The Post-Truth Era, cited by Oxford Dictionaries as a primary source for their 2016 "Word of the Year." His latest book, The Hidden History of Coined Words” was published in March by Oxford University Press. He lives in Portland, Oregon with his wife Muriel.

During an 1833 meeting of the British Association for the Advancement of Science, a spirited discussion took place about what to call those who toiled in different branches of their profession. In keeping with the evening’s lively spirit, William Whewell suggested scientist. To make sure his colleagues realized this suggestion was facetious, the Cambridge University professor noted its similarity not only to artist but to atheist, and sciolist (an ill-informed person who pretends to be knowledgeable). “The suggestion was obviously frivolous,” notes science historian Sydney Ross, “and could not have been considered seriously for a moment.” Some six decades later, the eminent biologist Thomas Huxley was still grousing that “to anyone who respects the English language, I think ‘Scientist’ must be about as pleasing a word as ‘Electrocution.’” Everyday users liked it just fine, however, and still do.

Like scientist, any number of useful words and phrases began as little more than quips, wisecracks, and throwaway lines. When Andy Warhol reportedly observed over a half-century ago that eventually “everyone will be famous for fifteen minutes,” I doubt that he thought his fey prediction would inspire an unusually useful and durable expression. By now the key words of Warhol’s whimsical remark are so familiar that “fifteen minutes” alone can refer to a fleeting period in the public eye.

Whimsy promotes language refreshment and always has. Linguist Allen Walker Read considered “the play spirit” an integral part of word creation. That spirit, the Columbia University professor suggested, “may even have been the prime mover in the development of language itself.” It certainly was a primary resource for of the American branch of English. U.S. residents have historically displayed “an innocent joy in word-making for its own sake,” H.L. Mencken wrote in The American Language. Hoosegow may not have improved on jail, Mencken pointed out, but was much more fun to say. Flimflam felt better in the mouth than swindle, and rubberneck was a more agreeable verb than crane. After years of dogged research Walker Read determined that one of our favorite words—OK—began life as an inside joke among early nineteenth century journalists, an abbreviation of the spoofy misspelling “oll korrect.”

Bunk is another term born whimsically, during the Sixteenth Congress (1819–21). There, Representative Felix Walker of Buncombe County, North Carolina, liked to say that he was “only talking for Buncombe.” Walker’s earnest assertion amused his colleagues, who began to use it themselves. “Talking for Buncombe” soon became a popular catchphrase, before morphing into “talking Bunkum.”

Over time, Bunkum was shortened to bunk. As a synonym for “nonsense,” bunk proved to be just the sort of satisfying, blunt word users crave. It gained notoriety in 1916 when Henry Ford dismissed history as “more or less bunk.” Seven years after that an American author named William Woodward published a farcical takedown of American business practices called Bunk. Bunk, one character said sarcastically, was “the most colossal, constructive power in the world. . . . mankind needs its bunk and thrives on it.” To challenge bunk’s power, the protagonist of Woodward’s novel determined to “take the bunk out of things.” He became a professional de-bunker. Despite, or because of its farcical origin, debunk has taken the place of more sober synonyms such as discredit or expose.

Amusing candidates have an edge when it comes to neologizing. This is well known to children’s authors such as Lewis Carroll and Dr. Seuss. One reason such authors have contributed so many words to the adult lexicon (e.g., snark, nerd, grinch) is because they tend to have a keen awareness of the fun-hunger that characterizes readers of all ages. In Seuss’s book The Tooth Book, Pam the Clam says she craves “Pizza! Popcorn! spam!” Spam—the winner of a Hormel word-naming competition in 1936—owes its popularity in no small part to the fact that it’s such an ear-pleasing word, one Monty Python’s Flying Circus featured in a memorable skit involving a group of Vikings who sit in a café chanting “Spam, Spam, Spam, Spam, lovely Spam, lovely Spam,” making it impossible for anyone else to talk. That inspired the use of Spam as the go-to term for online junk mail, initially by a programmer named Joel Furr in the early 1990s.

Whimsical word coinage is more prevalent than ever in a world where our lexicon is being continually fertilized by the playful spirit of those who play games of hallway Ping-Pong and lounge on beanbag chairs in our cyber-vineyards. The digital crowd’s vocabulary brims with whimsical coinages, many of which have migrated to the broader national conversation. Software began decades ago as an unserious programmers’ antonym of “hardware.” Bluetooth was a jokey name for a wireless system being developed in 1997 (adopting the moniker of a tenth-century Scandinavian king with a tooth so decayed it looked blue). Two years after that Peter Merholz proposed blog as a contraction of web log, explaining that this was a fanciful term for the “information upchucking” engaged in by web loggers like himself, one “roughly onomatopoeic of vomiting.”

Merholz was being facetious, of course, not seeking a ticket of admission into the Oxford English Dictionary. It ended up there nonetheless, along with many other terms that began as cyber slang, including crowdsourcing. To mock the penchant for portmanteaus in the Silicon Valley (shareware, vaporware, clickbait, etc.) onetime Wired writer Jeff Howe had introduced this name for online consultation among large groups. As Howe later confirmed in an email to me, “Crowdsourcing, as a neologism, is at least in part a joke. ‘Spoofy’ is about right.” In all seriousness, however, this term became one of the most successful coinages of modern times. In 2009 Howe himself published a book called Crowdsourcing.

Howe is just one of a long line of whimsical word coiners who have discovered that terms meant to be fanciful routinely change flavor on their way into the national conversation. One reason so many of them catch on in all seriousness is because they are just the type of term end users covet. We love vivid, earthy words, propriety be damned. Earnestly coined terms, by contrast can be too staid, too erudite, too intent on making the coiner look smart. Users just want to have fun. 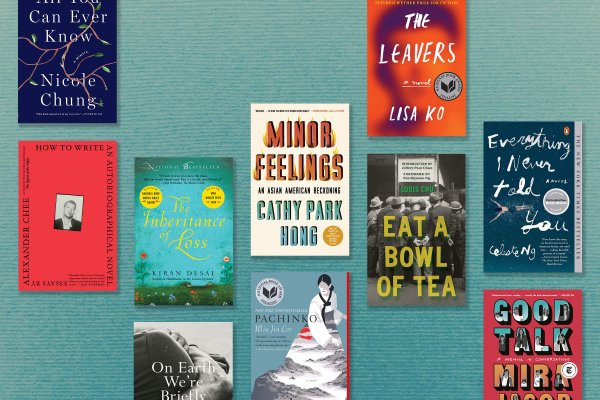 A Reading List to Celebrate Asian Authors
Next Up: Editor's Pick