A Democrat Is Challenging the Election Result in Her District. Republicans Are Seizing the Moment

One absentee ballot was not counted because its secrecy envelope arrived already sealed, and so the voter had to open it and seal it back up with tape. Two ballots were excluded from the initial canvass because a machine wouldn’t let the voters cast them through curbside voting. Another was rejected because the voter signed in the blank space above the signature line, instead of on the line itself.

These are just a few of the 22 votes in southeast Iowa that Rita Hart, the Democratic candidate in the state’s second congressional district in the 2020 election, says should have been counted in the race’s final tally — and would have made her the winner by nine votes. Her challenge to the results comes after the state board certified Republican lawmaker Mariannette Miller-Meeks as the winner by just six votes on Nov. 30. It was the closest congressional race in the country last year, and one of the closest in all of American history.

Now the tight contest from a part of Iowa that is normally a safely Democrat seat has set off a fresh round of partisan fighting on Capitol Hill. In December, Hart requested the House of Representatives review the election and overturn the certified results, and Committee on House Administration — a nine-person and majority Democrat body — agreed to review the case this month. The decision is drawing ire from Republicans who accuse Democrats of hypocrisy after railing against Donald Trump for attempting to overturn the presidential election, and of trying to pad their narrow House majority.

The case creates a political dilemma for Democrats, who led the charge on impeaching Trump for inciting violence based on his false claims that the 2020 election was rigged. While there’s a difference between Hart bringing forward specific evidence and the former President’s broad and baseless allegations of widespread fraud, any action that echoes the former president’s attempts to overturn the voters’ will comes with political risk for the Democratic party.

“[Democrats are] on the weakest, thinnest footing they could possibly be on in terms of their own messaging. They’re going to have to basically swallow an entire mouthful of hypocrisy if they actually go through with this and overturn this election,” says longtime GOP strategist David Kochel. “It might gain them one seat in the short term, but it’s going to cost them dearly in the long term on the political side.”

Republicans are leaning into that messaging. Senate Minority Leader Mitch McConnell, Iowa Senator Joni Ernst, Iowa Senator Chuck Grassley, and Arkansas Senator Tom Cotton signed a letter this week to corporations that withheld support from Republicans who supported Trump’s efforts to overturn the presidential election, asking whether they would hold Democrats to the same standard here.

Last week, nine of the 10 House Republicans who voted to impeach Trump signed another letter to House Speaker Nancy Pelosi asking her to “immediately cease any and all efforts by the House Administration Committee to reverse the result of that election,” the Washington Post reported. Pelosi’s office referred questions on the second congressional district seat to the committee; a committee spokesperson said in an email the Speaker “has no role in or authority over the investigation.”

House Democrats say it would be a dereliction of duty to not take on Hart’s case. “It is the committee’s constitutional duty to investigate all these claims,” said California Rep. Zoe Lofgren, the chair of the committee, at a March 10 hearing. “It should not be surprising that any candidate in these circumstances with a margin this close would seek to exercise their rights under the law to contest the results.”

Pelosi said on Thursday that she supports Lofgren and the committee’s work. “We want to be fair. If I wanted to be unfair, I wouldn’t have seated the Republican from Iowa, because that was my right on the opening day,” she said at a press conference, noting some Democrats had urged her not to seat Miller-Meeks. “But we didn’t want to do that. We just said, ‘Let’s just go through this process.’”

Among Republicans’ complaints is that Hart should have brought her case to the Iowa courts, not Congress. Though there is no official requirement that Hart seek relief through the courts, Republicans allege she bypassed that option in order to seek a favorable result from a partisan, out-of-state body. “Did the Democrat … candidate go to the courts, or go to Congress? Because the system says she could go to the courts,” Leader Kevin McCarthy said in a testy exchange with a reporter last week. “[Pelosi has] got six members that [are] going to disenfranchise the more than 400,000 people that voted in that district. Pure politics.”

Hart says she took the dispute to Congress because there wasn’t enough time for a fair challenge to play out in the state’s judicial system ahead of the state deadline for a decision. The election’s results were certified on Nov. 30, after which she had 48 hours to file a challenge in Iowa. The courts would have had to rule by Dec. 8. “The truncated timeline of just a week was insufficient time for an Iowa contest court to decide on rules, let alone to convene, organize, and conduct a complete hand recount of the district,” says Riley Kilburg, communications director for Hart, in a statement.

It’s not unheard of for the Committee on House Administration to review contested elections. Even now, there is another case pending before the committee from Illinois’ 14th congressional district. The Constitution gives each chamber of Congress the authority to judge the elections of its own members, and challenges today typically come before Congress by way of the 1969 Federal Contested Elections Act. The law gives the Committee on House Administration sweeping powers to investigate election challenges, and after review, it may make a recommendation to the full House, such as seating the person they determined to be the rightful winner, or declaring a vacancy. The House could then act upon the recommendation with a simple majority vote.

Historically, challengers like Hart have not had much success in this arena. According to the Congressional Research Service, between 1933 and 2009, the House considered 107 contested House races. Only three resulted in a race being overturned and the challenger seated; a fourth remained vacant.

And not all Democrats are on board with Hart’s efforts. Some, like Minnesota Rep. Dean Phillips, have argued against overturning the election. “Losing a House election by six votes is painful for Democrats,” he tweeted. “But overturning it in the House would be even more painful for America. Just because a majority can, does not mean a majority should.” Rep. Susan Wild of Pennsylvania also said she does “not believe it is the role of House members to dictate the outcome of elections” if there is not evidence of “rampant error,” according to the Associated Press.

The timeline for Hart’s case is unclear, with some saying it could take months to investigate. For now, Miller-Meeks remains the current sitting official for the district, which was previously represented by a retired Democrat. A doctor, Miller-Meeks has been among the most vocal House Republicans in encouraging people to get vaccinated against COVID-19 at a time when several House Republicans have reportedly chosen not to. She also recently made a high-profile trip to the border along with McCarthy and other House Republicans to talk about immigration.

And despite Republicans’ objections to Hart’s complaint, getting Democrats to vote on the matter could present the minority party with an opportunity to rally their base. Asked whether Republicans would like to see Democrats on the record voting in favor of overturning an election, Iowa state GOP chair Jeff Kaufmann says: “I’ll be real honest with you, if I wear my Republican Party of Iowa hat, I guess the answer would be yes. I would love to.” Asked why this would be powerful messaging for Republicans, he says, “It reinforces the theme that Pelosi and the Democrats will do anything in the pursuit of power.” 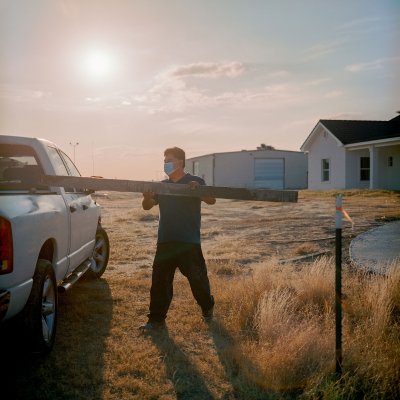