As the first day of the 2021 men’s March Madness tournament gets underway, the NCAA is contending with backlash over resources it provided for women’s tournament teams.

In a now-viral video that has been watched over 9.3 million times on Twitter and over 1.4 million times on TikTok, University of Oregon forward Sedona Prince compares the weight rooms set aside for the men’s basketball teams at the NCAA tournament bubble in Indianapolis and the women’s teams at the bubble in San Antonio. While the women’s teams seem to have been allocated one small rack of low-weight dumbbells at the San Antonio bubble, Prince shows the men appear to have access to a fully outfitted weight lifting facility.

“It’s 2021 and we are still fighting for bits and pieces of equality,” Prince wrote.

“These women want and deserve to be given the same opportunities,” Kershner wrote. “Not only that — three weeks in a bubble and no access to [dumbbells] above 30s until the sweet 16? In a year defined by a fight for equality this is a chance to have a conversation and get better.”

In her video, Prince also addresses NCAA Vice President Lynn Holzman’s claim that the discrepancies were the result of a lack of space, including footage of a large vacant room next to the dumbbell setup.

“We acknowledge that some of the amenities teams would typically have access to have not been as available inside the controlled environment,” Holzman said in a statement posted on Twitter on Thursday. “In part, this is due to the limited space and the original plan was to expand the workout area once additional space was available later in the tournament. However, we want to be responsive to the needs of our participating teams, and we are actively working to enhance existing resources at practice courts, including additional weight training equipment.”

Additional social media posts, including another TikTok video from Prince, revealed further glaring differences between the gifts and meals that have been presented to the women’s and men’s teams.

In the wake of these posts, both NBA and WNBA players, including Steph Curry, Sabrina Ionescu, Kyrie Irving and A’ja Wilson, have thrown their support behind the women’s teams on social media. “That NCAA bubble weight room situation is beyond disrespectful,” Wilson wrote on Twitter.

Neither Prince nor the NCAA immediately responded to TIME’s request for additional comment.

The women’s NCAA basketball tournament is scheduled to begin on Sunday. 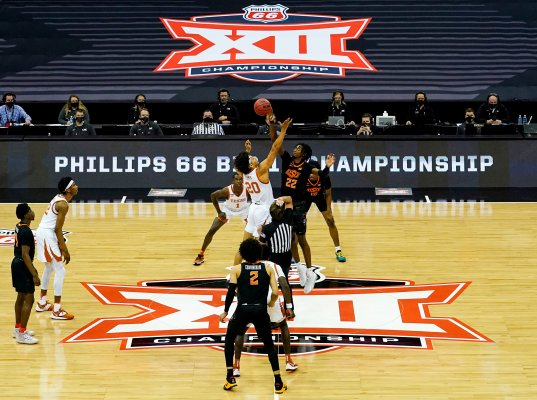 March Madness Is Back. And It's Going To The Supreme Court Too
Next Up: Editor's Pick