In The Falcon and the Winter Soldier, streaming March 19 on Disney+, Captain America is gone. Or, at least the Steve Rogers who appeared in nearly a dozen Marvel movies, is anyway. The man who answered to the name “Cap” for over a century has retired, and the question of who will carry his shield looms large over the show.

The most obvious candidate is Sam Wilson, who goes by Falcon (played by Anthony Mackie). Captain America’s longtime sidekick, who appears in Captain America: The Winter Soldier, Captain America: Civil War and the various Avengers movies, looked to be getting a promotion. At the end of the last Avengers movie, Endgame, Steve Rogers (Chris Evans) hands his shield and, by implication, superhero duties over to Sam. This parallels Sam’s comic book storyline in which Captain America assigns Sam to be his replacement.

Sam has the support of another one of Captain America’s old buddies, Bucky Barnes, aka The Winter Soldier (Sebastian Stan). Bucky, a childhood friend of Steve Rogers, has been a hero, a villain and a hero again. And while some fans speculated he might wear Captain America’s spandex suit next, as a former bad guy, Bucky is far from the ideal candidate for a patriotic symbol.

But at the beginning of this new show, Sam is reluctant to take on the mantle of Captain America. In the first episode, Sam implies that perhaps he doesn’t want to wear the stars and stripes of a country that does not yet see him as equal. In an early scene, he tries to help his sister get a loan from the bank and runs up against a racist system.

Together, Sam and Bucky will have to piece together what the future of Captain America looks like. And we, as an audience, will get a better sense of the future of the Marvel Cinematic Universe (MCU). Just after Marvel wrapped up its epic Avengers storyline and killed off its biggest star, the pandemic struck, delaying the release of the studio’s next films. For over a year, fans have waited for some hint at what new superheroes would emerge as the protagonists of the fourth phase of the MCU.

We got our first hints with WandaVision, the first MCU show to premiere on Disney+. That series centered on Wanda Maximoff (Elizabeth Olsen) and mixed an exploration of trauma with magic battles between witches. It seems that Marvel is hoping to use multi-episode TV series to not only build former sidekicks—including Wanda, Sam and Bucky—into heroes in their own right, but to explore social and political issues in a more nuanced way.

Marvel has planned a whopping 14 similar spinoff series for Disney+, including a show centered on fan favorite Loki (Tom Hiddleston) and one set in Black Panther’s homeland of Wakanda. And when more movie theaters reopen, there’s a chance that characters like Wanda and Falcon and Loki will show up on the big screen.

But to understand how The Falcon and the Winter Soldier may impact the future of Marvel, first you must understand the origins of Sam and Bucky. Here’s everything you need to know.

What Marvel characters are in The Falcon and the Winter Soldier?

The main characters in the series are Cap’s old friends, Bucky Barnes and Sam Wilson.

Bucky and Steve were childhood friends who fought alongside one another during World War II in Captain America: The First Avenger. Both of them got frozen in time and reborn during the 2010s. Bucky was kidnapped by a Nazi offshoot called Hydra and brainwashed, becoming killing machine. They also gave him a mechanical arm. He murdered, among many others, the parents of Tony Stark, a.k.a. Iron Man (Robert Downey Jr.). That, as you can imagine, creates some tension within the Avengers team.

Cap fights Bucky in Captain America: The Winter Soldier, and saves him in Captain America: Civil War. He eventually takes Bucky to Wakanda, the home of T’Challa, aka Black Panther (Chadwick Boseman). There, T’Challa’s sister, science wiz Shuri (Letitia Wright), figures out how to deprogram Bucky’s brainwashed brain. Bucky then fights alongside the Avengers in Avengers: Infinity War.

Air Force veteran Sam met Steve after Steve re-awoke from his time being frozen in the 2010s. Sam had spent his military career essentially wearing a pair of wings and swooping into countries to execute highly covert missions. It’s unclear why Sam appears to be the only person in the military with this cool wing tech, but it comes in handy when he, too, becomes an Avenger in Captain America: The Winter Soldier.

A few other familiar faces from the Marvel Cinematic Universe are set to appear in the show, including Sharon Carter (Emily VanCamp), an agent of the government group SHIELD once assigned to protect Captain America without his knowledge.

James Rhodes, a.k.a. War Machine (Don Cheadle), another member of the Avengers, will also appear in the series. He and Sam will likely consult on the future of the Avengers now that Iron Man and Cap are gone.

Daniel Brühl will also return as the villain Zemo. More on him later.

What happened to Captain America?

A brief Captain America primer: Steve Rogers is over 100 years old. How? Well, first he was injected with super soldier serum during World War II. Then he fought some and evil dudes at Hydra. In the course of that fight, he crashed a plane into a big pile of ice to save the world, and somehow that ice froze him and kept him from aging. (Don’t think about it too much.) The government agency SHIELD recovered him in the 2010s, and he became an Avenger.

If you missed Avengers: Infinity War and its sequel, Endgame—honestly, I don’t know why you would be seeking out this Marvel TV show featuring sidekicks from the movies if you hadn’t—know that a big, purple bad guy named Thanos snapped his fingers and made half the beings in the universe disappear—often called “the Snap.” Five years later, the Avengers figured out how to bring those “snapped” people back using time travel shenanigans to obtain these MacGuffins called Infinity Stones.

At the end of Endgame, Captain America travels back in time (see: time travel shenanigans) to return all the Infinity Stones to their rightful owners. But instead of returning to the present after he completes that task, he decides to remain in the past and rekindle his relationship with Peggy Carter, his love interest whom he fought alongside in World War II. (Cap also briefly had a romance with Peggy’s niece Sharon Carter, which means he maybe kissed his own niece? It’s extremely gross.)

So in modern day Marvel world, Steve Rogers is quite old and not exactly in fighting shape, as much as I personally would love to see Chris Evans in old age makeup punching some Hydra goons.

Steve hands the shield to Sam at the end of Avengers: Endgame, and tells him the shield is his. Sam, then, should theoretically be the one to take up the Captain America mantle. But it seems as if he has not yet done so by the time the show has begun. So The Falcon and the Winter Soldier grapples with the idea of whether the world needs a second Captain America and, if so, who that person should be.

Where does The Falcon and the Winter Soldier fit in the MCU timeline?

Anthony Mackie in Falcon and the Winter Soldier
Marvel Studios

The Falcon and the Winter Soldier takes place after Avengers: Endgame and the events of WandaVision. Wanda created the Hex just weeks after she returned from being Snapped. Falcon and the Winter Soldier is set about six months after Avengers: Endgame. So while Sam is practicing throwing Cap’s shield like a frisbee, Wanda is probably floating in her little cabin, studying magic in those chic monochromatic sweats.

In both shows, the world is still reeling from the Snap. Those who remained aged five years and moved on with their lives. Those who returned are trying to find their place in a world that’s familiar but changed.

In Falcon, we see Sam try to help his sister apply for a bank loan, and the banker remarks that he can’t offer the loan in part because Sam hasn’t had any income for the last five years…because he wasn’t alive (which, that’s a messed up policy for the bank to have!).

And then there are the people who liked the Snapped version of the world better. Enter: the bad guys.

Who are the villains?

There seem to be multiple villains in this series. First, there’s a group of anarchists who thrived in the chaos of the post-Snap years and want to return to that state of the world. Their immediate goal seems to be a world without borders for the sake of creating chaos, I guess. They do some general terrorizing, though it’s unclear as of yet what their concrete goals are.

Then there’s someone who looks to be less a villain, and more of a rival. Previews for the show have suggested that the government, reluctant to lose the symbol of strength and hope that is Captain America, tries to quickly replace Steve with some random white dude who vaguely looks like Steve. (That seems like folly: nobody else could have “America’s ass.”)

Given that Steve gave his shield to Sam, I’m hopeful that this means The Falcon and the Winter Soldier will explore the question of who gets to be a hero—the Black man who worked for it and earned the title, or the white guy who stumbled into that position.

But it seems the ultimate big bad may be Zemo. Zemo’s wife and children were among the civilians killed in a country called Sokovia during the Avengers’ fight with a genocidal AI named Ultron in Avengers: Age of Ultron, one of the worst MCU movies but one of the most important plot-wise. Wanda and Vision were both introduced in Age of Ultron, and WandaVision sometimes flashes back to Wanda’s childhood in Sokovia.

Anyway, Zemo blames the Avengers for the death of his family—which is actually fair since Tony Stark created Ultron, though Tony did not intent to make him genocidal. In Civil War, Zemo tries to enact his revenge by destroying the Avengers team from the inside. It’s a rather convoluted plan, but he first frames Captain America’s bestie Bucky for killing Black Panther’s father. Then, after the Avengers are already arguing, Zemo reveals that Bucky—while brainwashed—killed Tony’s parents. 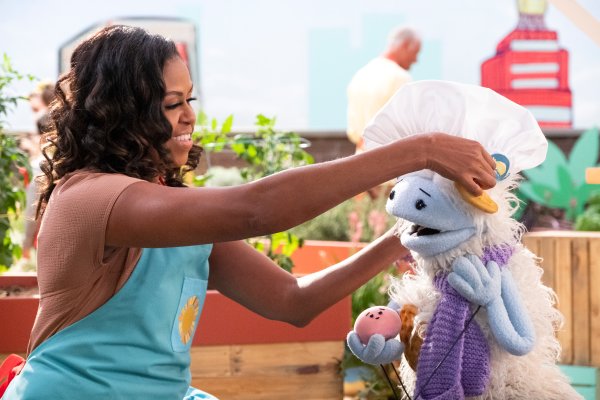